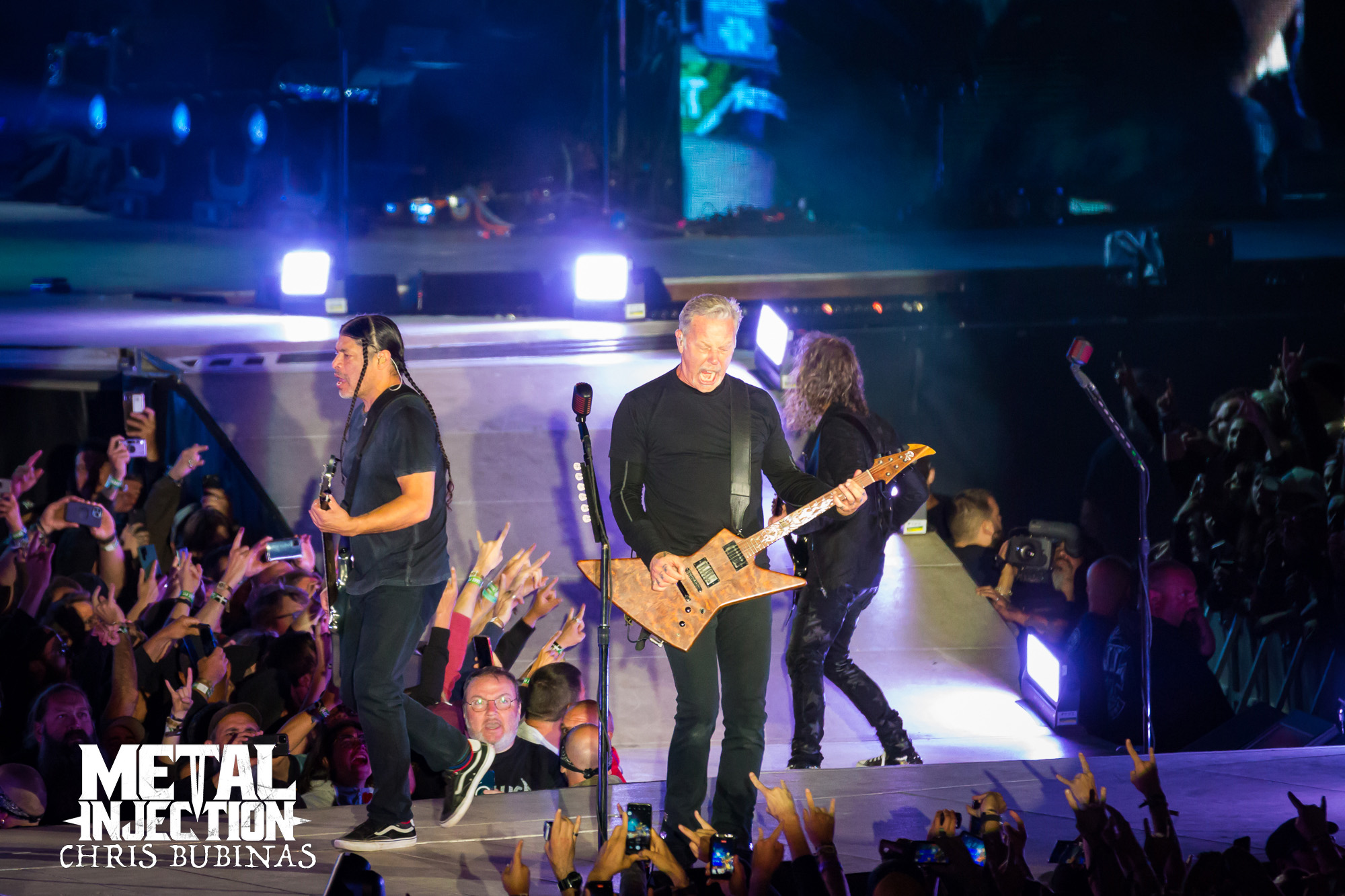 Metallica will play their Helping Hands show benefitting the All Within My Hands foundation at the Microsoft Theater in Los Angeles, on December 16. If you're not in the area, Metallica has just announced they'll livestream the show in full on Paramount+ with a simulcast going on Pluto and MTV's YouTube.

The show will be hosted by Jimmy Kimmel and will be opened by Greta Van Fleet. Check out the band's full statement below.

"We're looking forward to celebrating the achievements of All Within My Hands in Metallica's final show of the year, the Helping Hands Concert & Auction at the Microsoft Theater in Los Angeles, on Friday, December 16th. As our third Helping Hands event, this is the very first time that it will be streamed live with a full audience in the house, thanks to our friends at Paramount+.

"In another first, we're also honored to announce that Jimmy Kimmel will be joining us to host the show! Make sure to tune in early as it all kicks off at 5:30 pm PT streaming live on Paramount+ and simulcast on Pluto and MTV's YouTube channel. Don't miss the special guests and presentations, Greta Van Fleet's set, and a few surprises before Metallica hits the stage.

"We'll also have some amazing items and experiences that will be auctioned off starting December 5, all to benefit the Foundation, with 100% of ticket and auction proceeds going directly to those in need. Established in 2017, All Within My Hands works with partners around the world to combat food insecurity, provide funds in areas of natural disaster, and support education with the ground-breaking Metallica Scholars program, now in its fourth year."