Yesterday, we reported on some shocking allegations by Otep Shamaya, who announced her band would be dropping off the Civil Unrest tour because the frontman of the opening band, Terror Universal allegedly "violently attempted" to grab her crotch.

Now, the tour's headliner, Ill Niño, have issued a statement basically saying both bands are off the bill:

“ILL  NINO does not condone any forced act of violence or sexual nature towards any human beings, nor will we tolerate violations of one’s personal space.  This also goes for cyber-bullying, or making demeaning comments towards ANYONE on social media.  We strongly support equality for all.

“We would like to draw closure by stating that the CIVIL UNREST TOUR will continue without participation from either OTEP or TERROR UNIVERSAL.  We’re looking forward to hitting the road, reuniting with our fans and friends, and also sharing the stage with our tour brothers, and sisters, KITTIE & 36 CRAZYFISTS.  Stay tuned, more bands to be added!!”

On a related note, there are a million bands on this tour. How is anybody going to make money when you have to split the take so many ways? That means the opening bands are probably only going to make like $100 a night, barely making enough for gas. Exciting times. 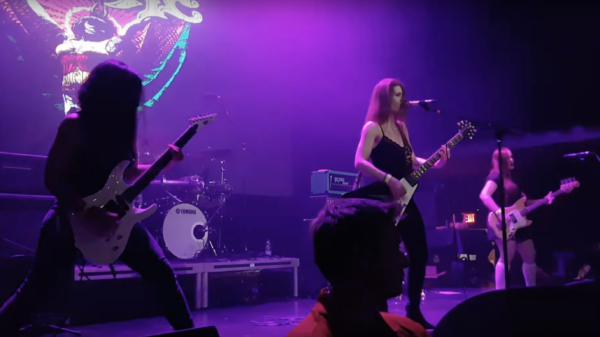 They have two reunion shows coming up starting this summer.