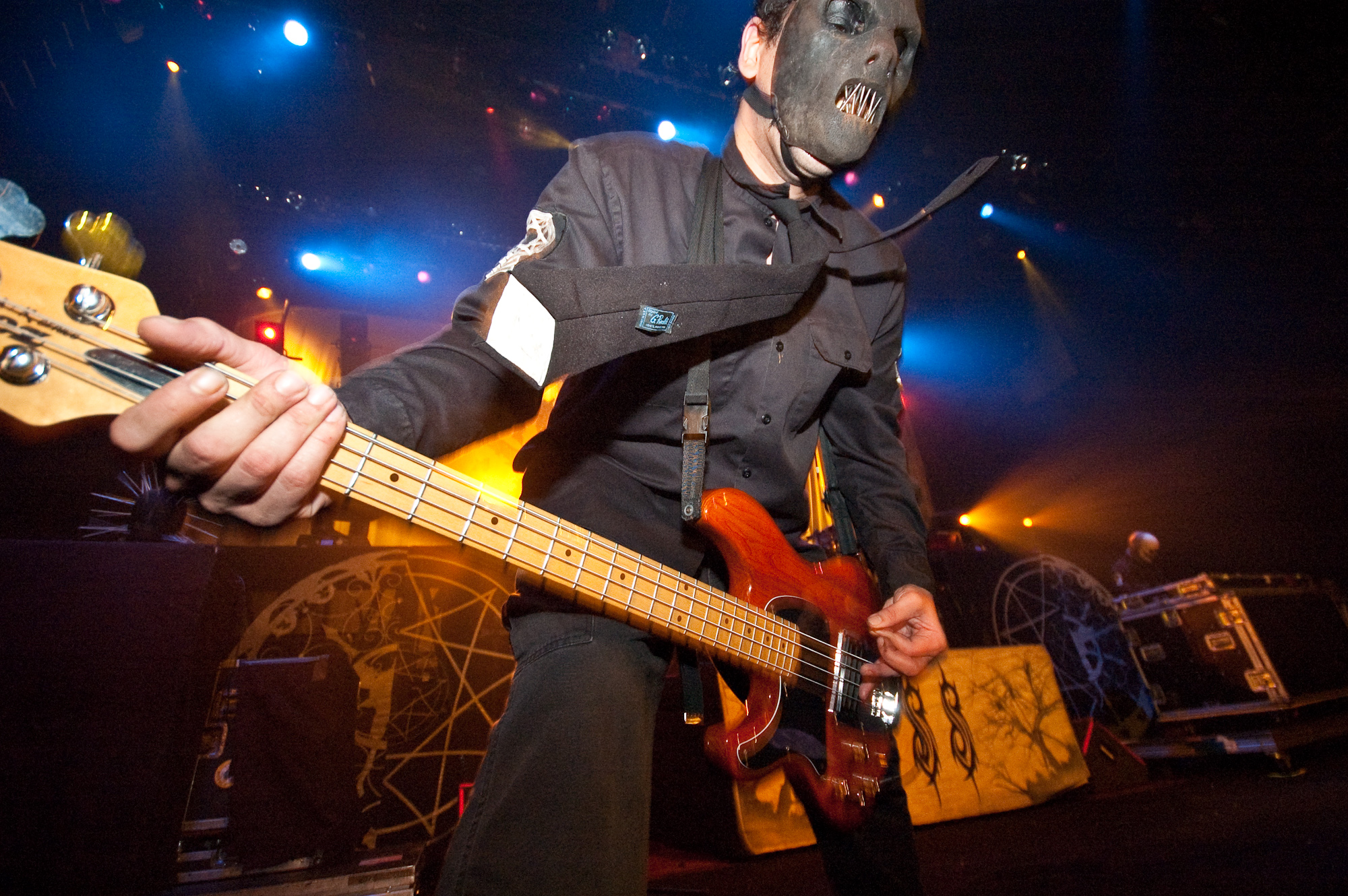 Today, May 24th, marks the ten year anniversary of a very dark day for Slipknot fans, as it's the tenth anniversary of the death of bassist and founding member, Paul Gray. Gray, who struggled with drug addiction was found dead in a hotel room after overdosing on drugs.

Ten years can pass in an instant. Five years ago, to commemorate the anniversary, Slipknot frontman penned a very personal letter to Gray in Kerrang magazine. They republished it today. Here are a few excerpts of Corey's words:

"There's not a day that goes by that I don't think about him," Corey wrote. "When I'm on the road, the live shows bring back our times together. When I'm home, this house and the pictures in it remind me of good times and bad. When I'm listening to music, I think about the two of us, cranking new and old tunes in his car or mine, rocking out like little kids and giggling because the stuff is so awesome."

He continued: "I think that's the overall memory I cherish the most about him: his energy and his excitement. Even if you weren't 'feeling' something musically or anything else to do with the band, he was the world's best cheerleader. After one conversation with him, you'd be so ready to play or tour or record or whatever that you'd be jumping out of your skin. Whenever I'm feeling jaded, I remember that. I remember this gift that he and I and the rest of SLIPKNOT were able to build together."

Taylor added: "I had the privilege of making music with Paul Gray for 13 years. I learned so much from that man that I still use his ideology and methods to this day. I got to travel the world with him. I got to see things not a lot of others would ever hope to in their lifetimes. He and I built a career out of passion, music, anger and art. We may have had our ups and downs, but he loved every minute of it. I know I did."

Taylor once told Revolver some poignant advice the late great Vinnie Paul gave him about losing a close band member, and brother, and it's advice that Taylor says stuck with him the most.

"The thing that they let me know is that it never really goes away: There's always a hole, basically. It may get better, but it never really goes away. The best advice I got was from Vinnie. And he basically told me — and this is a guy who not only lost his bandmate, but he lost his brother, his true brother — he let me know, he's like, "Man, the thing you've gotta remember is you're living for two. You're living for two now 'cause his spirit is never gone." He's like, "So everything you do, every experience, every victory, you know, you're winning for two, you're living for two, you're laughing for two. That's forever." And that … it made it a little easier for me. It let me enjoy things. It let me love again, basically, let's put it that way. And I keep Paul with me every day, you know. And I can't tell you how much I appreciate Vinnie sharing that with me 'cause, I mean, I knew Vinnie and Dime, both, you know. They were at our first show in Dallas. We got to hang out with them — they were the first dudes that really went out of their way to embrace Slipknot, as far as, like, other bands go. And it was great, it felt really good to know that Vinnie was sharing something with me like that."

Last summer, a tribute note was found written by drummer Jay Weinberg at Gray's grave. It wrote "Dear Paul – I hope you're proud of the music we've created. Your presence guides this band in spirit + and sound. I think you'll dig the new record. At least I hope you do. All the respect and love in the world. We are not your kind. Long live the Knot -Jay"