#TBT: How EXTOL'S 'Christian Metal' Label May have Cost<em>Undeceived</em> the Recognition it Deserves

Welcome back to Throwback Thursday! This is the place where we get to indulge in nostalgia and wax poetic about excellent metal of years past. Today's 28th TBT delves into the controversy surrounding Christian metal and how Extol strived to be taken seriously with Undeceived.

To explain their dissociation with metal popularity requires a little background first. In 1994, four boys started Extol in a church. A church. You know, those places edgy metal lords like to joke about burning to the ground? Before we continue talking about Extol and Undeceived, let's have a discourse about the church, Christianity, and metal.

I can't ignore the appealing respite metal often offers to Atheists, Satanists and hedonists; however metal is also a genre of contraryism and independence. To sing about a Christian God in the heathen-filled annals of metal is in an of itself provocative.

Metal a genre home to bands which are the most lyrically, sonically, and artfully diverse from one another. Umbrellaed under the term 'metal', we find a staggering amount of subgenres who sing of everything from space, to mead, to suicide, to surgery with no anesthesia (the way that I want you to diiiie). In light of that fact, why is God a verboten topic? Can a person love God and still be considered 'cool' or 'metal'? Are believers unallowed to like metal because of their conservative and wholesome affiliation?

One of the negative public perceptions of Christian metal is shared succinctly in this clip from King of the Hill:

Rock 'n Roll was once thought of as 'The Devil's Music', a term which has ascended from a label of repulsion and damnation to a happily-curated trademark for the metal genre extending back to it's earliest roots, around the 1970's.

Let's not split hairs, here. Stereotypically, what 'Christian' metal implies is that music won't be tough and that the musicians won't be talented beyond G major to E minor praise and worship chords. How can a theme centered around God be extreme enough to hang with metal brootalness?

Some early efforts to break a few of these stereotypes come from the glam band Stryper:

Before you laugh your skinny jeans off, take into consideration that this song was released in 1986 and Grammy nominated. They may have hurt the Christian metal stereotype as much as they helped it, but Stryper own who they are. Their look was on-trend with what was popular at the time, and their sound was right on par with some of the most successful glam bands of that era. By all 1986 glam/hair band standards, they were killing it. Only, they chose to sing (rather humorously) about their love for God.

I'm not comparing Extol directly to Stryper because they are wildly different bands sonically and emotionally. But, perhaps when serious metal lovers think of Christian metal in 2018, they're reminded of the bumble-bee color scheme sported by the Spandex-laden glam rockers and decide that Christian-labeled metal, and thus Extol, may not be worth their time.

That is a shame, and let me remind those dissenters that not all bands are created equal. There are a ton of great Christian-labeled metal bands (who are more modern and drastically less cheezy than Stryper). Extol is a case of the genre title severely limiting the expectations of a band. There are many metal bands whose ideology most of us don't actually agree with because of extreme lyrics, racist/nationalist symbolism, and torture-laden imagery. So, why call one fandom escapist and 'fantasy', but pull all metal-card holdings when it comes to Christianity? Do what you want, but you'll miss out on some seriously fantastic music.

Do you have to like Christian metal? Nope. Are Extol just regular-ass people who want to love Jesus and make metal? Yes. And are they allowed to do that? Fuck yeah, they are. So, if I'm making any argument at all here, it is to not "throw the baby out with the bathwater". Undeceived is well-written and intensely interesting progressive/death album with some really killer tracks.

David Husvik and Ole Borud are the driving forces and main composers behind Extol. The Norwegian band has seen a variety of line-up changes and even took a break from 2005-2012. This large break is no-doubt another contributing factor to the decline in popularity for the band. Prior to the break-up, Extol hit a 4-year sweet spot with the release of their debut album Burial, followed by Undeceived and subsequent release Synergy.

Undeceived highlights their transition into harder, more progressive death metal. It's a fantastic record, full of clean-vocals, unhinged growls, and tight riffs that flow into looser, explorative, melodic moments. Check out track "Undeceived" on Spotify. As soon as the guitars kick in, it's immediately awesome. Mid-tempo death riffs escape the trappings of being boring by having melodic second guitars that meander into a half-stepped ugly, but fitting, solo.

In fact, ugly/pretty is a common theme throughout Undeceived. I really appreciate that these moments are short-lived and not used as a gimmick to keep the music interesting. Frustratingly enough, I couldn't find most of the tracks off of Undeceived on YouTube. The only song that hasn't been yanked off of there is "A Structure Of Souls":

If you want to try my favorite track off of the album, try this Spotify link to "Ember".

If you want to know what Extol has been up to, you can check out their 2015 documentary Extol: Of Light and Shade. It comes with the tagline, "God Bless Death Metal".

Undeceived is an album that should put to rest any notion that limits talent because of faith. To disregard their extraordinary talent would be myopic and ignorant. The record is brilliant, and these guys are serious musicians. It's an album that I keep going back to almost 20 years later because it's that good. If you've shied away from Christian-branded bands, give Extol and Undeceived a chance to be your exception to the rule.

In this article: Extol, Undeceived 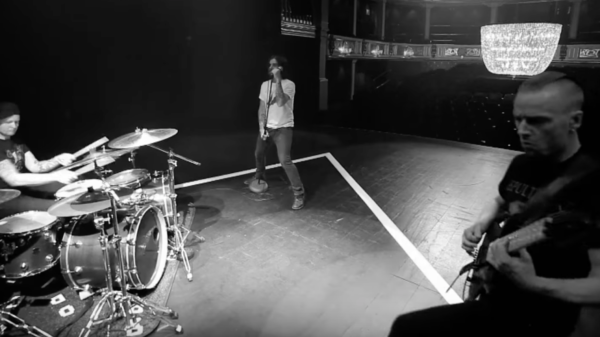 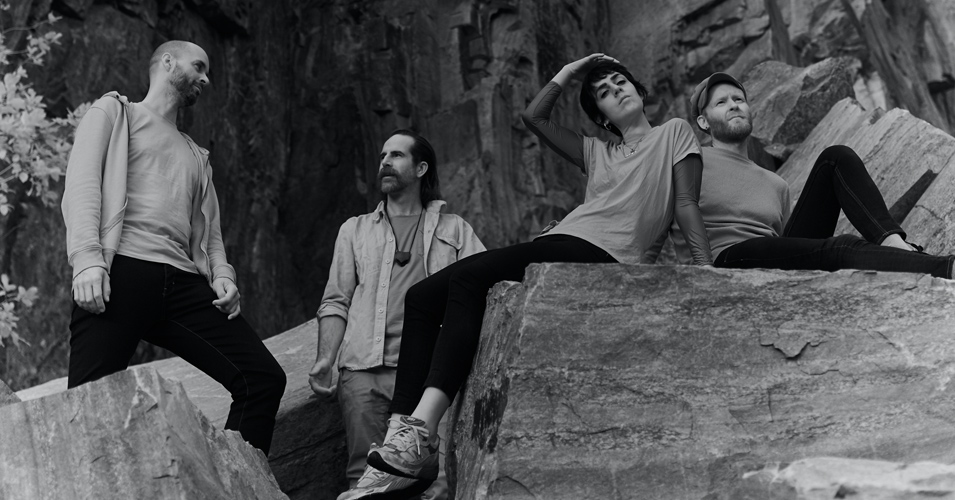 How is this band so good? 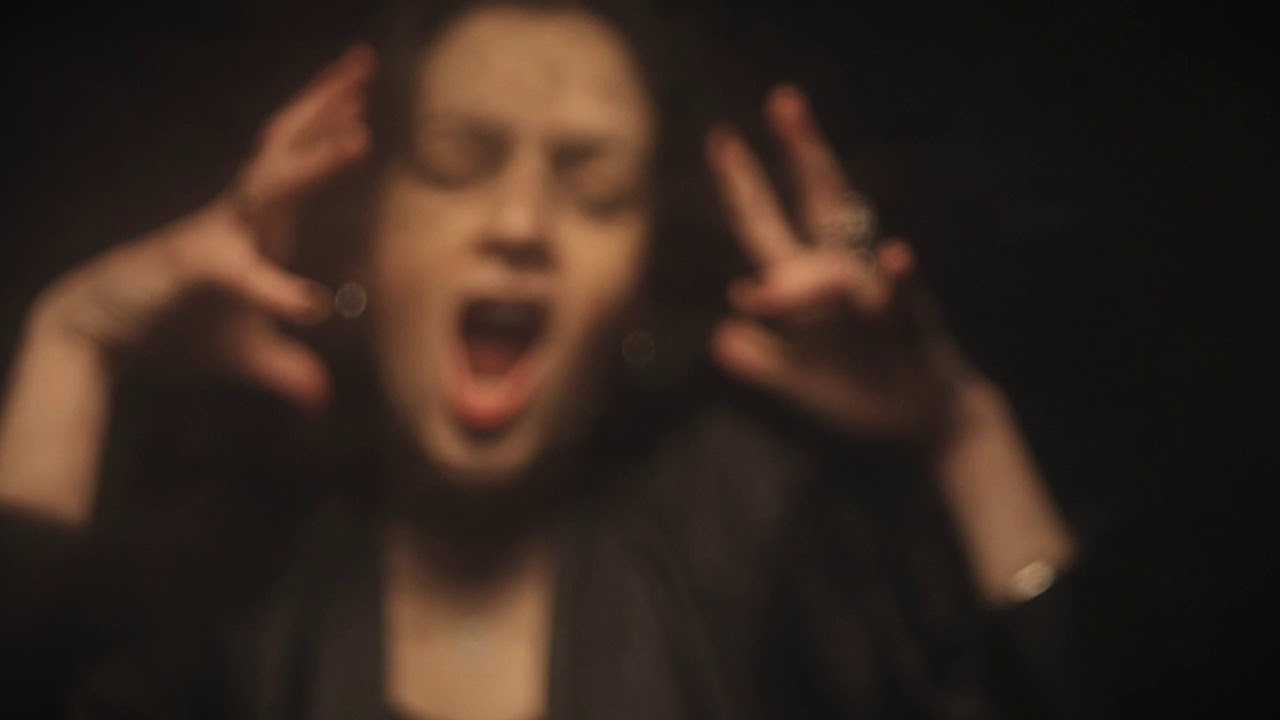 This band is so, so good.