#TBT: DARK TRANQUILLITY'S MeloDeath Genre Staple <em>Character</em>
Do you get high on Nymphetamine?

Welcome back to Throwback Thursday! This is the place where we get to indulge in nostalgia and wax poetic about excellent metal of years past. For this week's 24th edition of TBT, we're taking a look at an extreme band whose 2004 black/goth/thrash/symphonic metal release landed them a Grammy nomination for Best Metal Performance for Nymphetamine. Their commercial success spurred a negative backlash from fans who wondered if black metal could ever be both mainstream and true to the genre.

From here, their albums evolved gorgeously. Evoking Lovecraftian-imagery, Cradle of Filth fell further down the well of symphony and drama. It was a potent mixture that attracted global fandom. From their inception up until the release of Nymphetamine, there isn't a dud in their discography. In 2003, Cradle of Filth released Damnation and a Day on Sony records. The album demanded the attention of new and old fans alike, drawn to the extreme juxtaposition of traditional Cradle of Filth wickedness with an 80-piece backing orchestra. Critically, the album was bashed for being 'too meandering' and 'a shame so much production went into such long and trying songs'. That is why subsequent album Nymphetamine's success comes as such a surprise – and controversy.

A mere year later, Cradle of Filth jumped ship from Sony to Roadrunner to release the subject of today's TBT Nymphetamine. The ever-evolving sound of the black metal genre finds a new home with Cradle of Filth's sixth studio album Nymphetamine. The album debuted incredibly making its way into music charts worldwide. Perhaps it was the momentum of Cradle of Filth's success, but the fans who rushed to buy the album later turned their backs to Nymphetamine's critical success. Aside from it's Grammy nod, Nymphetamine hit place 89 on the US's Billboard charts and 92 on UK Albums chart.

Let's stop to think about how phenomenal of an achievement that is for Cradle of Filth. This is extreme metal we're talking about. Their music has been described as 'listener-friendly with aggressive, rigid elements'. That is putting the entire nature of the band mildly. Dani Filth's vocals range wildly from mid-range rips to low, bubbly, thick, popping growls. Check out album stand-out "Nemesis":

Filth's vocals sound like a banshee screaming in from another dimension attempting to materialize in our world. They are brilliantly chilling and simply unparalleled. Considering that the vocal hook contains the lyrics "black is my heart", it's amazing that this album and this band was so lauded. Brash assumptions of the band affiliated them with Satanism which unenlightened folks think of as devil-worshipping misanthropy and 'evil'. It begs the question, how did something so counter-culture become Grammy nominated?

Maybe it's because they just got everything right. From Filth's involvement in the metal community with a popular column for Metal Hammer to concept albums that beautifully defined their intentions, to voice samples on albums Midian and Nymphetamine from Clive Barker's Pinhead (Doug Bradley), Cradle of Filth carved out an image for themselves that is unshakably solid. What makes their image so powerful is the musicianship behind the music. These guys aren't mere stage ponies trotting about in their best Sunday leathers to make a quick buck. A live performance of nominated title track "Nymphetamine" gives an insight into the power and talent of Filth and accompanying band:

Here is the official video of the song that went viral for people to 'watch and react':

What is possible to have happened to Cradle of Filth is that their momentum was too great upon the release of Nymphetamine. The skill of the musicians and the constant greatness of the albums combined with the frequency of their releases spoiled fans. Cradle of Filth were accused of being posers and sellouts with Nymphetamine. Suddenly, they went from being hard, breathtaking, and edgy to over-the-top and cheezy.

So, which were they? Nymphetamine landed Cradle of Filth in an odd musical purgatory – too alienating for real, sustaining mainstream audiences and too commercial for true fans of blackened fringe goth metal. Where was Cradle of Filth to reside in the musical landscape?

The answer is wherever the fuck they want. Nymphetamine is a phenomenal album. I think they knew exactly where they wanted to go and executed Nymphetamine so well. Rob Caggiano (Anthrax, Volbeat) produced the album with far less rawness of their previous efforts. However, in lieu of rawness, we get composed and interesting tracks that don't sound like regurgitated ideas. The further integration of mid-tempo moments to the tenderness from the title track garner a dynamicness to the album that was intriguing and inspiring enough to be nominated for an award.

I really don't think that the Grammys are a well-rounded account of all that is good in music. The fact that Cradle of Filth got nominated is a fluke and I doubt we will see many extreme/experimental bands be highlighted again in such a way. My take on the situation is that it's great that hard work and talent was recognized and applauded. I wish it would happen more often.

The extremes of Cradle of Filth balance on a line of performance art and purposeful exaggeration. That is to say, I don't think many can tell how seriously the band takes themselves. I love the performance aspect of their music, and frankly, I'm not worried about black metal being represented by these guys. They're representing many genres of music in Nymphetamine. Check out track "Gilded Cunt":

Is the song crafted for its shock value? Yeah, of course, it is. It's a fantasy concept song. I think it's up to the listener to decide whether or not to take these guys 'too seriously'.

The fact of the matter is that Nymphetamine is a fantastic album. It's creative and unexpected. It's well produced, well-made music. The riffs are interesting enough to be good on their own, and yet the music becomes a sandbox for Filth's vocals to play in. Even if you strip Nymphetamine from theatrics, you'll find 6 really talented musicians.

What do you think? Do you love this album, or hate it? Sound off in the comments.

In this article: cradle of filth, dani filth 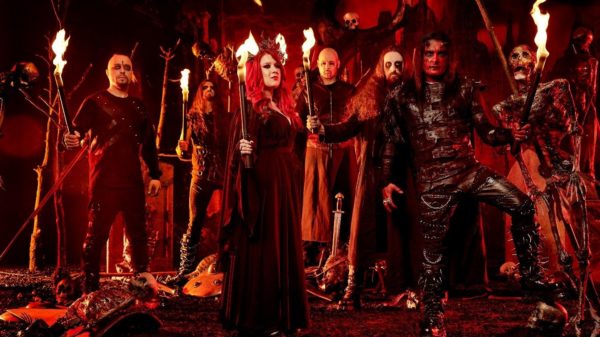 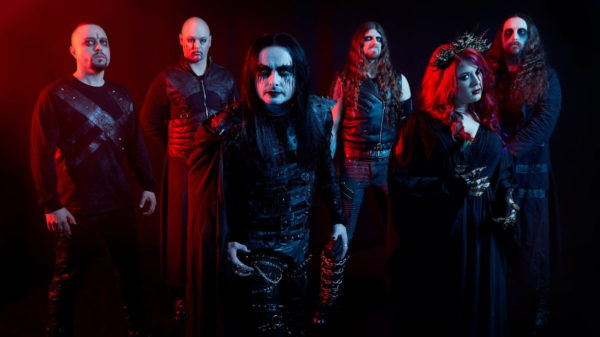