Hallå and welcome to Throwback Thursday! This is the place where we get to indulge in nostalgia and wax poetic about excellent metal of years past.

This series embarks on a journey in search of albums that have primed the canvas of today's metal music scene. For this week, the 20th edition of this series, we're going to evoke imagery of deep, luscious woods and mountains tossed upon cloudy seas thanks to the power of folk metal from…

Eluveitie is a Swiss folk metal band hailing from Winterthur, Zurich. They formed in 2002 and have found great success in their self-assessed genre of 'traditional Celtic folk music meets melodic death metal'. They've only grown in popularity since signing with Nuclear Blast. Their second full-length record, Slania, propelled them into world-wide tours and sold-out shows, having appeared on lineups such as the 700,000 Tons of Music festival.

Eluveitie produces such good examples of new millennium metal. It's exciting, well-mixed, consistent, and has this 'shine' that shows off the modern capabilities of studios, musical gear quality, and intelligent, dynamic production. Slania was Eluveitie's first super-popular album and it was generally well received by critics. However, this and other Eluveitie releases have been accused of regurgitating a worn-out melodic death metal sound but polishing it up with fun, new instruments, and a Celtic gimmick. I suppose that like all music, your own thoughts of Slania will depend upon the nuances your own musical tastes.

Personally, I disagree with the accusation. I don't mind something established being done over and over again – as long as it is done well. As an example: I have had a lot of hamburgers, but I am always excited when I meet one that is especially tasty. I love the melodic death sound popularized by the Gothenburg scene. Eluveitie executes the sound extrememly well, creating different riff-lengths and scale-compositions to accommodate the swath of eclectic instruments the Celtic side of their music brings to the table. On Slania, you'll hear hurdy-gurdy, tin whistle, bagpipes, low whistles, mendola, and bodhran in addition to guitar distortion and intricate metal drumming.

Production-wise, Slania leaves no stone unturned. I like the collection of varying vocals, the variety of the songs, the length of the album – pretty much everything from the album cover to the font of the band logo. Slania shows off Eluveitie as a tight and innovative band.

The album is mainstream, and to some, it violates the sanctity of the intimacy created by folk music. However, metal musicians are also allowed to be storytellers with voice and perspective. I really think that this album was made with authentic respect of Eluveitie's folk roots. That is to say, I don't think Slania was made to sound commercially folk, artificially infusing a borrowed melodic death sound with 'meaning' in order to hop on an emerging bandwagon in metal trends.

"The central concept and lyrics of Slania focus on a central aspect of Celtic mythology that is 'The Great Wheel' which represents the four seasons of the Celtic calendar. There are 4 main festivals celebrated in the Celtic culture that represent each of the seasons."

On Slania, you'll hear 4 instrumental tracks, each one dedicated to one of these festivals.: Samon, Anagantios, Giamonious, and Elembivos. Here's one of those tracks, "Giamonios"

Even after digging around, I can't find a direct translation of these words. What I did find is that these are names taken from something called the Coligny calendar. This is an ancient lunisolar calendar over 1,800 years old. Created by the Druids for the Celtic people, the calendar was discovered in France in the late 19th century in 73 separate bronze pieces. What I can put together, is that Samon refers to a time around January or the 1st month, Anagantios is roughly March/April or the 4th month, Giamonious is approximately July or the 7th month, and Elembivos is maybe October or the 10th month. If you can any add insight and are more versed in the Celtic calendar than I, please sound off down below!

What I will say is that the album holds the same emotional intensity throughout with the exception of these stunning instrumental tracks. Check out "Anagantios":

Good gravy that song is so beautiful. Tracks like "Anagantios" are wonderful examples of the transformative power of music. Without words, the music fills you with imagery, feelings, and emotion. The first few seconds instantly brings the listener elsewhere. And, perhaps that is what we should be focused on when it comes to Eluveite – not what genre they fall into, but how the music makes you feel. Let's not beat around the bush here: Celtic music plus metal is fucking badass. My absolute favorite track on the album is "Primordial Breath":

By now, if you've been reading weekly you know how I feel about official music videos. I fucking love them, if you haven't been keeping up. Here's one for the single "Inis Mona":

I just love the grumpy metal face of the bagpipe player Sevan Kirder (who has since left the band) and the unabashed headbanging from ex-member Anna Murphy while playing the hurdy-gurdy. Eluveitie is actually known for their super charismatic stage presence (which is nice since the band has a billion people in it) and the reaction of their crowds is one of the things that the band really cares about. They want you to feel what they're feeling. Having seen them in concert myself, I can attest to the experience being engaging.

Slania is a clean record I really enjoy listening to. It's easily in my top 50 I keep on my favorites list. How does Eluvieite stack up for you? Do you think Celtic folk metal is a silly genre, or is it just what we need to keep old traditions alive and fresh? As always I love hearing from you guys. I'll see you all next week! 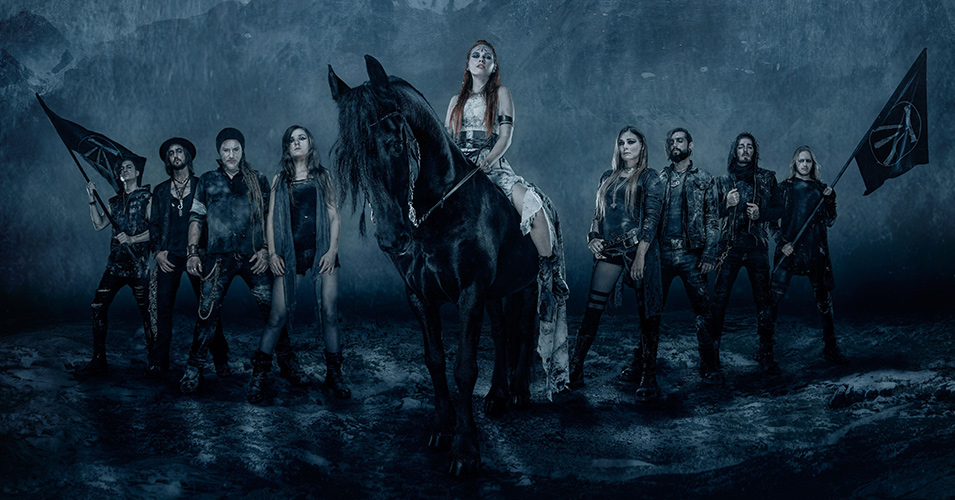 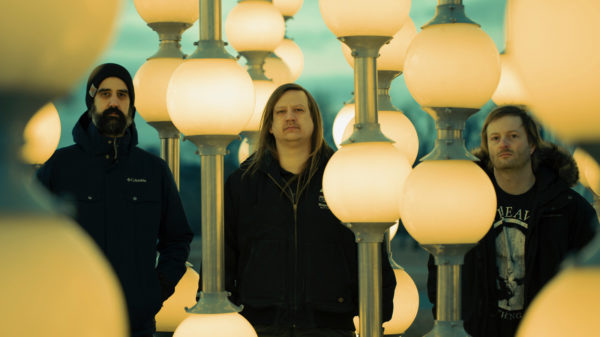