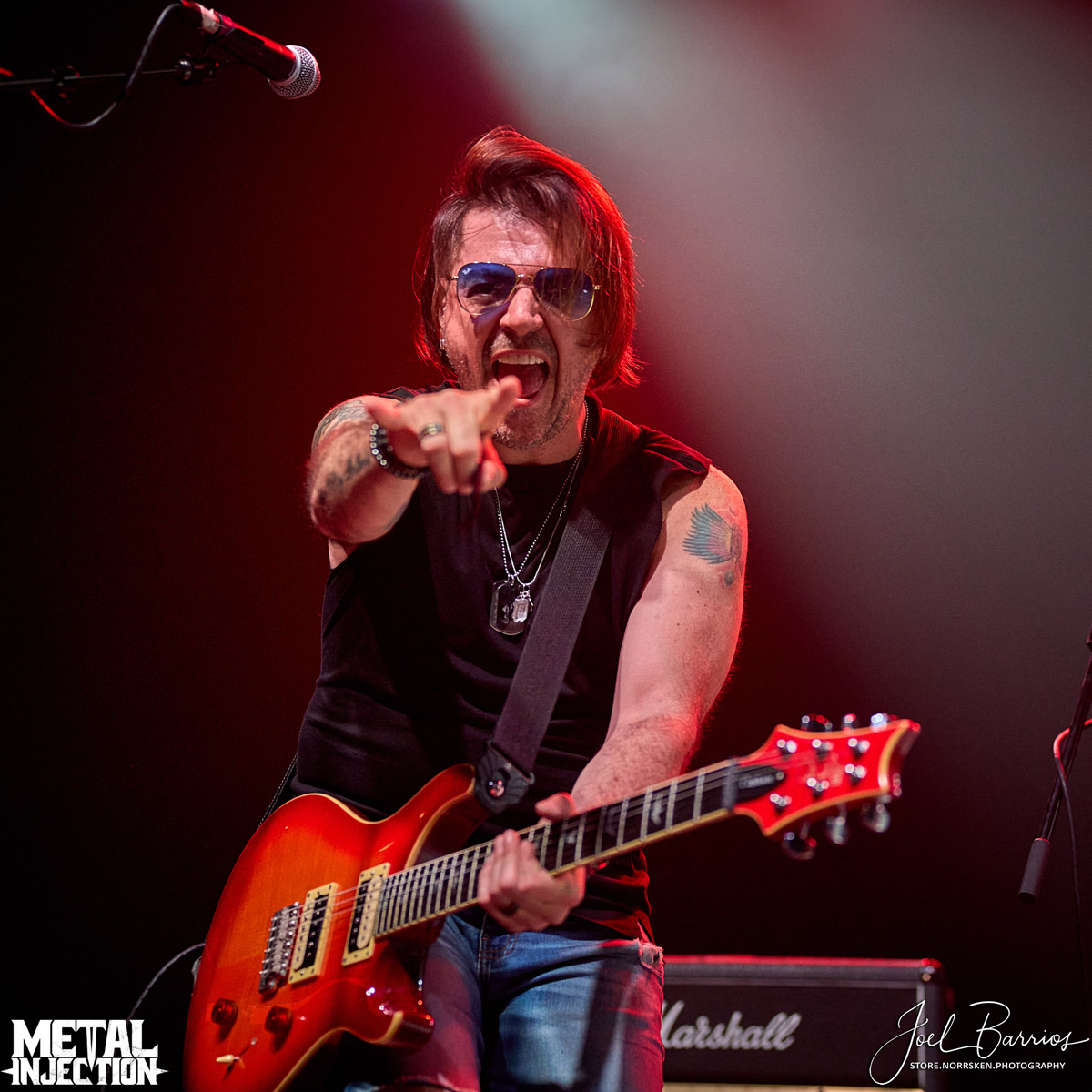 The enthralled masses of rock and metal consumers that had descended upon Center Stage Atlanta on June 1st for the 2 years in the making ProgPowerUSA XXI event had already received a veritable smorgasbord of high grade art before festivities reached the third day. But if past installments of this extravaganza of virtuoso showmanship have been any indication, things were sure to become even more interesting as this four day festival commenced its second half. True to form, the bands slated to take the stage presented a highly diverse array of stylistic expressions, though interestingly enough for an event that is often noted for its inclusion of prominent European acts, the lion's share of the talent that would arrive to wow the awaiting throngs were of a decidedly American pedigree, at least in terms of their respective places of origin.

Kicking things off in the earlier afternoon, the recently birthed Chicago progressive rock quartet The Cyberiam brought an interesting blend of retro 1970s nuance and present day practices to the table. Such noted pioneers of the style such as Pink Floyd, Yes, Genesis and Rush were among the influences that shaped the extended jams that made up the set list of these ambitious up-and-comers, while the modern punch of the guitar work and the smooth, almost pop-like sensibilities of the vocals provided by front man Keith Semple accounted for the unique flair that gave the songs their own identity. In keeping with the aforementioned greats of the past, superior musicianship was paramount in how these extended epics kept the audience's attention, with keyboardist Frank Lucas often channeling the spirit of Jon Lord, while the noodling bass work of Brian Kovacs and the jazzy, free flowing kit work of drummer Tommy Murray further augmented the elongated solo and interlude segments that adorned each song.

Things would take a rather jolting left turn with the entry of the practically neighbors, good old boys and folk-infused melodic death metal craftsmen Aether Realm. Often accused in the past of being Finnish due to their stylistic similarity to such noted bands in their adopted Northern European style as Ensiferum, Wintersun and Frosttide, this band of raucous brothers from other mothers actually hang their hats in Greenville, North Carolina, a fact that should be cleared up by the title track of their latest LP Redneck Vikings From Hell, which also kicked off their highly animated set. Though by no means slouches in the technical department, highly infectious melodic hooks were what sealed the deal for the crowd, particularly on highlight moments such as the riveting speed thrashing blaster "Tarot" and the gargantuan beast of a closer "The Sun, The Moon, The Stars". They would likewise prove their versatility with the charming balladry of "Guardian," which saw the frostbitten shouts and grows traded out for a cleaner cut vocal display, and would prove masters of showmanship by taking some tech issues that caused their highly catchy middle entry "The Chariot" to be cut short in stride.

The mood abruptly shifted from a triumphant air following a successful wild hunt to a modern one of melancholy and cynicism when L.A.'s Witherfall took the stage, but the streak of sonic greatness remained constant and even kicked up a notch. Often seen as the spiritual successors to progressive groove/thrash icons Nevermore, their set would be dominated by technically charged compositions that bridged the gap between the showmanship of traditional 80s heavy metal and the melodrama of darker side of the 90s progressive metal scene, centering upon the vocal prowess and versatility of Ronnie James Dio's much younger cousin Joseph Michael Furney. De facto wars of virtuosity raged throughout extended anthems of fatalism such as "Portrait," "Ode To Despair," and the massive 11 minute closer "Vintage," with guitarist Jake Dreyer rivaling Jeff Loomis' signature mixture of elaborate bottom-heavy riffing and lightning fast shred work, while the unrelenting battery of the rhythm section shook Center Stage to its very core.

This event's ability to shift tone in as jolting a fashion as it does stylistic mode came to ahead as afternoon gave way to evening and Saigon Kick famed guitarist grabbed the reins. Flying under the banner of Jason Bieler and The Baron Von Bielski Orchestra, said impresario would walk the line between early 90s nostalgia and modern rocking grit with a good natured and often comical demeanor, replete with self-deprecating jokes between songs about random topics from his choice of stage attire (overalls being an oddly Hillbilly approach to wooing the masses at ProgPower) to his oddball status as an unwitting hard rock chameleon turned pop ballad star via his 1992 hit song "Love Is On The Way," which capped off their set. Be this as it may, of the selections consisted of tunes from this project's recently released debut Songs For The Apocalypse that presented an updated version of the signature collage of rock influences that typified Saigon Kick and won them frequent comparisons to Soundgarden and Alice In Chains. Probably the most auspicious element in play were haunting yet lighter toned vocal harmony work courtesy of Bieler and lead guitarist Andee Blacksugar reminiscent of Staley and Cantrell, with Blacksugar highly accomplished array of guitar wizardry being a close second.

A competition of sorts could have been gleaned from the duel headliners of this evening, though in the case of veteran hard rock vocalist Jeff Scott Soto, his performance would raise the idea of crowd interaction to an art form. Opting to spend his extended 90 minute set primarily covering classic offerings from hard rock trailblazers Queen; Soto would blend a faithful replication of the stage persona of one of rock's most beloved fallen heroes with his own huskier yet equally dexterous voice. Numerous occasions were taken to break with the tradition of the whole band working as one continuous unit, with Jeff manning the stage alone to put on a brilliant display of vocal gymnastics and self-harmonization during his performance of "Now I'm Here" and a stripped down and heartfelt performance with a lone acoustic guitar accompaniment on "Love Of My Life". Sing-along romps with a rocking edge like "Fat Bottom Girls" and proto-metal crushers "Stone Cold Crazy" and "I Want it All" brought down the house in stellar fashion, and the performance turned in its grand finale on a bittersweet note with "The Show Must Go On," culminating in a lofty send off to Freddy Mercury, arguably one of godfathers of the art that would make ProgPower USA possible.

In complete contrast to the glorification of rock's past conquests, second headliner and Norwegian progressive power pioneers Conception let their music do the majority of the talking and displayed how their unique sound typified the very event itself. Led by the ultra-smooth to the point of crooning lead provided by Roy Khan, the hour and a half set that would commence via this enigmatic quartet's handiwork would amount to an elaborate dance between the dark modernity of their recent post-reformation material and the lighter, nuanced classicism of their 90s material. Highlight moments from the latter era would include the Queensrÿche meets spacey aesthetics of "A Virtual Love Story" and "Gethsemane" off their 1997 magnum opus Flow, with the extended tribal jam with a plethora of moving parts "A Million Gods" off 1995's In Your Multitude also stealing much of the show. Their newer material saw these Scandinavian surgeons of sound continuing to shine, with the concise mid-paced banger "No Rewind" and the techno-tinged cruiser "She Dragoon" being particularly spellbinding moments in a veritable gallery of high art set to music.

As the festivities yet again drew to their inevitable close, the sense of victory that had been achieved over the scourge of the COVID lockdowns hung over the audience and the performers even after the applause had ceased. In their own unique ways, each band conveyed to the throngs of onlookers their elation at being able to escape from their domiciles turned prison cells to once again deliver the goods via a stage and PA system, with Jeff Scott Soto arguably doing so in the most eloquent of fashions with a simple "I fucking missed this!". Universally speaking, even those who only know of what went down this evening via a printed article or a handful of small samples via online video had a stake in its success, as not a single one of these bands had any intention of slowing down their touring schedule after killing it during a late spring afternoon/evening in Atlanta. Much like the subject of continual immortalization present this evening in Freddy Mercury, though one day ProgPower USA (or any active musical event) may close tent forever, but when it does, it will be defiantly with its head held high. 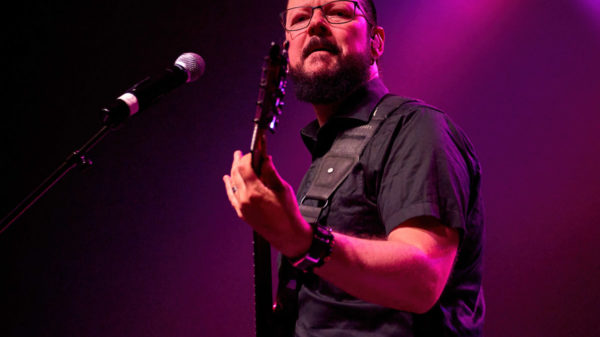 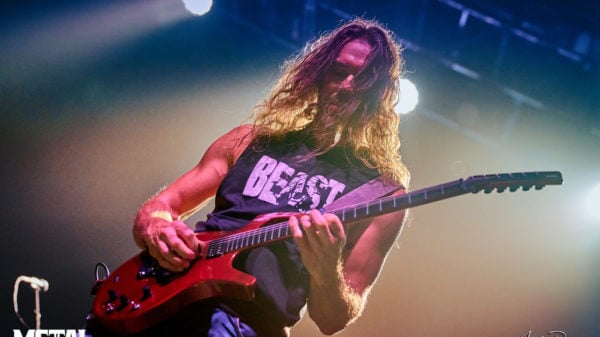 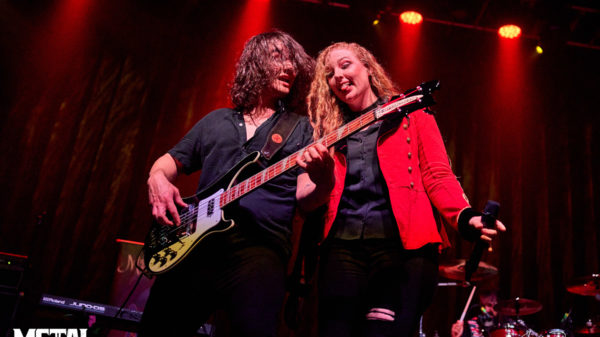