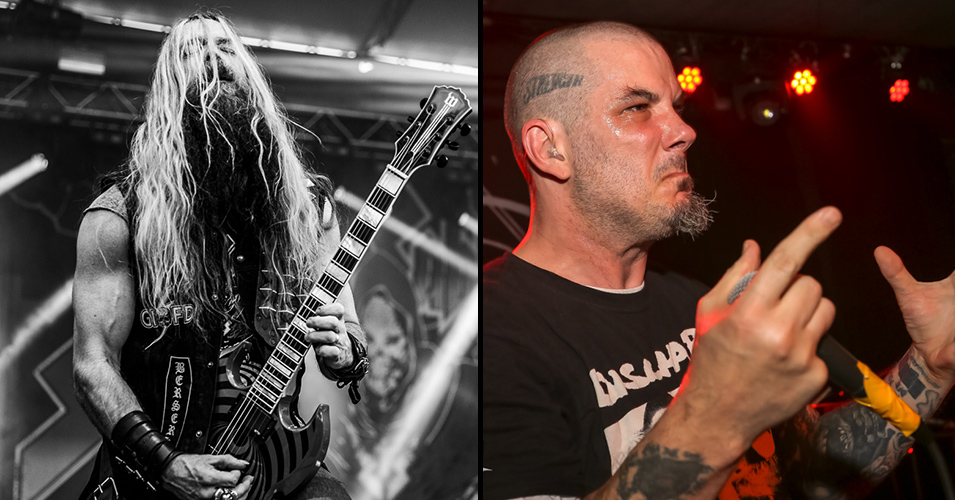 For some reason, I assumed when Vinnie Paul tragically passed away last year, it would also mean the end of any talks of a Pantera reunion with Zakk Wylde. How terribly mistaken I was.

Wylde was asked about teaming up with Phil Anselmo and Rex Brown, the last two remaining living members of Pantera for a tribute to the legendary act and Wylde is still very much interested.

"When Saint Vinnie [late Pantera drummer Vinnie Paul Abbott, who died in June 2018] was still around, they were talking about it then," Zakk said (hear audio below). I mean, the way I always looked at it is it's a Pantera celebration and an honor. I mean, every night I'm playing with Ozz, we honor Saint Rhoads [late Ozzy guitarist Randy Rhoads]. I'm playing the Randy stuff every night, and I'm blessed and it's an honor to do it. Basically, we're paying tribute to Randy every night — keeping his music alive.

"If we got together and we ended up doing it, it would be like… I just look at it like if Eric Clapton went out and was with Mitch [Mitchell, Jimi Hendrix's drummer] and Noel [Redding, Hendrix's bass player] and singing and playing Jimi's songs, and he's honoring Jimi, 'cause that was his buddy.

"If [Led] Zeppelin was going out, and if Jason's [Bonham] playing drums, no one's replacing his father. What they're doing is celebrating his father's greatness and what he achieved and all the mountains he conquered with Zeppelin.

"It's more of a tribute and a celebration than it is… You can't replace any of these people I'm talking about — they're all legendary guys. But, yeah, you're just celebrating all their achievements — that's all."

Hey, the way Zakk describes it, it really doesn't sound too bad, but to me, the moment has passed. It seems like I might be in the minority.

Phil Anselmo has expressed interest in doing it, but worries Zakk is too busy with his other project. Anselmo will be putting his theory that people want a Pantera reunion to the test when he opens for Slayer on their upcoming tour with his solo band doing mostly Pantera covers. Here are the dates for those shows:

Pantera is a name that has passed into myth and for the better part of 20 years has been one that has been sadly...