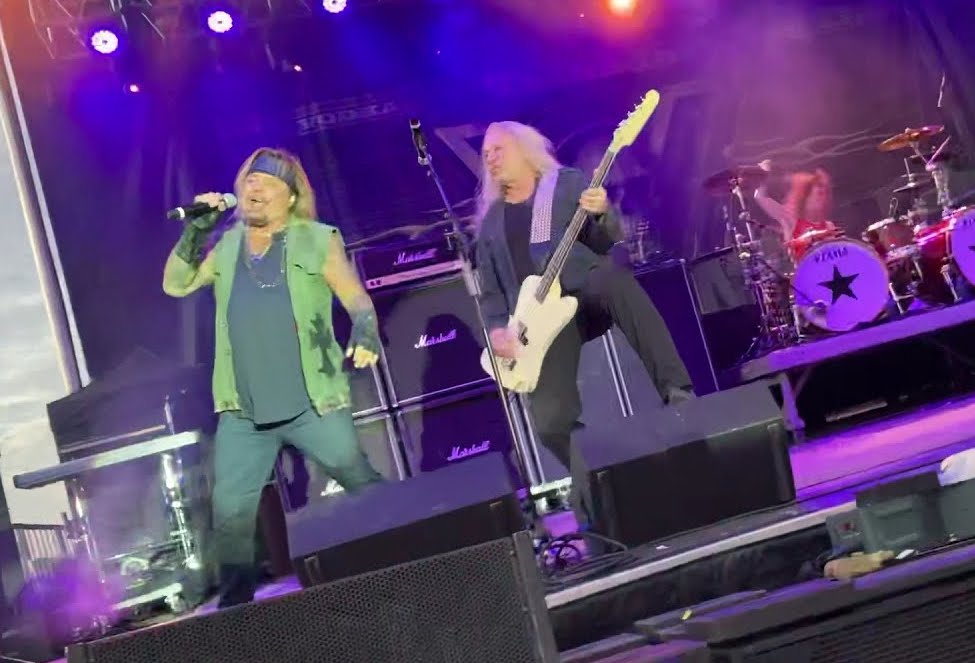 While Motley Crue has pushed back their big stadium reunion tour to 2022, that isn't going to stop frontman Vince Neil from rockin'. Neil performed with his solo band at the Boone Iowa River Valley Festival in Boone, Iowa this past Saturday, May 29th.

It's been over a year and a half since Neil took the stage, due to the COVID-19 pandemic, and the fatigue was audibe, as 14 songs into the performance, Neil was honest with the crowd and said "Hey, guys… I'm sorry, you guys. It's been a long time playin'. My fuckin' voice is gone… Eh… We love you, and we'll hopefully see you next time, man. Take care." Watch the footage below.

Neil went viral two years ago for a slurring Cameo video. When the Motley Crue reunion tour was announced a few years ago, it was rumored that the promoter's contract for this Crue reunion tour stated the Neil had to lose weight and enter rehab to get the guarantee that Live Nation was offering. Perhaps that rumor was true? Or even if it wasn't the band is taking their fitness seriously. And I would hope so! Neil has been mocked mercilessly for some less than stellar performances in recent years.

Motley Crue's longtime business manager Allen Kovac expanded on what Sixx was saying in an interview with Fox Business a few weeks ago, saying Vince will shut down the haters: “Some of them are working with a trainer, some of them are working with a nutritionist to make themselves the best they can be,” he adds. “The greatest insecurity for an artist is: Is anyone going to care about my music? Is anyone going to buy a ticket? We were in November when the discussions were happening, and these guys were already into regimens of how they get ready for a tour.”

As for the criticism of [Vince] Neil['s singing], he says, “Let’s see what Vince sings like and looks like when the tour goes out.”

Here is some more footage from the performance: