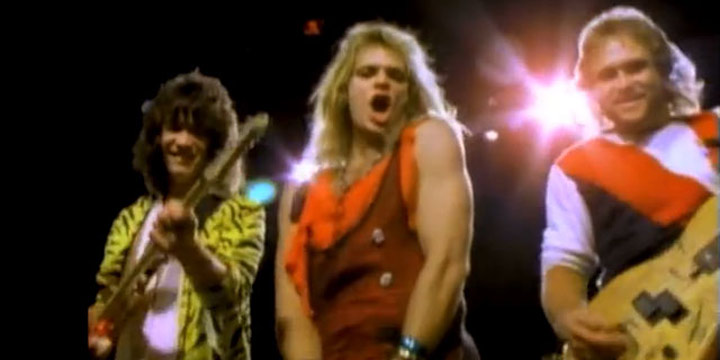 For months in late 2018, and early 2019, there were rumors of a massive stadium tour from Van Halen, which would've seen Eddie and Alex, along with David Lee Roth reunite with bassist Michael Anthony, for a tour of baseball stadiums around the country. A new interview with the band's manager, Irving Azoff, confirms all the rumors were true!

In late 2018, David Lee Roth let it slip in an interview that "you know, next time my rock band will be playing the same place that the Yankees play. Okay?" And later he teased "But the band is solvent. And I can say that I contacted colleagues about being part of the show — Metallica, Guns N’ Roses, Jason Aldean, the Foo Fighters, Church, and Stapleton. And they all said that, if everything happens, they would certainly be involved.” Turns out Diamond Dave was not talking out of his ass.

Azoff told Pollstar in a new interview “We had lots of stops and starts, but there was every intention of doing a summer stadium tour (in 2019), and as the cancer moved around, [Van Halen] was physically unable to do it,” Azoff says. Azoff confirmed there would be major opening acts in various cities like Foo Fighters and Metallica, saying "There is no doubt in my mind that it would have been massive."

Azoff had naturally nothing but really great things to say about Eddie, reflecting “You get this image of this bombastic, incredible, loud, prodigy, but personally, he had a big heart. He did a lot of things for a lot of people that nobody knows about.”

I probably can’t speak as well as others have spoken over the last 24 hours as to Ed’s musical genius, but Ed the human being, especially as he had to come to grips with being human, really shined. He was a great father.”

Azoff conceded that Eddie's "rock 'n' roll life" led to some of his health issues but made it known, "I’ve never seen anybody fight the fight that [Van Halen] fought over the last 10 years, fighting the cancer.”

Interestingly, Azoff doesn't close the door on more Van Halen material in the future, but it's not up to him. “Wolf and Alex will go up to 5150, the studio in Ed’s house, but there’s been a lot of recording over the years. I can’t predict that for sure there will be anything new, but for sure they’re going to look at it,” he concludes. 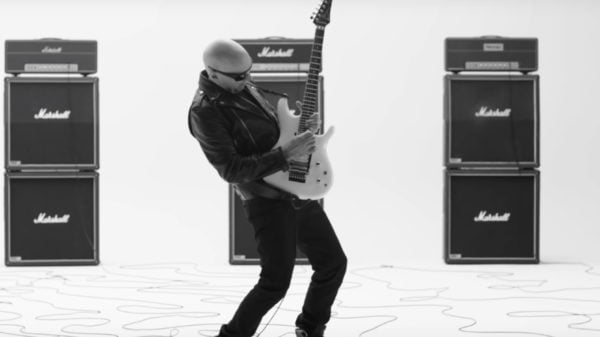 It all started when ex-Metallica bassist Jason Newsted revealed he was approached by Van Halen drummer Alex Van Halen for a potential tribute tour...