Earlier today, a story regarding the fabled new System Of A Down record made the rounds. Guitarist Daron Malakian said frontman Serj Tankian "wants to make an album his way," that the issue may not be resolved, and that "Serj didn't even want to make Mesmerize and Hypnotize." This has led both Tankian and Malakian to use material they wrote for a new System Of A Down album for their other projects.

Now in a surprise move by Tankian, he's come out on Facebook to address just about everything. Tankian's statement discusses why he didn't make to make Mesmerize and Hypnotize, why the band went on hiatus in 2006, what the deal is with the band's status in making a new record, and politely an apology to the fans about the holdup.

Confessions about Soad by Serj Tankian

We are extremely lucky mofos for our fans to want a record out of our ragtag misfit of a crew after all these years, at times demanding it. This of course has led to numerous rumors about the band and our inability to make a record together coupled with he said/he said excerpts from each of our interviews in the past and present at times by sensationalism seeking media who are in no way, let’s say, changing the world for the better themselves ?

So I’m going to attempt to clarify things for all of our sake once and for all hopefully without vilifying anyone in the process.

It is true that I and only I was responsible for the hiatus Soad took in 2006. Everyone else wanted to continue at the same pace to tour and make records.
I didn’t. Why? For numerous reasons:

1. Artistic: I’ve always felt continuing to do the same thing with the same people over time is artistically redundant even for a dynamic outfit like ours. By that time I felt that I needed a little time to do my own work. I wasn’t discounting restarting the process with the band later.

2. Egalitarianism: When we first started out our creative input and financial revenue splits were close to equal within the band. By the time Mezmerize/Hypnotize came around we were at the diametrically opposite end on both with Daron controlling both the creative process and making the lions share of publishing not to mention wanting to be the only one to do press.

3. I wanted to leave the band before Mezmerize/Hypnotize for these developing reasons. This is why I personally don’t feel as close to the music on those records. There were songs I wanted to bring in but was hampered by unkept promises coupled by my own passivity at the time.

Time went by, we all did our own thing. My solo career gave me the confidence as a songwriter and later composer to re-visit Soad from a position of strength at first just to tour and enjoy each others’ company, which we did and do so still.

I knew they wanted to make a record, but given the past I was hesitant. At times there would be emotionally tinged outbursts by one band member or another mostly blaming me for the band’s inactivity.

After a long time thinking and processing, about 2 years ago, I went to the guys with a proposition for a way forward as a band.

I wanted to rectify the wrongs of the past and establish a way we can all be happy moving forward so I recommended the following:

1. Equal creative input: by this time I had released 5 of my own records and was a better songwriter musically and Daron was getting better as a lyricist, so I said let’s each bring in 6 songs that all band members approve fully and work on them along with songs or riffs from Shavo.

2. Equal publishing split: I personally feel that a band is an equal partnership and finances should reflect that.

3. Directors cut: whomever wrote the song makes the final decision after exhausting all types of ideas from anybody within the group. I did this because in the past, I’d bring in a song that would be morphed into an undesirable version that I myself would withdraw from consideration.

4. Develop a new concept or theme so that it’s not just a record but a full experience.

(Obviously I’m omitting many other details here like agreeing on the “sound” of a new record which we couldn’t do either as we went back and forth with songs by Daron and myself. I remember sending lots of notes on songs by Daron, mostly from his current Scars on Broadway record, most of which I didn’t consider applicable to Soad etc, they played around with some of my songs-suffice to say I think we tried).

Ultimately I had to draw a line in the sand because I knew I could never be happy going back to how things used to be within the band.

And as we couldn’t see eye to eye on all these points we decided to put aside the idea of a record altogether for the time being.

My only regret is that we have been collectively unable to give you another Soad record. For that I apologize.

Thanks for reading
Peace
Serj

It's weird, because Serj seems like he also still wants to do a new album. They just can't figure out how to address it. It also seems like publishing rights is a pretty large point of contention in the band. Serj brings it up twice in his statement. 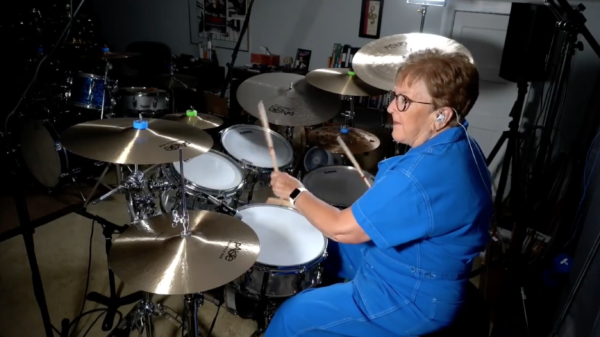