SYSTEM OF A DOWN's John Dolmayan On Gina Carano: "History Will Honor Her" 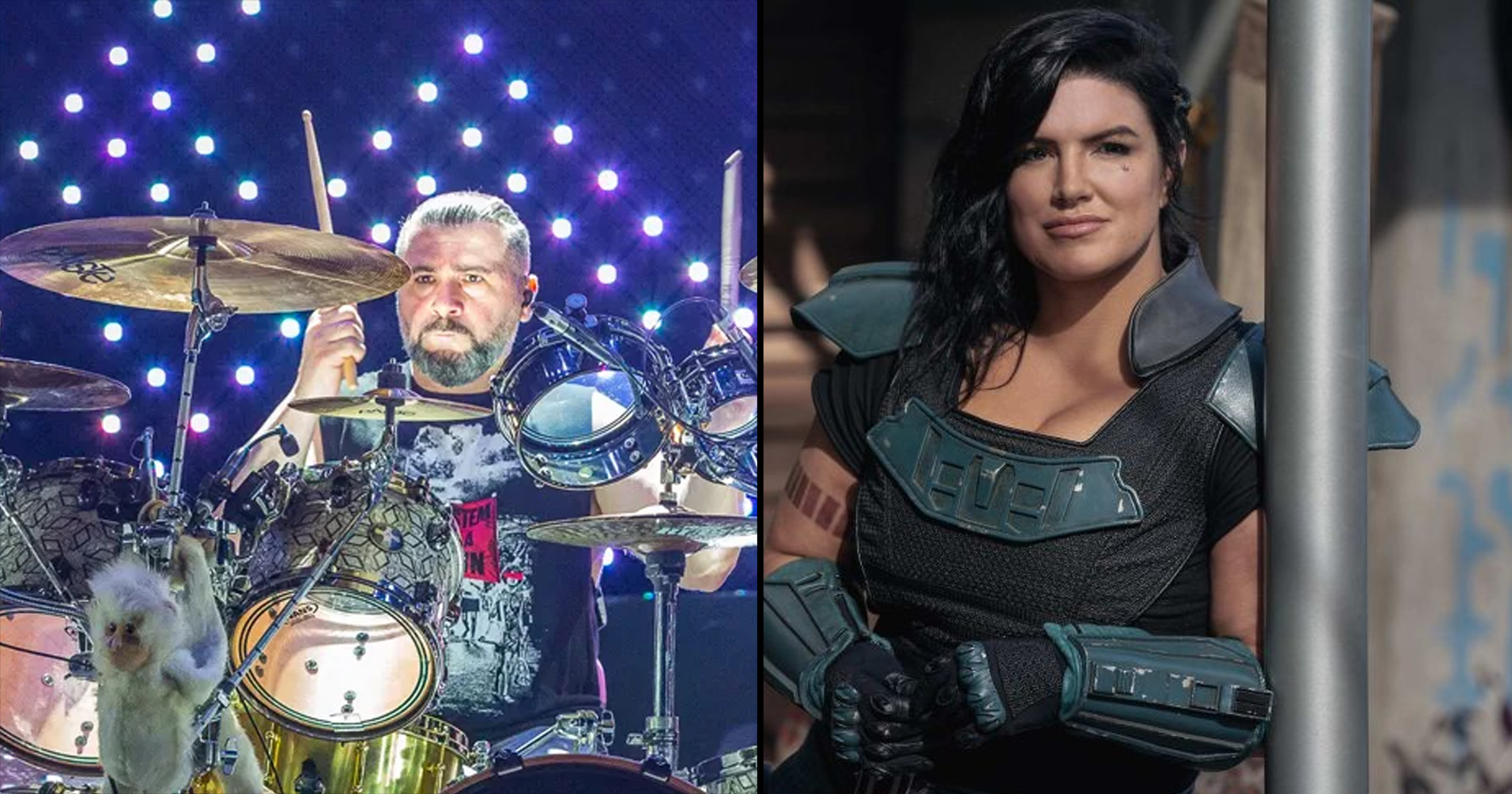 Gina Carano is an MMA legend who had it made, then she couldn't stop saying dumb shit and the massive corporation who employed her decided it wasn't worth working with somebody who creates such controversy. To System of A Down's John Dolmayan, that is censorship and that is wrong!

Let's take a step back. Carano had a recurring role on the smash Disney hit The Mandalorian as the character "Cara Dune." There was talk of a spin-off series. Carano then became very vocal on social media of her belief that the U.S. election was stolen from Donald Trump. She also was very vocal against mask wearing, and it all came to ahead when she boneheadidly compared people who don't support wearing masks to Jews in the Holocaust.

In a since-deleted social media post, Carano wrote “Jews were beaten in the streets, not by Nazi soldiers but by their neighbors…even by children. Because history is edited, most people today don’t realize that to get to the point where Nazi soldiers could easily round up thousands of Jews, the government first made their own neighbors hate them simply for being Jews. How is that any different from hating someone for their political views.”

Disney and Lucasfilm were quick to distance themselves from Carano, releasing a public statement saying “Gina Carano is not currently employed by Lucasfilm and there are no plans for her to be in the future. Nevertheless, her social media posts denigrating people based on their cultural and religious identities are abhorrent and unacceptable.”

This led to System of a Down's John Dolmayan publicly praising Carano saying that "history will honor her."

“It takes a lot of guts to put your career on the line for your convictions. History will honor people like Gina Carano and condemn the cowards who instituted woke justice against her.”

Don't lose too much sleep over Carano's career. Even after he talent agency dropped her, she just signed a new deal to develop a movie with Ben Shapiro's Daily Wire. Hard to be cancelled when you're still lining up work.