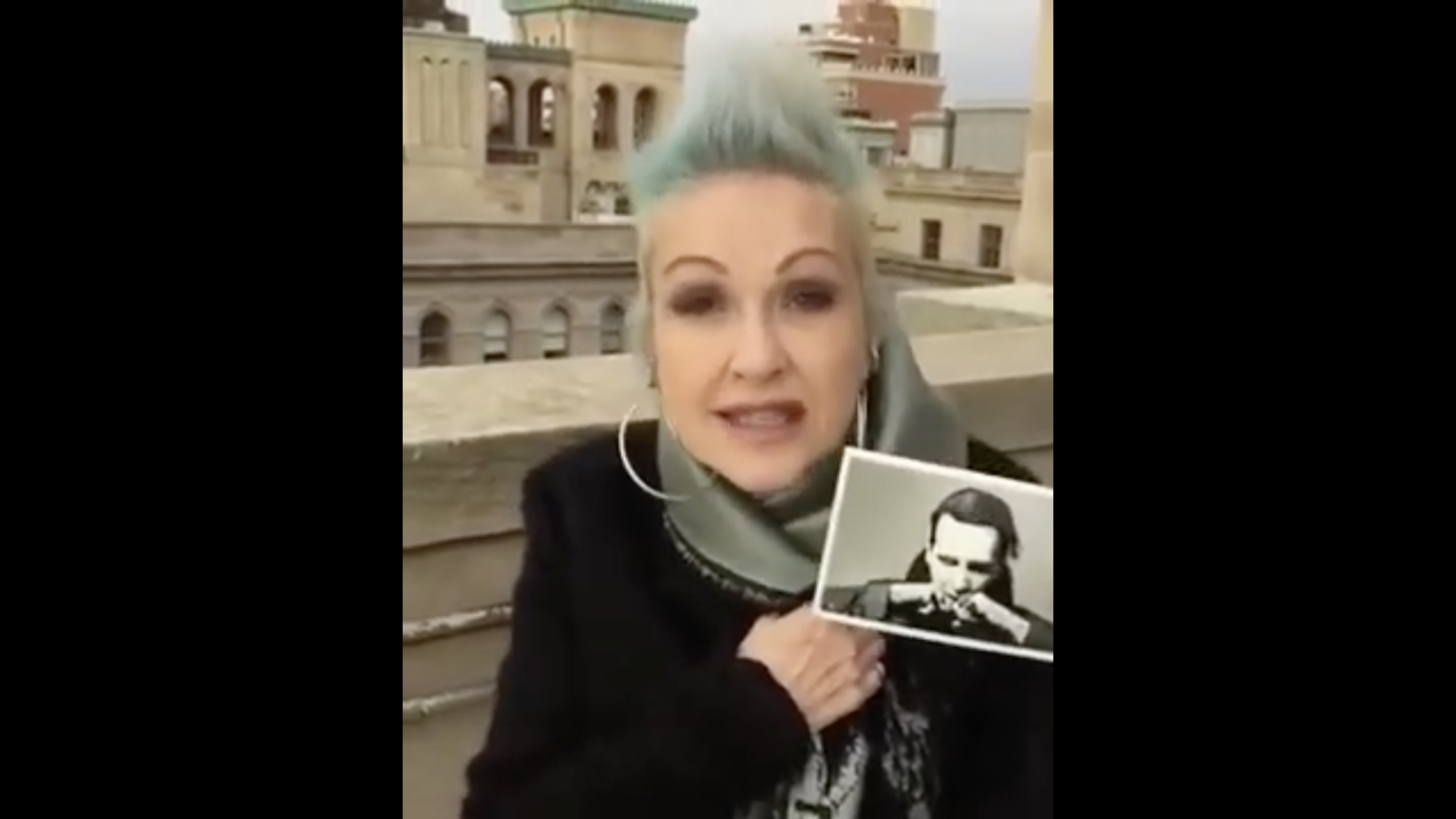 Marilyn Manson has been making headlines for live show announcements that have been at least a little surprising. Manson was announced (and actually showed up) for rapper Travis Scott's Astroworld Festival, and then a few days later was announced as the opener for Ozzy's 2020 tour. Now we're back to a weird announcement.

Manson will play the Cyndi Lauper & Friends: Home For The Holidays concert at The Novo in Los Angeles, CA on December 10 alongside artists like Belinda Carlisle, Brandi Carlile, and Henry Rollins. The concert will benefit True Colors United's work to develop solutions to youth homelessness that focus on the unique experiences of lesbian, gay, bisexual, transgender, queer, and questioning (LGBTQ) young people.

Check out the event here and grab tickets. No word on if Manson is still planning on releasing a new album in 2019, but we know he's been working with singer-songwriter Shooter Jennings throughout this year on it.

Marilyn Manson will have a busy 2020, as direct support for Ozzy on his "No More Tours 2" US run. Here are dates.