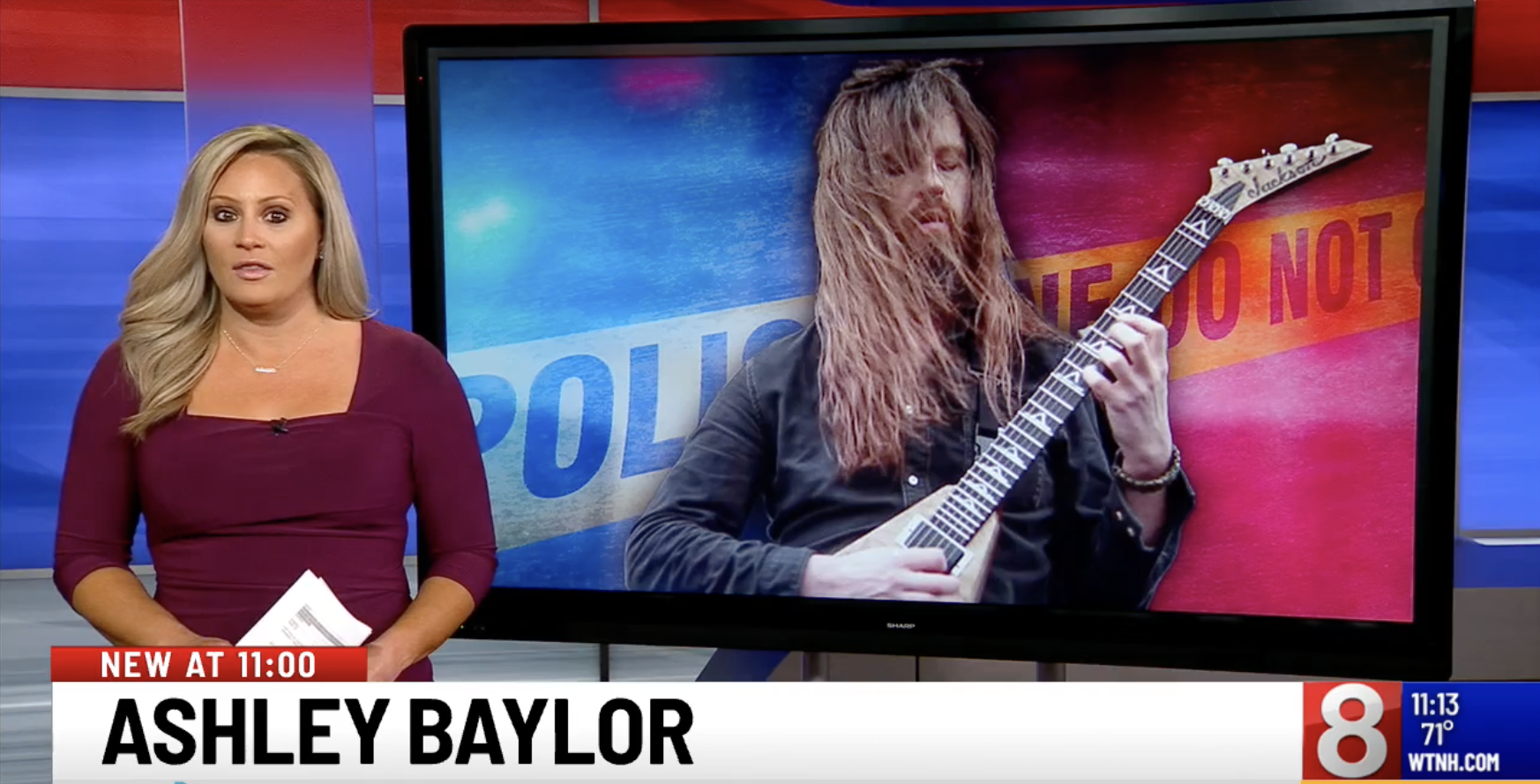 Connecticut news outlet WTNH dedicated a segment to the "suspicious" death of All That Remains guitarist Oli Herbert.  Herbert passed away at 44 years old in October, by drowning in a lake behind his home that was "inches deep" according to The Hartford Currant's viewing of police records. The case is still unresolved, with police investigating the death as suspicious. People close to Oli have been searching for answers, with conspiracies being thrown around about possible causes of death.

The news piece recapped information that we've previously covered here on Metal Injection. They recall the claim by Herbert's wife in a statement that a toxicology report found anti depressants in his system, but she has since removed that statement and been relatively inactive on social media until today. One of the points of contention by friends of Oli that were concerned about his death was the signing of his will a week before his death.

Herbert signed a will on October 9th, a little more than a week before his death. Herbert named his wife, Beth, the executor and sole beneficiary of the guitarist’s estate. It explicitly stated that Oli's sister, Cynthia, not receive anything from the estate.

In the piece, bassist Mike Martin shot down the idea that he was doing drugs “Definitely no drugs, at all. Even if he wanted to hide something like that, he wasn’t clever enough to hide that.” Frontman Phil Labonte rejected the idea that he had a will saying “He wouldn’t think to get a will. There were times where we could barely get him to buy new shoes.” Martin added  “Two and a half years later, still doesn’t feel real. Waiting to walk in here still–and that was his spot there–and ‘hey, get your guitar, I got this part.'”

You can watch the full video below. Herbert's widow declined to be interviewed for the piece.