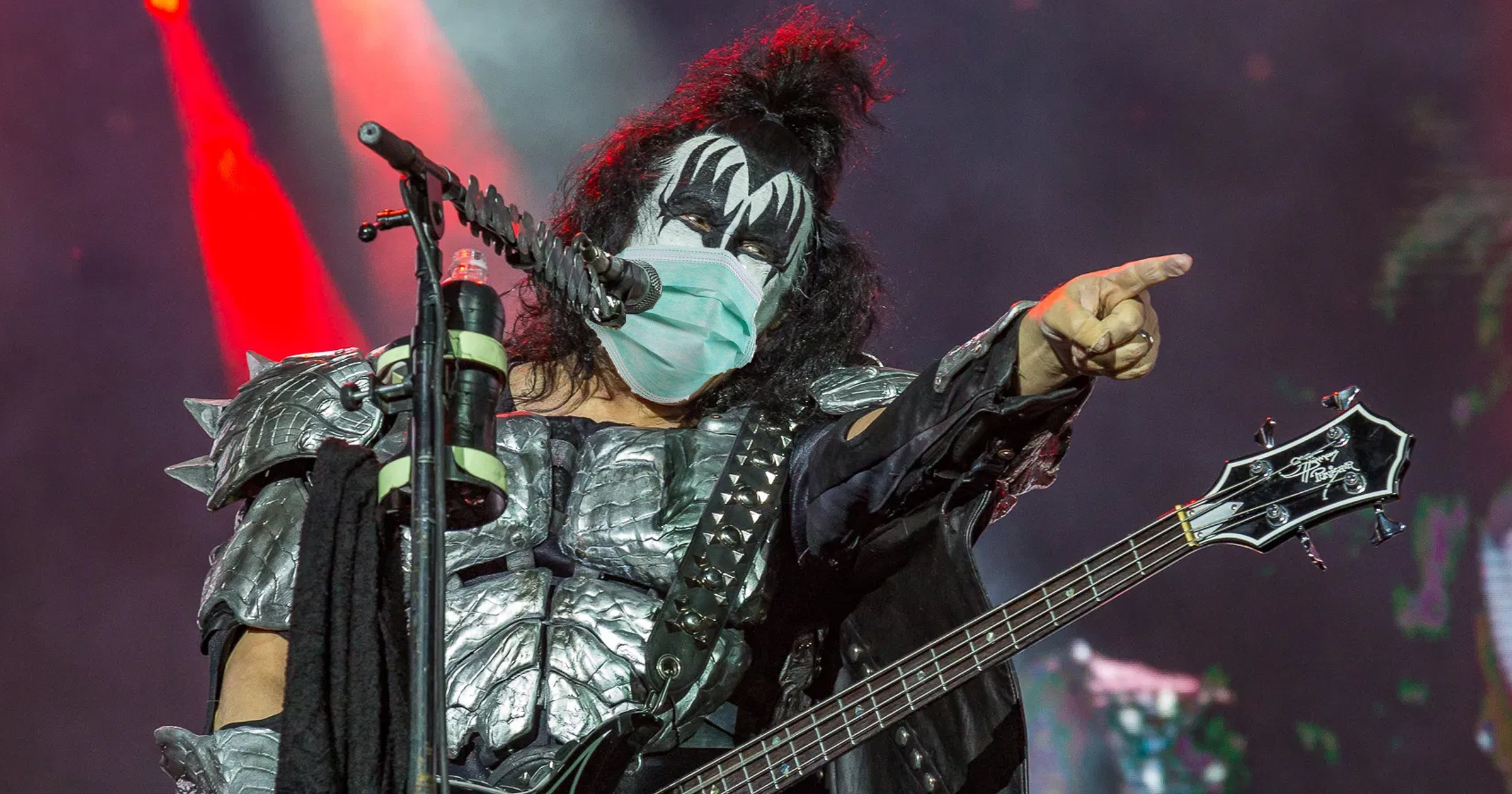 If KISS' Gene Simmons had his way, you would not have an option about wearing masks in public, and it would be mandatory. The KISS bassist recently took to Twitter to explain his rationale.

"You must stop at a red light," Simmons begins his argument "and you must put on your seatbelt, and you can’t drive over the speed limit. Your rights stop if you effect others. So why should you have a say in not wearing a mask in public?"

Simmons must have gone a lot of feedback, because a few hours later, he followed up "Another question for all you geniuses out there. Why is it ALL surgeons, without exception…anywhere in the world, wear masks during surgery!!! Do you think they do that for political reasons, or could it be you are delusional and are hanging out with losers. . What say you?"

Simmons revealed in a prior tweet that he had gotten his second vaccine shot, and feels fine. He also made some flat earth humor.

Simmons has been advocating for mask use for months, having previously said "Believe what you want, but don't hang out around me," Simmons said. "Okay? If you're a denier, stay in the shadows. I don't wanna be around you. 'Cause I don't wanna catch what you've got. It's not about you. It's not whether you believe it or not.

"When you sneeze, you put your hand over your mouth. If your dog poops on the ground, you'll pick it up. But you won't pick up a mask?"