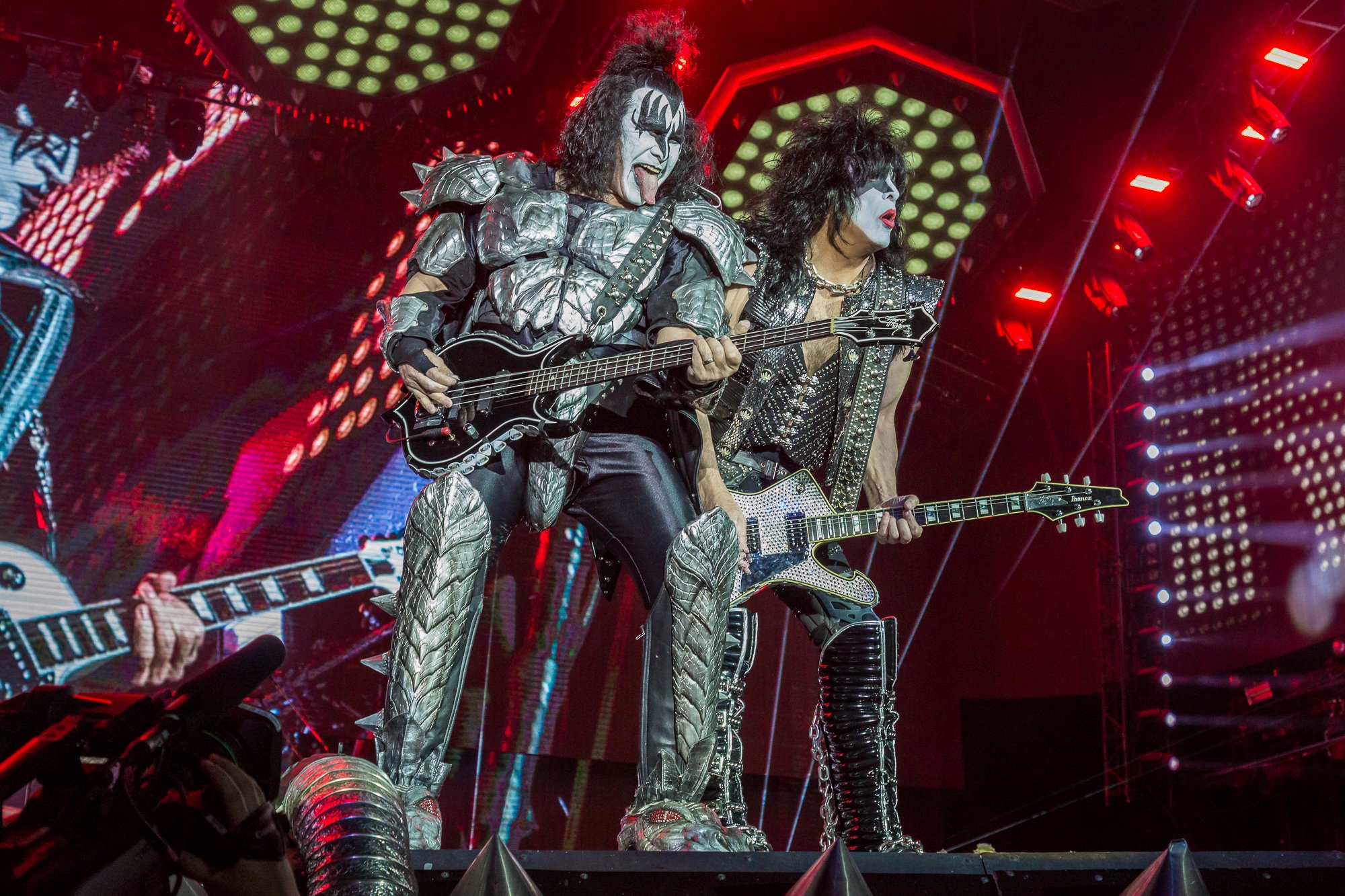 Kiss frontman, and man who simply will never stop shouting that "rock is dead", Gene Simmons has unsurprisingly stuck to his claim that rock is dead in an interview with Consequence of Sound. Simmons gave a fairly rambling explanation of why rock is dead, which essentially boils down to… music piracy and nobody being the next Beatles?

"The point is, yeah, rock is dead because if we play the game from 1958 until 1988, which is 30 years, you had Elvis, The Beatles, The Stones, Pink Floyd, and on and on and on. And you can go to the heavy part of it, which is Metallica, Maiden, if you want to put Kiss in there, that's fine. AC/DC, on and on and on. Even U2, Prince, Bowie, Eagles. And then you get to disco stuff, and Madonna, and that stuff, and Motown, of course.

"And then from 1988 until today, who's the new Beatles? I've heard a reaction of Foo Fighters, one of my favorite bands, but you're kidding yourself. There's also the boy bands: NSYNC, One Direction, BTS, and [sarcastically] XYZ, PTA, and good for them that they've got success. Don't kid yourself. As soon as those girls are gonna grow a little bit older, that's going to go away. It's like sugar: you taste it, it gives you that little energy boost, and then it's gone forever and you don't care. But don't kid yourself, it ain't The Beatles. They don't write songs, they don't play instruments, it ain't that.

"And we all love Elvis; [he] never wrote a song in his life. There's just nothing that compares to The Beatles. The reason for that is not because there's a lack of talent, but because young folks, that kid living in his mom's basement, decided one day that he didn't want to pay for music. He wanted to download and file share. And that's what killed the chances for the next generation of great bands. The fact that the music was for free. So nowadays new bands don't have a chance."

You know who doesn't agree with the idea that rock is dead? Kiss guitarist Paul Stanley. In an interview with Canada Now With Jeff Sammut, Stanley said genres never truly die and could come back at any time.

"I think that life, rock, whatever it is, is never a constant. Let's say, for example, if you take somebody's pulse and it's weak, it doesn't mean they're dead. It means that the pulse is weak. And it doesn't mean it won't come back stronger.

"A computer will never take the place of flesh-and-blood people making music. People may be enamored with it, and it may eclipse the other, but ultimately, it all comes full circle — it all comes back. It doesn't go away. It may be sleeping. But there are bands out there making great music.

"Nobody's complaining about Foo Fighters. Dave [Grohl] is passionate about what he's doing and they're terrific. So there are bands out there. As far as new bands, somebody will come along. Somebody will pick up the flag and go forward.

"Like I said, the pulse may be a little weak, but the patient's coming back."

So who's closer to the truth here? I'd wager Stanley, as his opinion takes a more "gray area" approach, rather than Simmons' very cut-and-dry "this genre is dead" statement.