In the biggest snub since Metallica lost the first metal Grammy to Jethro Tull, Judas Priest lost out on the fan voting for the Rock and Roll Hall of Fame to Bon friggen Jovi.

Here's how the fan voting played out:

It's almost a lock that Bon Jovi will be officially nominated after winning the fan vote. According to the Hall's rules, "the five top vote-getters in the fan vote are put on a single ballot, which counts no more than a ballot submitted by one of the Hall's 900 or so regular voters, consisting of artists, music historians and music industry insiders."

Hope is not lost for Judas Priest's induction, they may still get in by traditional means. The official class of 2018 will be announced one week from today, Wednesday December 13th and the induction ceremony will take place on April 14th in Cleveland at the Rock and Roll Hall of Fame – and will be broadcast on HBO. 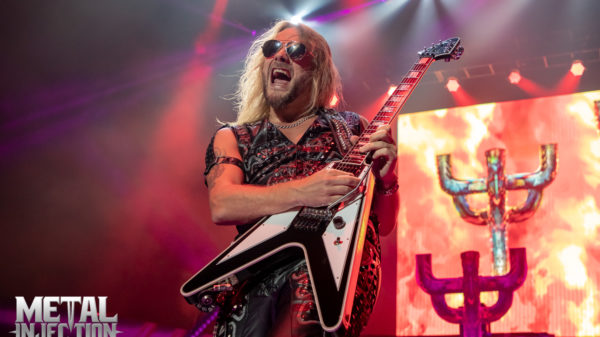