DEVIN TOWNSEND Had To Cut A Song On His New Album Because It Used Part Of AQUA's "Barbie Girl"
"The image is a photograph from 1994, I just happened to look like a cartoon."

Kerrang! recently checked in on what the girl from Deftones' Around The Fur cover and the kid from Rage Against The Machine's Evil Empire, and now they're on to Godsmack's 1998 self-titled debut record. The cover featured Toni Tiller, who was not a model at the time, "but I was a known club kid in the downtown scene at the time, so it wasn’t uncommon for people to want to put the look to use."

Tiller explains to Kerrang! how she got chosen for the record's cover.

How did you become the model for this album?

I was living in NYC and deeply involved in the club kid scene and so I had an interesting look going. I met a photographer in Brooklyn and we were trying a few things out for a project if his and we snapped that image. A few years later he was working with the band and they saw that in his book and liked it, so they purchased it for use. The next ting I know, my face everywhere. It was pretty strange, but I love weird stuff like that.

Was the image in any way altered or embellished?

The image is a photograph from 1994, I just happened to look like a cartoon.

Tiller says she's met the band a few times and they're pretty cool. As for what she's up to now, "I live in the woods, I’m bald, usually barefoot, and into a variety of stuff. Meditation, strange objects, cooking, esoteric studies, cacti, dollhouses, rugs, and artsy crap. In my spare time I have a reform school for rude kittens." 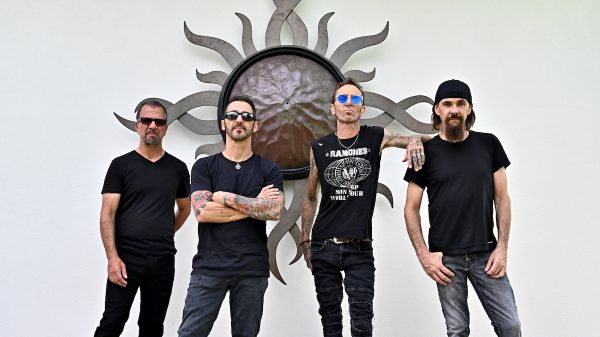