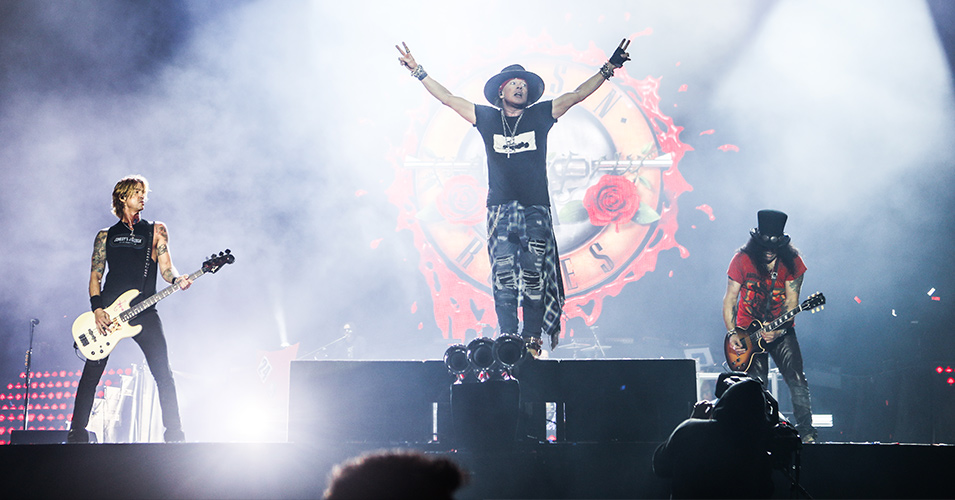 How does Guns N Roses reward mega fan Rick Dunsford, who has seen the band all over the world 32 times? They banned him from their future shows for life?

The reason? According to MetalSucks, Dunsford was actively, publicly searching for GN'R bootlegs, specifically demos of unreleased Chinese Democracy sessions. Tone Deaf – The Brag reports that Dunsford “reportedly purchased a 19-disc collection” of said demos. And this is where the trouble started for Rick.

This past Monday, Dunsford traveled to Wichita, KS, to see the band on their current tour. It was there that he was picked out of the line and told he was no longer welcome at Guns N' Roses shows. He shared on social media:

“So today I flew out to Wichita, KS to see my favorite band Guns N’ Roses! Today would be my 33rd time seeing them! Well I was just pulled from the line and told if I ever come to a Guns N’ Roses show again that I’ll be arrested! I was gonna escorted off the property and told I’m done.”

What exactly happened? Apparently, some of these demos have leaked online and somebody in the GN'R camp is laying the blame on Dunsford. It should be noted that the consensus from members of the GN'R trading community was that Dunsford was not the one responsible for the leaks.

But, I guess it doesn't matter to GNR. Do you think he didn't get a fair shake?

If you don't have a lifetime ban to see Guns N' Roses, you can grab some tickets to see the band here.