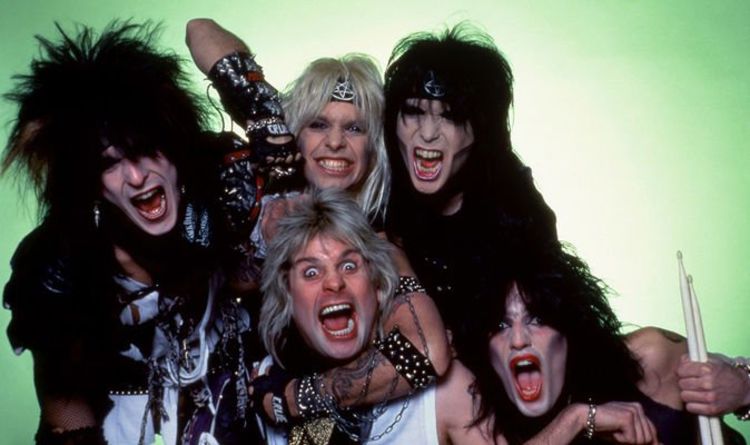 If you're a fan of Ozzy, or you've read or seen Motley Crue's The Dirt, then you've probably heard the story of Ozzy snorting a line of ants in front of Nikki Sixx in 1984. According to the tale, Ozzy and Sixx were trying to gross each other out. So Ozzy snorted a line of ants off the ground, then peed on the ground and licked it up. Y'know, like you do with your friends sometimes.

Here is the story as original told on VH1's Behind the Music:

And here is the reenactment of the story in the Netflix movie The Dirt:

Guitarist Jake E. Lee, who played for Ozzy between 1983 and 1987, says in an interview with Tone-Talk that the story is embellished by quite a lot and was also pretty embarrassing.

On the line on ants: "I was there, and I never saw ants. I was right there. He snorted a little spider. There was a not a trail of fucking ants there. Tommy [Lee] says it, Nikki says it, Ozzy says it — they were fucked up. I was not. I was just trying to get a fucking sun tan. That's all I was doing. They were getting fucked up. Ozzy snorted a little tiny stupid spider that was crawling across. There was no ants — there was no fucking ants. I don't care what the other guys say — there was no ants."

On the urine consumption: "Oh, that was true. It started with a contest. It was Nikki and it was Ozzy. I think it started in the pool. They were in the swimming pool, and they kind of raced, and, of course, Ozzy lost. And [they had] a push-up contest, and, of course, Ozzy lost. Ozzy was getting tired of losing, and he stepped it up. I do remember at one point, Ozzy was sitting there. He got this weird look on his face. He was sitting on the concrete, and piss started flowing out underneath him. And he was obviously doing a lot of vitamins, 'cause [the urine] was, like, lime green. So Nikk Sixx, I remember, pissed on the girl he was with. She was lounging. She was not happy about it. Ozzy pissed on the ground. [Nikki] saw that and he went over and pissed on the girl that he was with in the lounge chair. And that's when Ozzy bent over and started licking his own green piss up. That's where I said, 'Okay, I'm outta here.' Not only is that happening, there's families on the other side of the pool — children and mothers and fathers looking horrified, like, 'What the fuck is going on over there?'"