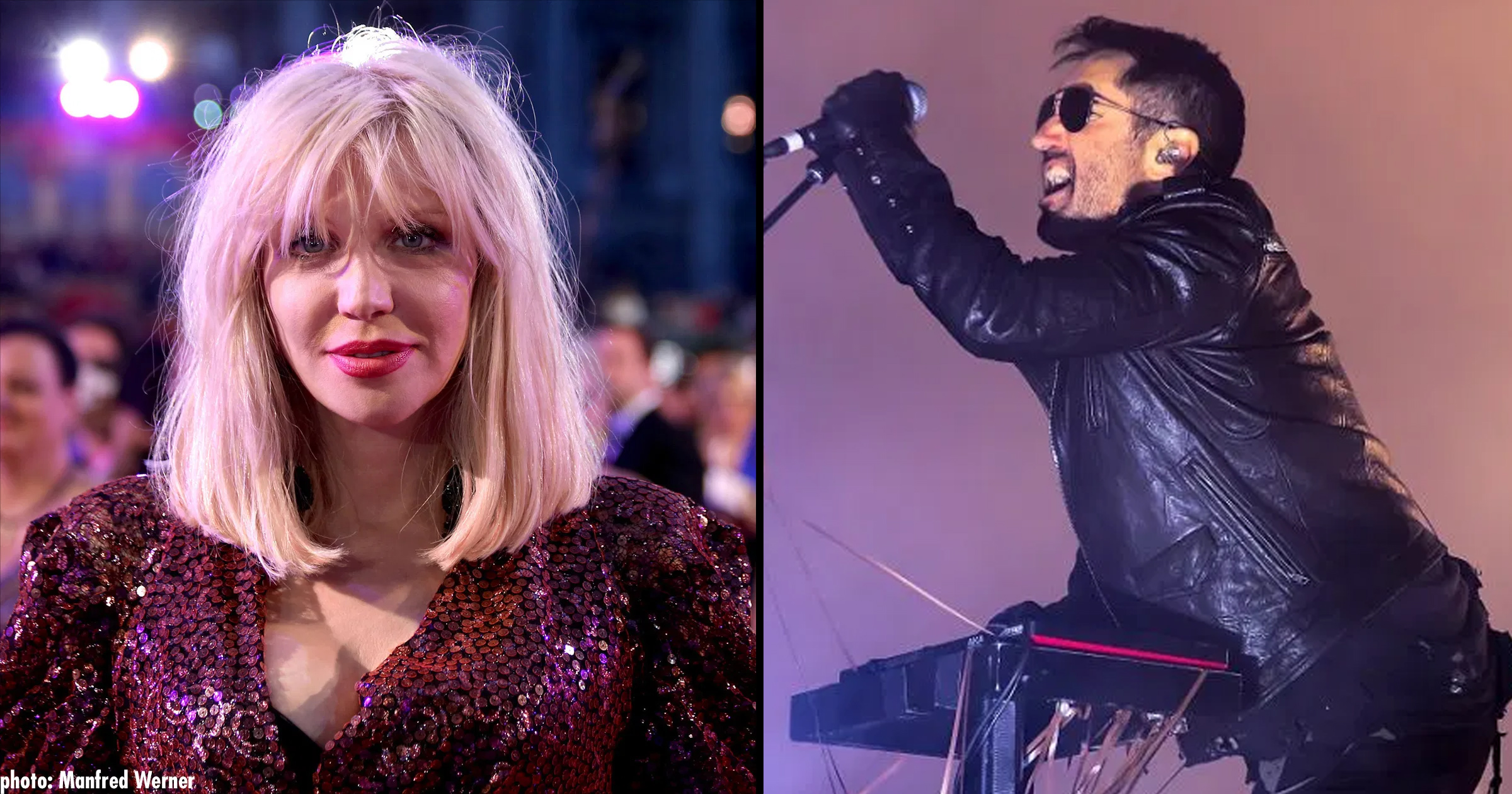 Love wrote "I need to apologize for my recent post. It was insensitive and it was wrong. No matter how I feel, there are real people behind my words and I need to learn to be more responsible with my words."

She concluded "I am truly sorry for those I've hurt and I will do better." Original post follows.

First, Love decided to call out Grohl, saying she regretted turning over Nirvana royalties to him but she was so scarred, broken and exhausted that she felt she had no other choice at the time.

As for Reznor, she claims he abused girls as young as 12 years old and claims all the members of Hole witnessed it.

Here is her unedited message:

“Here’s a few receipts from some mega aggressions I’ve had to deal with, make myself small for, stop righteous lawsuits over, (‘we are not doormats’ my sponsor always quotes to me) due to male privilege in all its vile toxicity. When @sharonstone was asked if she had any #metoo’s, she just laughed. ??‍♀️. We only get 1 right?

“I’ve had enough of this ?from these clowns leaning into my being scapegoated for breathing, for my husband’s death, for my ‘overt’ sexuality, because I’m an addict, etc, and a WOMAN, for over 27 years.

“3 months before I left LA, I signed a document that effectively gives Dave [Grohl] (and Krist [Novoselic]) my descendants money in perpetuity. I was so broken. So scarred, so exhausted by him, I just fucking signed it. But it’s a lie. So I’m unsigning it.

“Because it’s nonsense. The chaos and fury over Kurt’s death being directed at me, deflected by Dave, while he enriched and continues to enrich himself, gorging on Kurt’s fortune and Kurt’s goodwill. 27! Years!!! I’ve had enough.

“I’m over being made small. And being ‘forced’ to ‘just drop it’ when it affects every generation of my descendants. Nicest guy in Rock ? No.

“As for Reznor, At least? HE’S talented but still a creep. I’ve never seen so much systemic abuse of kids, girls as young as 12, by him and his crew, we all (the members of Hole) witnessed it. So while these two jack asses are not my #metoo’s because I’m saving my 1 up (because we only get 1) they’re darn close.

“#fuckoff @treznor @nineinchnails @foofighters I really hope my example of standing up to them, putting a stop to them, will prevent any other women (or men) from this soul shattering level of personal and cultural abuse in future . Sexually, spiritually, financially.. #metoo #me3 #me88 etc etc ad nauseam. ????#blessed? Yeah to be breathing long enough to tell the tale. I’m cramming as much into every song as I can. ☸️?? Nam myoho renge kyo. ‘We are not doormats’”

The only other time accusations were made against Reznor were during a brief moment where he was accused of rape by somebody around the same time as Maynard's accusations. Although, they were never expanded upon. Reznor has offered no statement at this time.

Love's issues with Grohl go back many years. They did not get along for a very long time after the end of Nirvana, and Love at one point accused Grohl of making the moves onto a young Frances Bean Cobain, something both Grohl and Frances Bean denied.