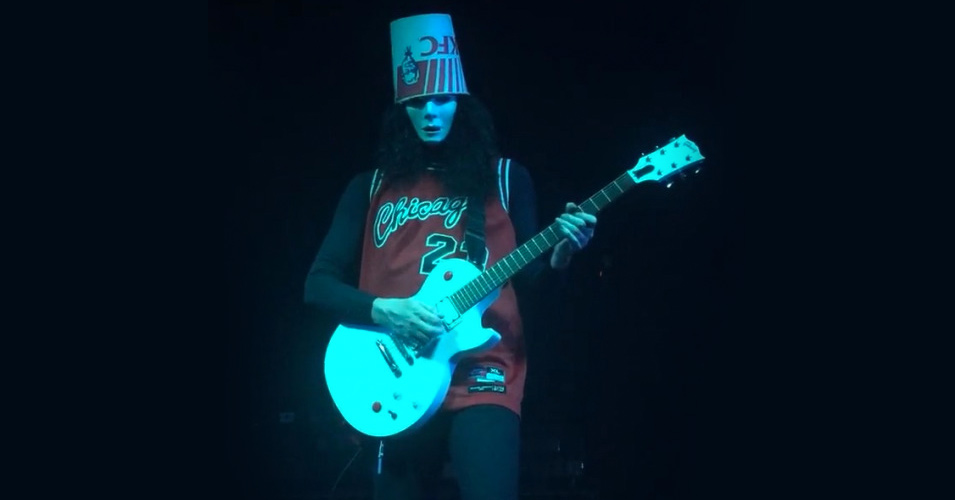 Whether you're barely aware of Buckethead or you own a copy of all the million albums he's put out, you absolutely know one thing – the guy has a bucket on his head and he's wearing a mask. So why the bucket and mask? Buckethead, or Brian Carroll, tells the Coming Alive Podcast that he was basically eating chicken one night and it just happened.

Carroll elaborates a little more and says that the bucket and mask really helped him overcome his anxiety, or as he put it "I could do everything I liked doing as this character that I'm totally scared to death to do otherwise."

"It sort of happened… It wasn't something I really thought about. I was eating – it was actually a different chicken company, I don't really know what it was – I was eating it and I thought… I had that mask, kind of like Michael Myers, it had a similar quality, but it wasn't exactly the same size.

"I just put it on my head and I looked in the mirror. And I was like 'That's Buckethead.' And then my friend went to school, he was going to college and he had video class and he filmed me. And I knew this guitar player, his name is Jim Gore. He really is the one I feel I owe a lot to. He encouraged me to do it, 'You should just go be Buckethead, go play!'

"Because I was always super scared to play, and I didn't really link that together, I just thought 'This is weird.' Like a horror movie guy. And when he saw it he was like 'You should just go for it!' I was like 'That would be cool.' Because I could do everything I liked doing as this character that I'm totally scared to death to do otherwise. And it applied to all the stuff I like, like Disneyland and martial arts and dancing, all that stuff I liked. I was like, 'I can't do it just like me.' It was a great way to get all the stuff out."

In this article: buckethead 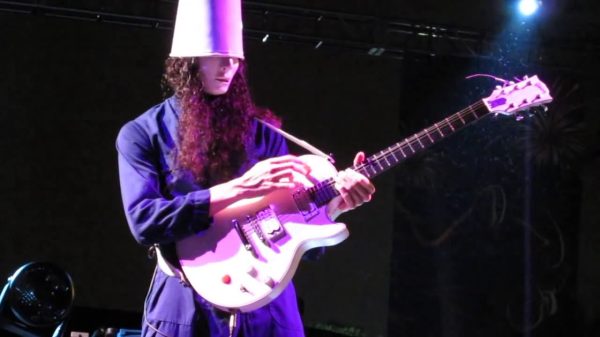 BUCKETHEAD Recovers One Of His Guitars 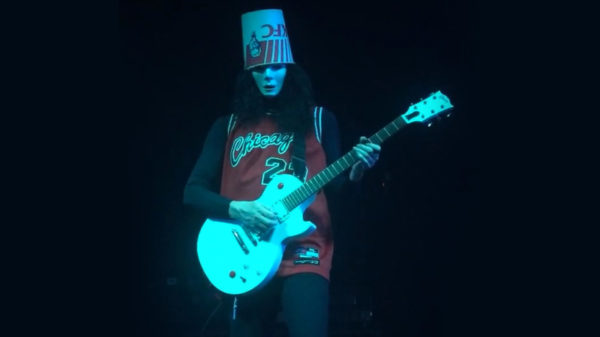 Help the guy out!

BUCKETHEAD Reveals He Has A Life-Threatening Heart Problem: "I Could Be Gone Tomorrow"

Here are this week's most trending stories:Advertisement. Scroll to continue reading. 1. SLIPKNOT's Corey Taylor Got In an Altercation WWE NXT Superstar Baron Corbin...