RAGE AGAINST THE MACHINE's Self-Titled Debut Album Turns 25 Years Old Today
It Came from NYC functions less as an exegesis on the rise of a superstar band and more a condensed microcosm of a starcrossed group perpetually on the verge of homelessness, artistic misdirection and - more fatally for Straker than anything else - just plain not making it.

Long, long before Beavis and Butthead made them a household name,  White Zombie were just a band scraping by in New York, hosting a turnstile of rotating band members and attempting to find an identity amidst the maelstrom of noise rock and post-no wave that art student Rob Straker fantasized about one day – preferably soon – presiding over.

The journey from noisy art rockers to well-produced groove metal merchants was a laborious one, a prolonged series of fits and starts lovingly detailed in the extensive booklet accompanying It Came from NYC, a just-released box set containing all  of White Zombie's pre-Geffen releases, all of which has either been either out of print for ages or just never officially released on CD to begin with. Longtime Zombie fans who are not already familiar with this material will likely be taken aback – unpleasantly so, in many cases – by the atonal depravity captured on tape here; production problems long plagued the band, and as detailed by Straker a.k.a. Rob Zombie in the liner notes, there were recordings that were shelved before they even arrived back from the pressing plant due to painting the band in an unflattering state of juvenilia. Yep, in those early days, when White Zombie had more of an aesthetic goal than sense of true musical identity, the band's loyalty to their own material was as fleeting as the address each member received mail at.

Fans of  Astro Creep: 2000 and La Sexorcisto picking this up for completist value are less likely to dig the three hours of music collected here than are non-Zombie fans who prefer Scratch Acid or Big Black instead. The Ace Frehley-derived lick layered atop "Gentleman Junkie"'s surf guitar funk is a misleading means of starting this chronological compilation – that being the first cut from their 1985 debut, Gods on Voodoo Moon – as the band would just go on to sound that much opaque on future releases. "Rain Insane" (a previously unreleased outtake from 1986's Pig Heaven sessions) features an unlikely bar band jam that sounds like a poor man's Hendrix with Straker's yowl scraping across the top of tinny blues licks. Their attempt to craft a releasable blues workout in the next year's "Memphis" (Pyscho-Head Blowout) finds the foursome even further removed from the roots rock meant to be invoked, with numerous instances of accidental proto-sludge emerging in the interplay between then-guitarist  Tom Guay and mainstay bassist Sean Yseult.

By the time of 1989's fateful Make Them Die Slowly full length, White Zombie had been signed to Caroline, a label that had previously issued Children of God by the likeminded noise rockers Swans, but Caroline – in their infinite wisdom – insisted on Bill Laswell producing the album. Laswell, hardly a slouch as either artist or producer, proved to be a poor fit for the increasing sophistication and more basic, borderline heavy metal sound that the band had graduated into, and Make Them Die Slowly fared little better than their previous releases in terms of both sales and polished production. It went nowhere, and would be long out of print by the time Beavis and Butthead gave White Zombie a national spotlight.

Fortunately, a continued reputation as a sterling live band led to several different major label offers despite the flop of their debut album. Of those offers they chose Geffen, and of course the rest is history. Picking up on contemporary influences from groove metal and Wax Trax-style industrial, White Zombie released La Sexorcisto in 1992 and soon found themselves household names. The novella-length liner notes that accompany It Came from NYC take us all the way through to that band's breakup and the beginning of Rob Zombie's solo career, but as none of that material features on this box set it can be summed up for the purposes of this review as an engaging if ultimately superfluous epilogue. The difficulty of White Zombie's  1980's era will continue to make this early music a tough sell for most fans of their 1990's material, as will the dodgy recording quality befouling nearly all of those early tracks, but It Came from NYC functions less as an exegesis on the rise of a superstar band and more a condensed microcosm of a starcrossed group perpetually on the verge of homelessness, artistic misdirection and – more fatally for Straker than anything else – just plain not making it.

Packaging notes: the image above reflects the vinyl version (duh), the biggest difference with the CD box set being that all audie is condensed to three packed CD's and inserted in slide-in jackets in the front and back of the hardcover booklet. There are no individual album sleeves as on the vinyl version above. One is more commensurately affordable than the other, though, so you can weigh the pros and cons and then order here.

In this article: white zombie 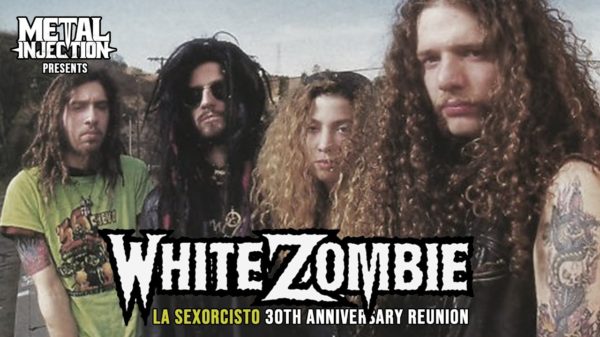 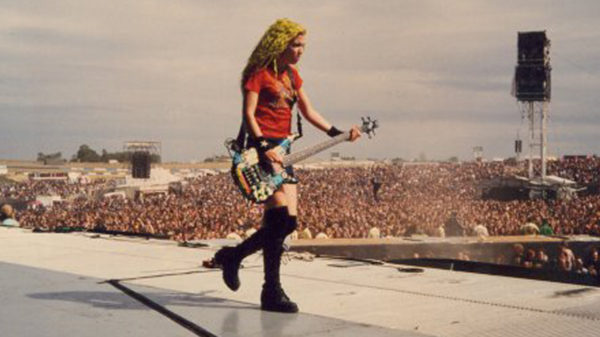 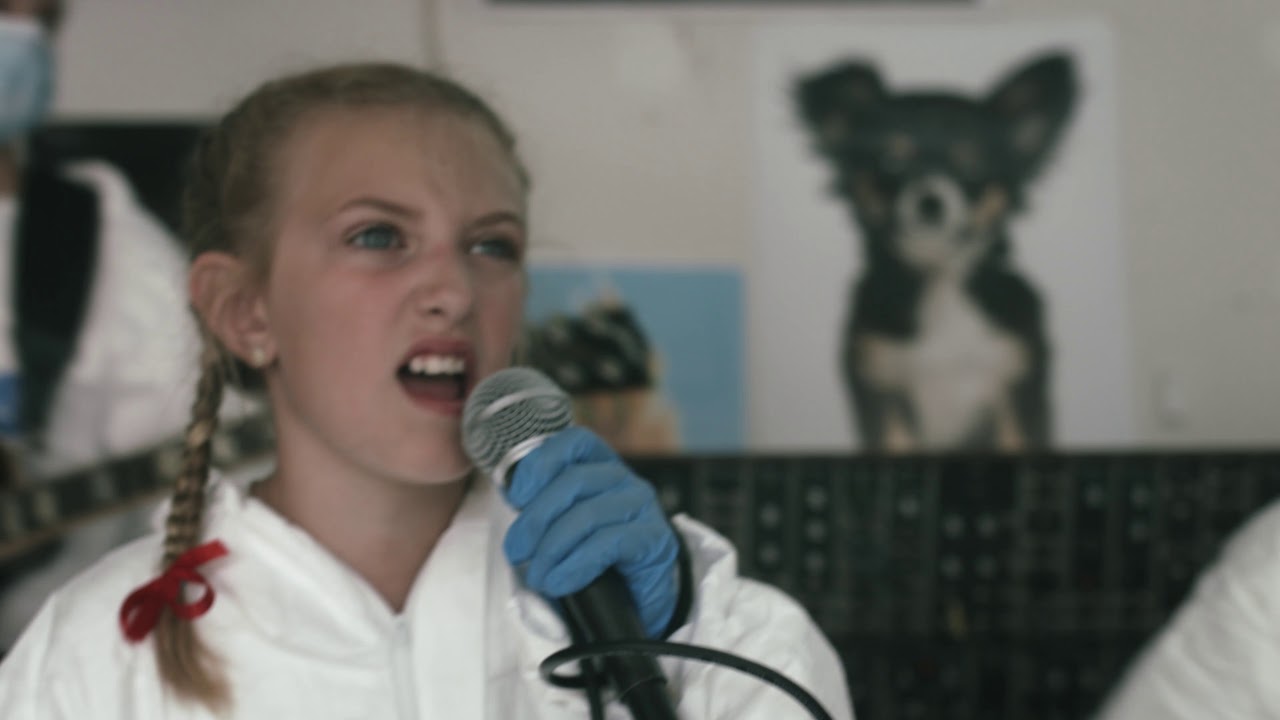 We love seeing videos from the O'Keefe Music Foundation, and their most recent cover features seven kids offering an adorable cover of White Zombie's... 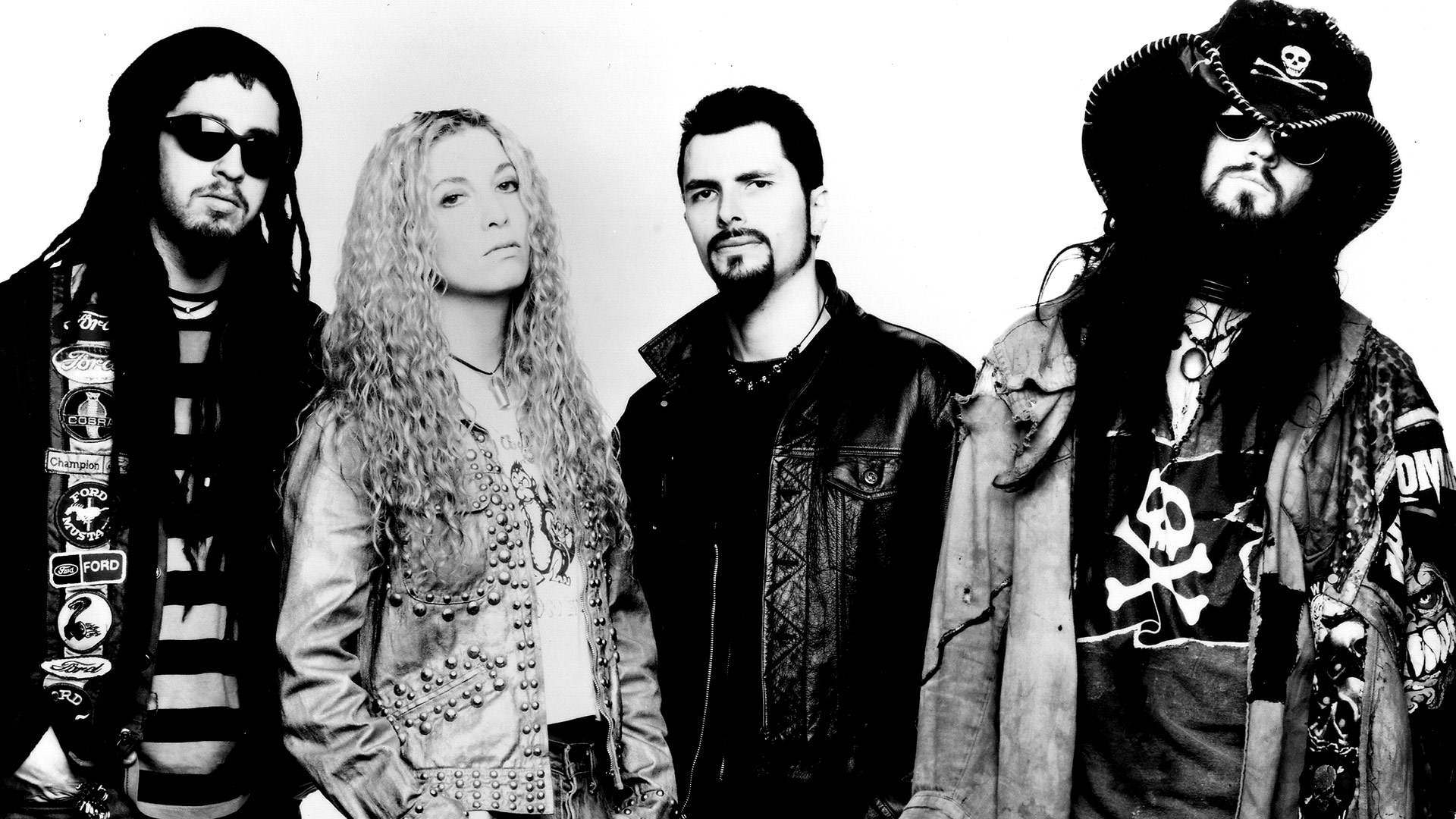 Watch A WHITE ZOMBIE Show From 1996