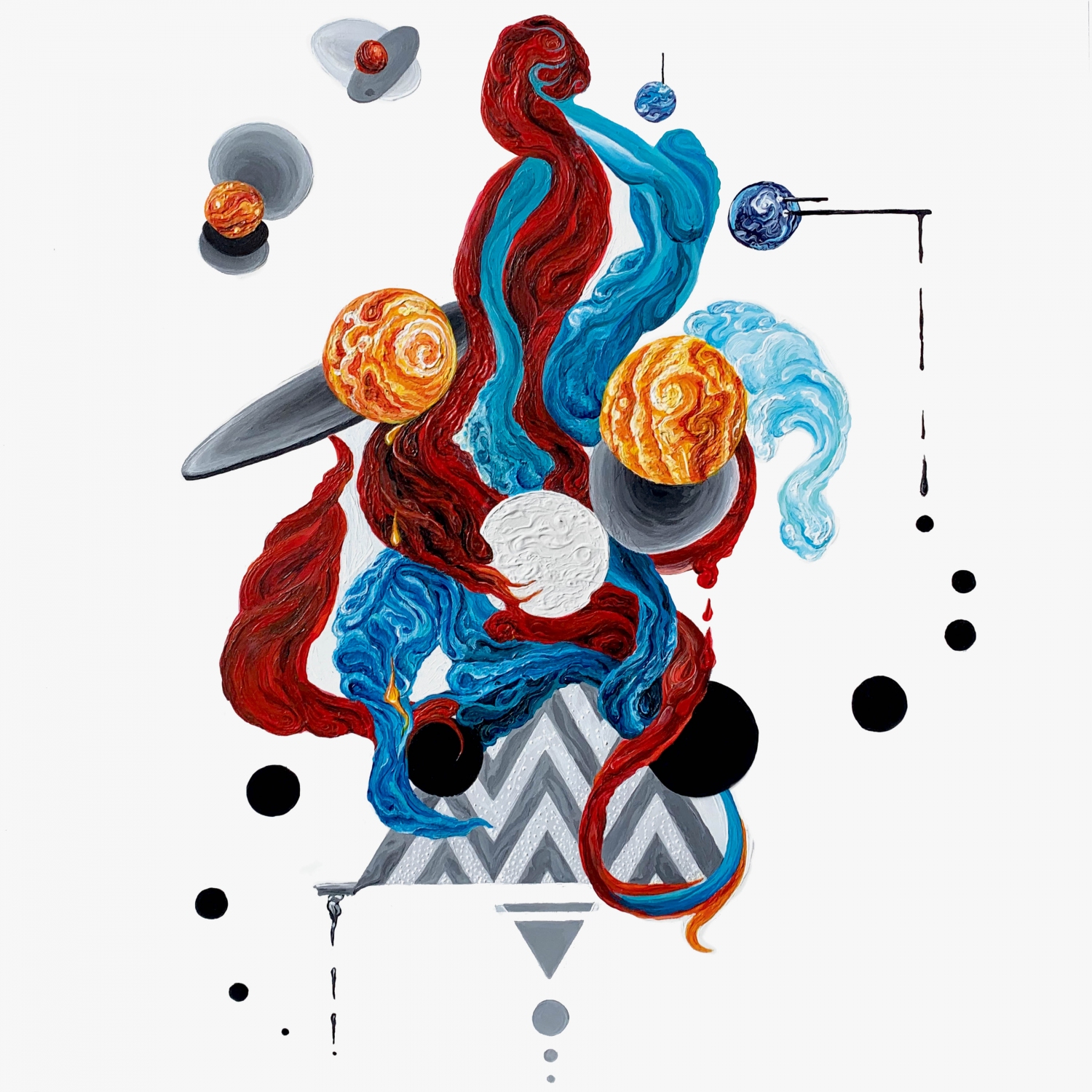 While Titan To Tachyons exist on a different plane than metal propper, their frenetic jazz-rock has a lot to offer the adventurous metalhead. It’s no surprise that the band’s 2019 live performances made ripples in the New York underground, considering its powerhouse lineup of guitarist Sally Gates (ex-Orbweaver, Gigan), drummer Kenny Grohowski of Imperial Triumphant and bassist Matt Hollenberg of John Zorn fame. Titan To Tachyons’ sound certainly lends itself to live performances, which begs the question of whether their debut LP can capture that lightning in a bottle.

Cactides does to progressive stoner metal what Behold… The Arctopus did to tech-death, taking its eccentricities far enough to transcends genre. The opening riff of “Morphing Machineminds” could easily appeal to fans of Elder or King Crimson, but the band wastes no time in diverting the fuzzy harmonies and swaying beats with a serene chord progression and bizarre, dynamic percussion embellishments. As the waltzy feel builds from delicate to spiraling, it's frankly crazy how the culminating noise-core blast circles back to the alien three-count groove. Listening to Titan To Tachyons is like riding a bike, except the bike turns into a cyborg squid and rockets through an avant-garde wormhole. 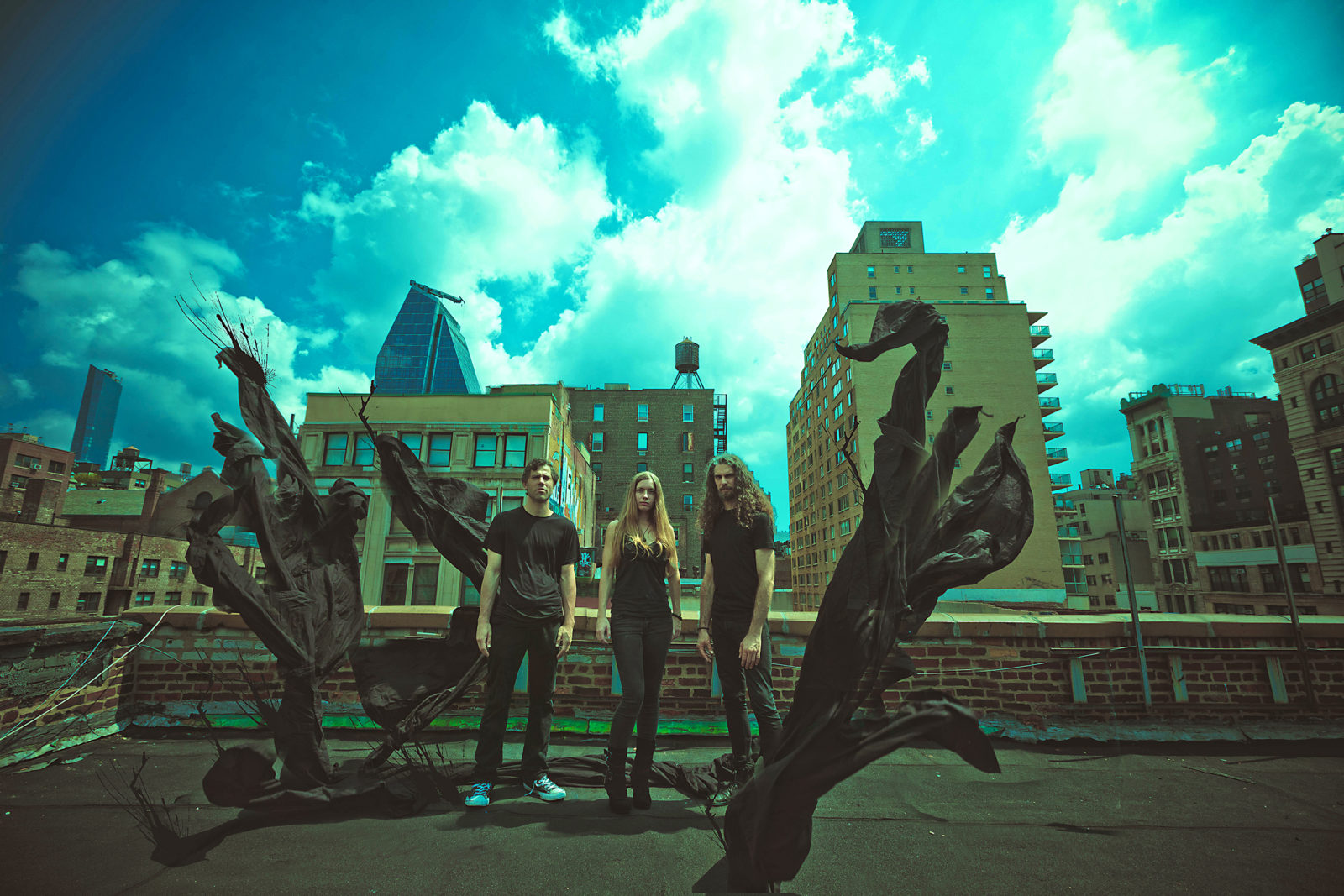 Titan To Tachyons simultaneously becomes less recognizable and more accessible than its associated acts. Where it's still feasible to call Imperial Triumphant a metal band, these three musicians are really only connected to metal in terms of the instruments being played. In fact, it’s easier to compare the constant rhythm switches and lopsided modulations of “The Starthinker is Obsolete” a more shred-happy take on Secret Chiefs 3.

When the riffs arrive, nonconformity still remains supreme. In the meantime, Grohowski and Hollenberg have no problem with contorting linear structure beyond recognition. They synchronize their acrobatic, spontaneous flourishes, while Gates walks the line between textured meandering and impressionistic melodicism. While certainly comparable to The Sumac/Keiji Haino collaborations in terms of unpredictability, Titan To Tachyons are much less abrasive and noisy. The hard-edged riffs of “Tycho Magnetic” and “Earth, and Squidless” have the memorable artistry you’d expect from the prog-metal elite, but the hushed spiritual jazz meditations all come packed with taste and emotion.

It’s very clear during these softer sections that this band prefers going with the flow to cementing arrangements. In many cases, ideas are established and marinated on during introspective wanderings, before exploding with crunchy, distorted breaks. The trio gels remarkably as they cyclically reinterpret ideas without derailing the cohesive vibe. Titan To Tachyons revels in chaos and beauty, finding the pocket in the midst of constant twists and turns.

Part jam session and part meticulous composition, it's clear that Titan To Tachyons could really go in any direction on Cactides. Take the no-wave cavalcade of closer “Everybody's Dead, Dave,” for instance. There’s no guessing where all of the composite sound effects and tumbling percussion could go. Be it bassist Trevor Dunn of Mr. Bungle trading bars with Gates, or endless mind-blowing drum fills from Grohowski, this band has free rein to get as wild as they see fit. The icing on the cake becomes the inexplicable catchiness that reveals itself at opportune times.

Considering the three musicians it brings together, it’s hardly a long shot for Titan To Tachyons’ music would be technically sound. The deciding factor becomes whether the ideas presented leave an impression beyond their experimentalism or chops. To that effect, Cactides supports its avant-jazz corkscrews with genuine musicality and melodic motifs. It’s a hell of a debut from an exciting act in weird rock music.

In this article: Cactides, Titan To Tachyons