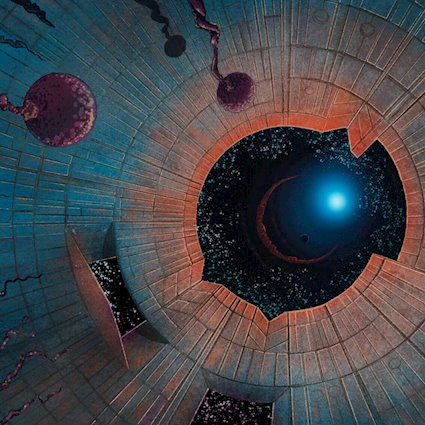 In a time before Conan and Windhand dominated the doom scene, there was Slomatics. Formed in 2004, the Belfast-based band shapes massive waves of fuzz to craft a sound that is driven by sheer volume and classic sci-fi. The veritable acid bath of their latest record, Canyons sees the group delving into deeper depths than ever before. Slomatics build on their past successes to craft an album that shows their fundamental understanding of doom—spreading their fuzzy gospel worldwide.

The three-piece continually impresses, taking a notable sonic step forward from their 2016 full-length, Future Echo Returns. Canyons shows the development that was displayed on their 2018 collaboration with Mammoth Weird Wizard Bastard was merely a step in this direction. This is the sound of a band embracing a sort of creative second wind. Remember, Slomatics were brought back into the foreground by Jon Davis of Conan, who is putting Canyons out on his label, Black Bow Records. 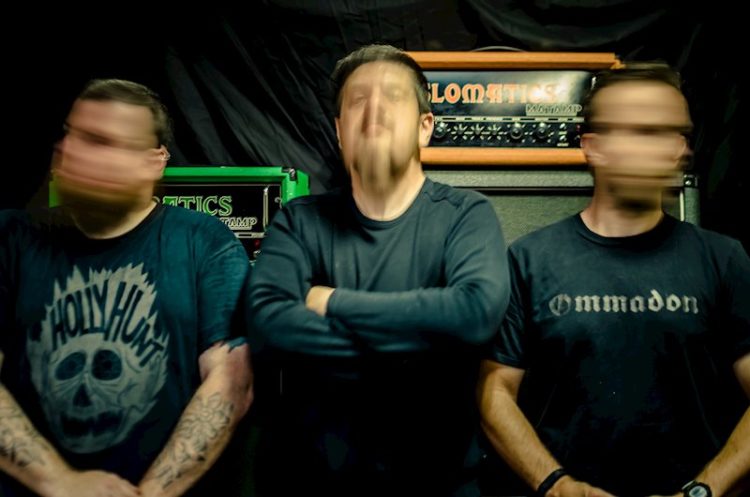 Canyons fascinates because of the breadth of the compositions. It is likely the band’s most diverse offering to date. One need look no further than the glorious synth padding on the opening track, "Gears Of Despair." It's clear that these spacefaring audionauts have found a new dynamic in their melodic guitar playing and lush synths. When counterbalanced with delicious lead lines run over an ominous bottom end Slomatics prove they aren't only among the founders of the fuzz throne—they are also among the best to ever do it.

Without any tracks that linger, even the longest offerings seem reasonable simply because of their sheer momentum. Rather than fading into boring cycles and repetitive riffs, Slomatics are able to properly conjure up a transcendent aura of science fiction wizardry. The warmth of the tone is a highlight here too. Waves of fuzzy absolution on “Telemachus My Son” encourage deep dives into cosmic oceans of distortion. Contrast this with the doom-laden trudge of “Cosmic Guilt” and the songwriting on Canyons starts to really shine.

The band adorns this record with some of their most impressive vocal performances to date as well. 15 years in and Slomatics seem more ambitious than ever. The soaring voices on the extra-terrestrial epic “Mind Fortresses On Theia” shows that six records and countless splits into their career, Slomatics are still pushing. It's encouraging to hear a band who have this amount of drive, especially in the historically lazy sub-niche of fuzzy doom metal. With all sorts of musical tension pushed to the fore, a sense of rhythmic momentum defines the record.

These sci-fi obsessed Irishmen are going to plunge forth, no matter the consequences. Canyons is among Slomatics most dynamic and tightly honed records to date. In some ways it actually marks the most effective entry point for a new fan into the bands discography. It's thrilling when a group is able to pull together something so refined and forward thinking so deep in their career. Slomatics have brought their A-game on Canyons and it will stand as a landmark in their career.

In this article: Slomatics 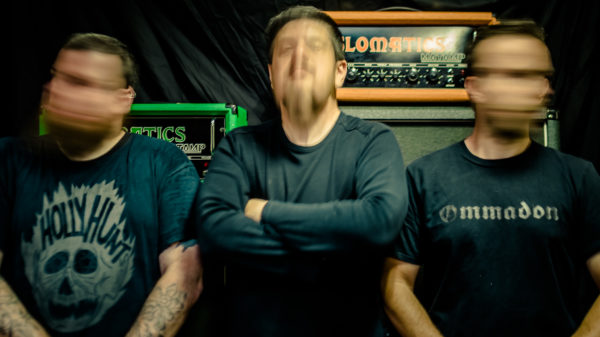 And Domkraft covered Slomatics for the same reason.

Shit is about to get heavy... Very heavy.