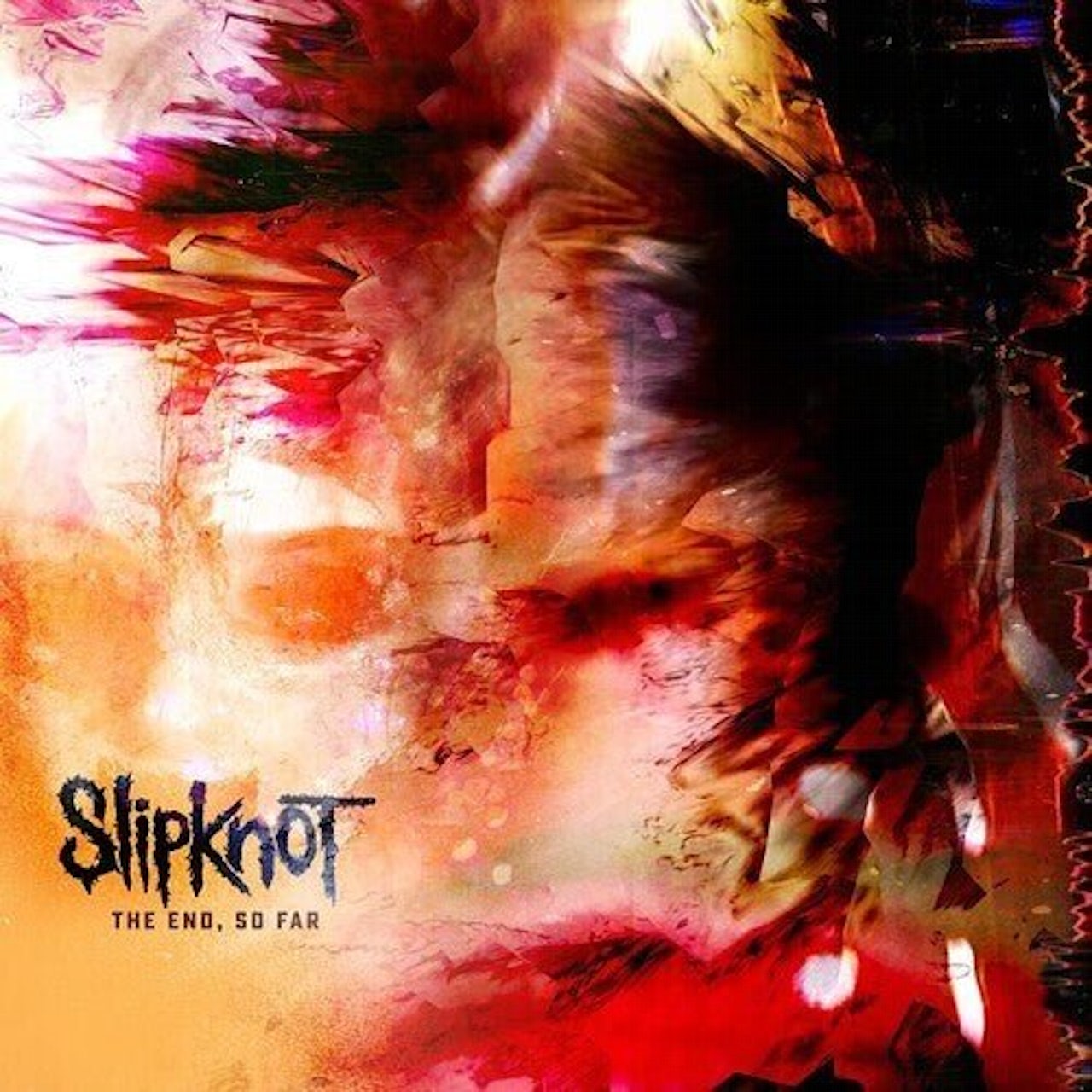 What a time to be alive with Slipknot in their legacy era. Many scoffed when nine masked maniacs from Iowa charged into the Ozzfest circuit, but they've proven their critics wrong and become one of the most influential metal bands of the past 20 years. Some mainstream crossovers have overshadowed their ability to sneak extreme metal hallmarks into the mainstream on a nu metal Trojan Horse, but Slipknot is nothing if not persistent. Even after losing their founding drummer Joey Jordison and bassist Paul Gray (may they both rest in power), and later dishonorably discharging percussionist Chris Fehn, The Gray Chapter and We are Not Your Kind proved that the band's story is far from over. Indeed, perseverance remains heavily implied on Slipknot's seventh album The End, So Far.

The End, So Far was succinctly described by vocalist Corey Taylor described as a "heavier version of [Vol. 3] The Subliminal Verses." Harking back to that 2004 album cycle recalls a lot of experimentation—a band testing the limits of their sound. While some of The End, So Far plays it safe by Vol. 3 standards, the album still concludes Slipknot's 24-year run on Roadrunner Records with a bang.

It's not a Slipknot album without a weird intro, this time through the plodding pianos, mid-tempo rock beat and bouncing bass lines of "Adderall." If not for Taylor's singing voice, the song's swirling electro-acoustic ambiance wouldn't sound out of place within the realms of goth or post-rock. It gives credence to The End, So Far's experimental quotient before "The Dying Song (Time to Sing)" returns to classic Iowan violence. While its overall vibe isn't particularly distinct compared to singles like "Negative One" and "Unsainted," a bass flourish from Alessandro Venturella here and an extended drum fill from Jay Weinberg there make it a worthy adrenaline shot after a song, slow beginning.

The only shame about "The Dying Song" is that "The Chapeltown Rag" one-ups it in every way, other than their comparably enjoyable choruses. A creative narrative connects religious oppression to the demented mind of serial killer Peter Sutcliffe, driving the song from DJ Sid Wilson's frenetic breakcore intro ("Eyeless," anyone?), to a devastating final act of rapcore steez and sludgy slow-downs. Slipknot punctuates its crowd-pleasing quarter note hammering with blast-beats and tremolo riffs, and it really sounds like all nine members had a hand in making the song complete.

This carries over to the moody slow-burner "Yen," which functions nicely as The End, So Far's "Vermillion." Its sensual melodies and bombastic dynamic changes come augmented by sampler Craig Jones' choice additions of marimba and atmospheric distortion. Taylor follows the song's arrangement with a wide vocal range, intuitively exploding into the hard-nosed breakdown and fading into dizzying double-kick-driven ambiance.

Though it starts with Jim Root and Mick Thomson slathering off-kilter string bends and nervous tremolo on Weinberg's machine-gun blast beat, "Hivemind" quickly reverts to the trademark Slipknot "DOO. KAH. DOO. KAH." rhythm structure. While the track is plenty headbangeable, it's worth pointing out that every track from Vol 3, good or bad, feels very different from the others. It's not necessarily a bad thing that the song's mosh part obviously recalls "Sulfur" and "Unsainted," but a cut like "Medicine for the Dead" stands out more than a third "DOO. KAH." routine. "Medicine" breaks new ground with a bizarre waltz feel, opening doors to fresh guitar voicings for Taylor to sing over. At over six-minutes, the track sports ideas worth marinating in, as well as exploding outward with some of Taylor's more expressive melodies.

Amid the battering low-end attack and chaotic screams of "Warranty", Root and Thomson take the intense beat changes by the horns with an uncommon ability to play riffs both bestial and tasteful. This allows the quasi-operatic bridge section to feel as natural as it is unexpected, making up for a lesser attempt at "Heretic Anthem"-style crowd shout call-and-response. "Warranty" also offers more openings for percussionists Shawn Crahan and Michael Pfaff to up the ante with their auxiliary snares, kettle drums and kegs. This sentiment is shared with "H377," showing that Slipknot can bring the heaviness without sounding derivative. Beyond the bombshell drumming and repeatable riffs, the song actually contains one of the band's better on-melodic choruses—memorable and aggressive.

Luckily, some less brutal tracks like "Acidic" carry extra layers to separate them from Taylor's more accessible band Stone Sour. Slipknot elevates this crooning side with industrial horror soundscapes, to a tension-filled dirge of dissonant guitar strains, vocoded manipulations and some surprisingly pronounced bass lines and percussive ornamentations. It's actually impressive that Taylor can extract hooks from these unorthodox sonics, whereas "Heirloom" gets too close to a "hell yeah brother" butt rock vibe for comfort. Some of the barrel-chested riffs are fun, but overall, it doesn't find Slipknot putting their stamp on calmer waters.

The End, So Far isn't Slipknot longest album, but its concluding duology begs the question of why it needed to be almost an hour long. "De Sade" feels like the logical end of the album, complete with bittersweet modulations, cathartic mood-swings and passionately ascending melodicism. It even has the album's best guitar solo, so "Finale" hardly lives up to its name. It's like concluding All Hope Is Gone with the b-side "Till We Die"—not to mention that on-the-nose "we're still around" lyrical mantra. Like, yeah, it's no surprise that Slipknot "likes it here." It feels too self-aware for the more cryptic imagery that defines much of the album.

That said, The End, So Far is miles away from a throw away album to get out of the Roadrunner contract. It contains plenty of powerful moments, and successfully breaks new ground for Slipknot 27 years into their career. Now that they can pave their own path, here's to hoping they take more chances than ever before.