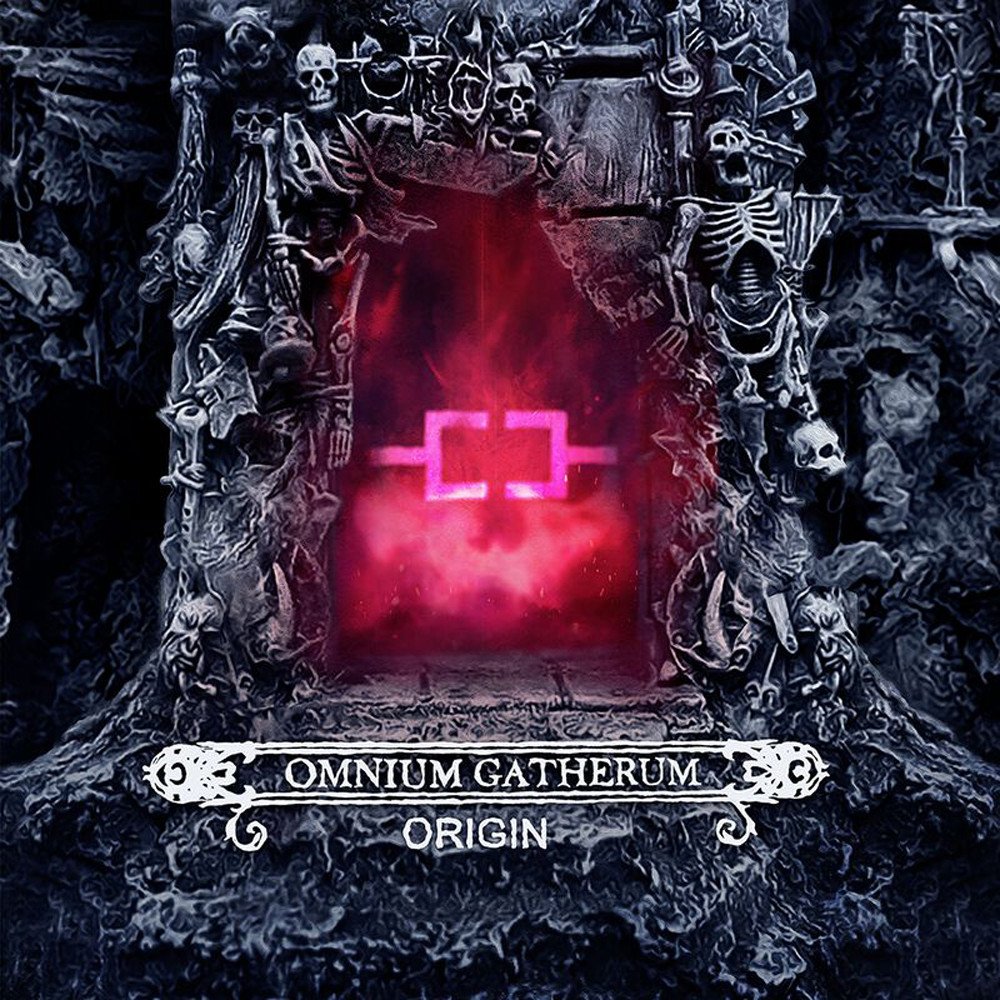 When it comes to melodic death metal, arguably no one does the melodic half of that equation more melodically than Finland's Omnium Gatherum. Going back to the band's early days, they've always exhibited the sonic flair to place them in the same category as Mors Principium Est, Insomnium, Dark Tranquillity and the like, certainly showing along the way that they know how to seamlessly move the puzzle pieces around without sounding disjointed and harshly juxtaposed.

It was on 2008's The Redshift where the band began adding extra sunshine and a rosy red-cheeked quality to the melodic component and catapulted those elements to the forefront of their compositions. This has created a broader dimension and contrast in their music where the death metal gut-punch exists alongside some of the strongest and most hummable material bands of this ilk have ever poured sugar on. The Redshift, New World Shadows, Beyond, Grey Heavens and The Burning Cold are albums I can still whip out and marvel at how each digs its anthemic hooks into spots that should have healed over. And if after 13, 10, eight, five and three years (respectively) riffs and melodies still haven't vacated the old noggin' then there's no point in fighting the battle. If anything, I should be petitioning my partner to make sure these albums are part of my 'Old Man Exhibiting Signs of Dementia' playlist. I might end up forgetting names and faces of family, relatives and most of my past, but it looks like I won't be able to forget Omnium Gatherum, even if I try.

The pre-game assumption was that Origin was going to be rife with difference, given the lineup overhaul the band experienced (losing a guitarist and overhauling the entire rhythm section) over the past couple of years. As well, as an air of melancholy was to be expected given the hard-touring, road-loving outfit being grounded during the pandemic. But hope for a sprightly mood emerged after the appearance of on-the-record quotes about the parallels between this, the band's ninth album, and Def Leppard's Hysteria. If there's a band that can manage the diapasonic spectrum between forlorn elegy and joyous, Pride Flag-waving and Maypole Dancing summer time celebration with progressive death metal, it's these dudes.

So, what's the first thing they do on their new album? Start with "Emergence," an intriguing mix of flavors including down-picked chug, hair metal axe flourishes, AOR chord progressions and a ridiculous air of positivity not ordinarily found in metal or emerging from the ass-end of a mood slaying global pandemic. What stands out about this, and the rhythmic swing, blue-sky swells and high-fallutin' melodies of following track "Prime," is not only how bright the keys and guitars (and, oddly enough, the kick drums) are, but just how pumped up in the mix they are. The swaying soar of the counterpoint and harmonies between guitarist Markus Vanhala and keyboardist Aapo Koivisto are definitely spotlit, smooth out the edges of Jukka Pelkonen's gruff bark and play off the chorus' sharp staccato riffing.

"Paragon" combines all of the above into shuffling death metal swagger lovingly caressed by a clean sung chorus. This, combined with a glorious, Iron Maiden-esque gallop will have mind's eyes everywhere envisioning stadiums of people removing their hats and placing their hands over their hearts in recognition of their nation's colonization successes before swinging their manes the way Canucklehead glam rockers Brighton Rock used to during that era where they misguidedly imagined themselves to be heavier than they actually were. Cut from the same cloth is "Reckoning" in its collision of In Flames' The Jester Race with the '80s Sunset Strip and (ho-hum) another killer solo.

It's about at this point into the album's duration it becomes clear that Origin has greatly removed Omnium Gatherum's foot from the gas pedal in favor of a more consistently mid-range presentation. This, for the better, allows for melodies to breath and for everyone, and especially drummer Atte Pesonen, to include accented bits and bobs and shake 'n' bake to compensate for a hundred notes per minute being halved. Though, for the worse, it's where the album's lack of tempo variety actually becomes a noticeable liability to dynamic potential.

"Fortitude" has a horror-lite soundtrack vibe to the verses and, despite keeping up with melodic appearances, it does meander and lack flow in spots. A little Easter egg located within its generally linear anti-structure is a briefly referenced riff that will be instantly recognizable to anyone who's ever listened to music of any sort, ever. You'll know it when you hear it and even though you might not exactly know where you've heard it, you've heard it a million times before.

The individual elements comprising "Friction" are common knowledge to anyone who owns more than a few melodic death metal albums. Thankfully, Omnium Gatherum attempt to gussy things up with off-kilter drums in the pre-chorus and chorus (I imagine traditional and conventional song writers losing their shit at a grandiose chorus being where they opted to throw in the weird shit) and contradictory guitar sparsity. Solo fucking kills, too. "Tempest" has a slightly revved up mid-section in which another exquisitely fluid solo is unleashed, "Unity" is six-plus minutes of unwavering mid-pace that not even an understated piano solo (that fucking kills, 'natch) can salvage from the 'should have been cut in half' scrap heap, and "Solemn" ends on a massive melodic note with some of the fastest riffing and double bass of the album. It's still a song that wouldn't be out of place at a Finnish prom, but it puts its head down at a decent pace with, you guessed it, a solo that fucking kills.

All in all, Origin drags more than necessary at the hand of Omnium Gatherum's failure to mix up tempo dynamics over its course. Instead, adventurousness comes in the form of an expanded exploration of their melodic side, making it at once the band's "least" death metal but most melodically rich collection. It's (thankfully) not quite as spit-shined as a Mutt Lange production, but it is much more euphonic and dumps a ton of hooks into the musical tackle box. And the solos fucking kill.

In this article: omnium gatherum 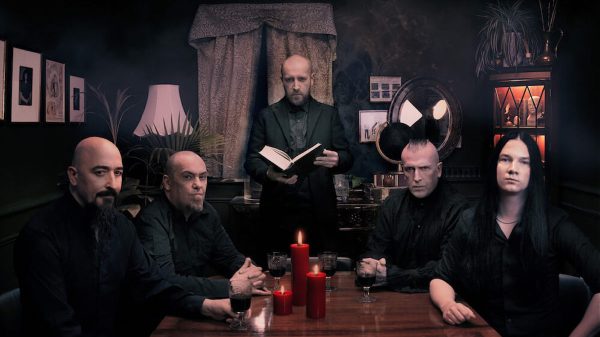 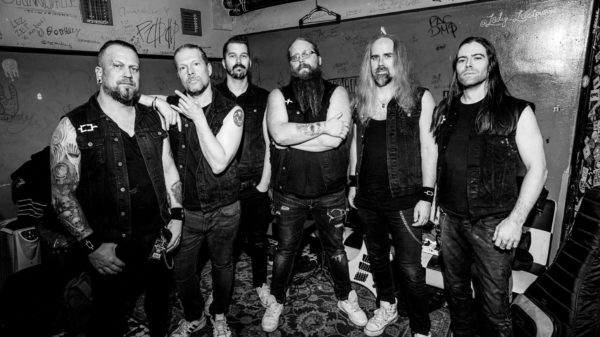 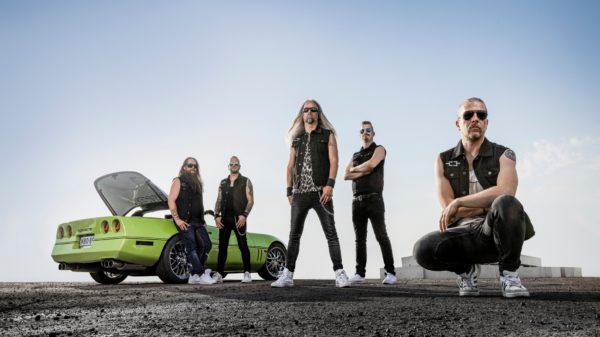 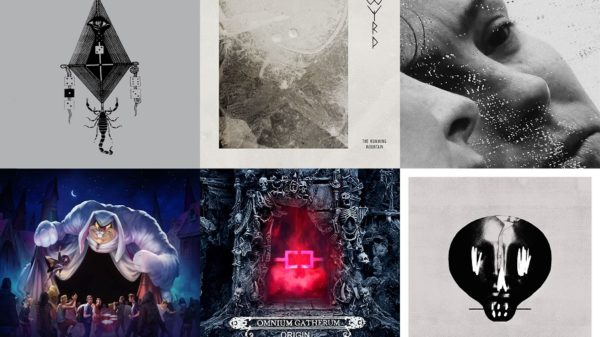