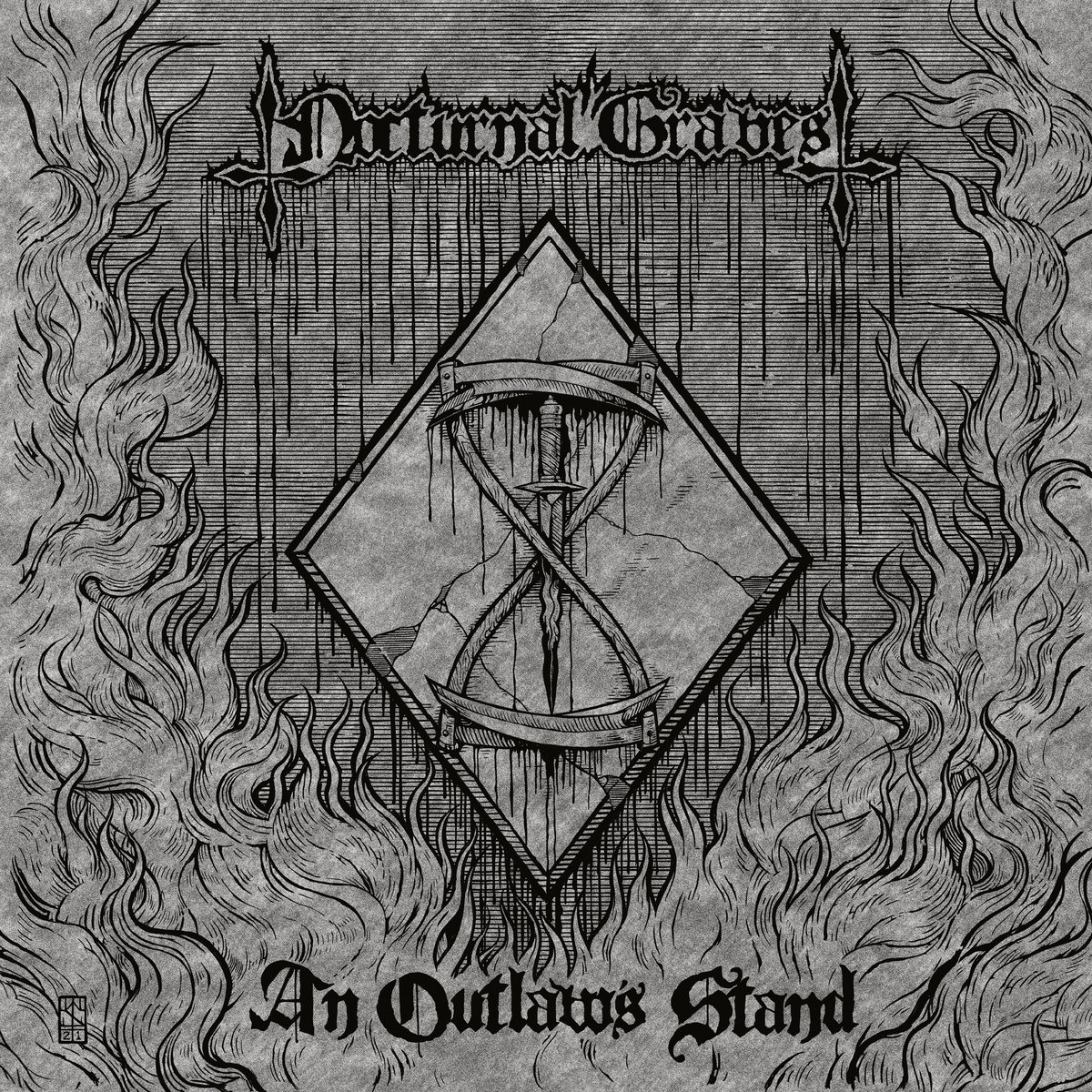 If there was a soundtrack to the original Mad Max film – you know, the one shot in Australia starring Mel Gibson before he went entirely off the rails – An Outlaw's Stand easily could have been it.

The opener, "Death to Pigs" is unmistakably Nocturnal Graves. Guitarist Shrapnel has his feverish apocalyptic tone all over this track, as well as the entire record. And if this opener sounds somewhat familiar, that shouldn't be surprising as Shrapnel, of course, is known for his long tenure in Deströyer 666, where his guitars are heard from 1997's Unchain the Wolves through 2010's See You in Hell.

Shrapnel's signature leads and polyrhythms (simultaneous cross-rhythms), common to many Deströyer 666 songs, are also found here in this newest release, most prominently in the second cut "Command for Conflict." This particular guitar sound is going to give Deströyer 666 listeners a clear dose of similarity and will easily draw them in to Nocturnal Graves – if they haven't been drawn in already. The two bands most recently toured Europe together back in 2019. Further, the band's frontman, Nuclear Exterminator, also once was a member of the famed Deströyer 666 as its drummer on 2000's Phoenix Rising record.

While previous guitarists for Nocturnal Graves on their earlier releases were perfectly adept, there's no doubt that Shrapnel's addition adds additional texture and nuance to the sonic assault and this is present in songs like "Command for Conflict."

Another aspect of this new record to take notice of is that the band has taken a slight turn back towards their blackened-thrash roots and move a bit further away from the more death metal-inspired sound in their previous release, 2018's Titan. Blackened thrash suits this band particularly well and matches with the band's outlaw persona and disposition. It's fast and loud, and much more Aura Noir or Motörhead-inspired than anything out of Tampa, FL. This is well worn black leather and obnoxious bikes that emit a ton of exhaust. This is music that you play while you're driving your Dodge Charger with the V8 hemi engine. That obnoxious velocity and anger is really fervent in the most recent single from the band, "Beyond the Flesh." You can hear a bit of Morbid Angel in there as well. I love it.

Nocturnal Graves is a breath of smog-filled air where this genre of music has become less dangerous and more palatable to the masses. There's an aura of menacing danger and peril that you feel when listening to this record. A feeling that is noticeably absent in much of the newer thrash artists. Some music is meant to be alarming and pestiferous and that's perfectly fine.

In this article: nocturnal graves 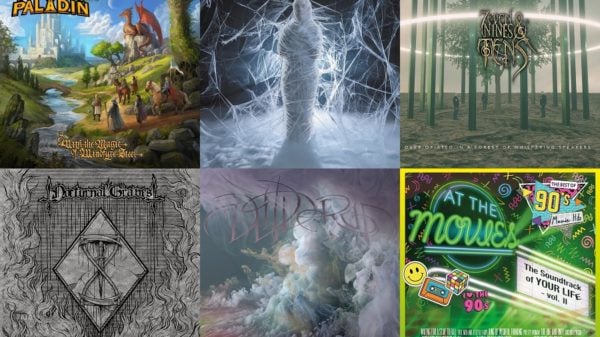 A Season Of Mist reissue means that we get to revisit this blackened thrash classic.

It's the unintended sequel to Slayer Goes to Church and "Let The Bodies Hit The Floor". The song is "When The Demons Feast" by...

Album Review: NOCTURNAL GRAVES …From the Bloodline of Cain

Five years between albums is a long time but when you've got a hundred other side projects that's just the way shit rolls. And...