Album Review: PETBRICK <em>Liminal</em>
Mars Red Sky's capacity is widely diverse, ranging from low-end riffs before layering on their circus quirky personality. Both of these opposing attributes are necessary and codependent to each other.

With a building fanbase overseas, this French trio has been slowly transitioning from psychedelic rockers to doom metallers. Their debut self-titled LP brought the basics of Black Sabbath along for a groovy ride while their follow-up, Stranded in Arcadia, delved farther into the depths of stoner rock and 70's eccentricity. Although superstitions and cliches are usually weak-willed, the 'third times the charm' saying plays well into Mars Red Sky's most recent release.

Heck, even the band thinks so with such an ambitious album title as Apex III (Praise For The Burning Soul), "apex" inferring a peak or pinnacle in quality. Through Listenable Records, the group releases their heaviest record to date. Rather than their Tommy Iommi-like riffs in previous records, the band takes their doom influence to the next level with Electric Wizard-esque grooves all while keeping their traditional Pink Floyd-y psychedelia.

The title track is clear evidence of this concoction, providing some real venue-shaking material contrasted beside calming, clean vocals. And with that, I could almost use those exact characteristics towards describing this album in entirety. Mars Red Sky's capacity is widely diverse, ranging from low-end riffs before layering on their circus quirky personality. Both of these opposing attributes are necessary and codependent to each other. Without the inclusion of the Kyuss stoner rock beefiness, the band would be too alike to Tame Impala (an example being "Friendly Fire"), yet the addition of their 70's rock vibe allows for a followable melody. The mostly instrumental songs such as "(Alien Grounds)" or "Mindreader" do themselves justice as they vary from comforting to nauseating atmospheres. On the contrary, the lyrical-heavy or structured songs provide a more memorable and lasting effect.

As I previously stated, this album is the band's hardest hitter and likely further releases will continue this progression. The opening groove on "Prodigal Sun" hinted at what I predict is to come from their inevitably heavier next album, but the musical direction slipped back into safe territory with smooth, melodic verses. It should also be noted that most of these songs take awhile to warm up to their full potential. Being currently my favorite track, "Under the Hood," boasts a strong hook after a couple minutes of building up and leads to a compelling conclusion. I may be off base in making suggestions towards what would better benefit an artist's product, however I had this continual thought in that these compositions would improve with some reverb-less guitar solos and stop-then-go phrasing to establish more dynamics.

In most cases, the songs can stand on their own, but when watching a few of the retro, bizarre visuals provided in their music videos, I am convinced that their material is far more superior when accompanied with that extra stimuli. And as I was beginning to ponder on this dilemma, I discovered that the band is funding exactly that. Seb Antoine, who previously collaborated on the making of a video for "The Light Beyond" last year, plans to produce a short movie based on the two first tracks of this LP. Most would agree in the fact that visuals add to the overall experience of music, but it took me watching the videos to actually fully appreciate the tracks presented.

All in all, these riffs may be repetitive in nature, but like all the greats, the atmosphere and strength of the actual riff allows for the listener to become lost in the cloudy soundscape. The deeper you dig into Apex III, the more you'll understand the band is less of a down-tuned jam fest, but rather an exploration of classic rock moods and atmospheres. A constant battle between the thunderous riffs and the whimsical nature creates an enjoyable duality. This album shines the most when the band syncs up on a single steady melody. I'd surely agree that this is Mars Red Sky's finest release yet and furthermore predict an even more impacting release in the future.

In this article: Mars Red Sky 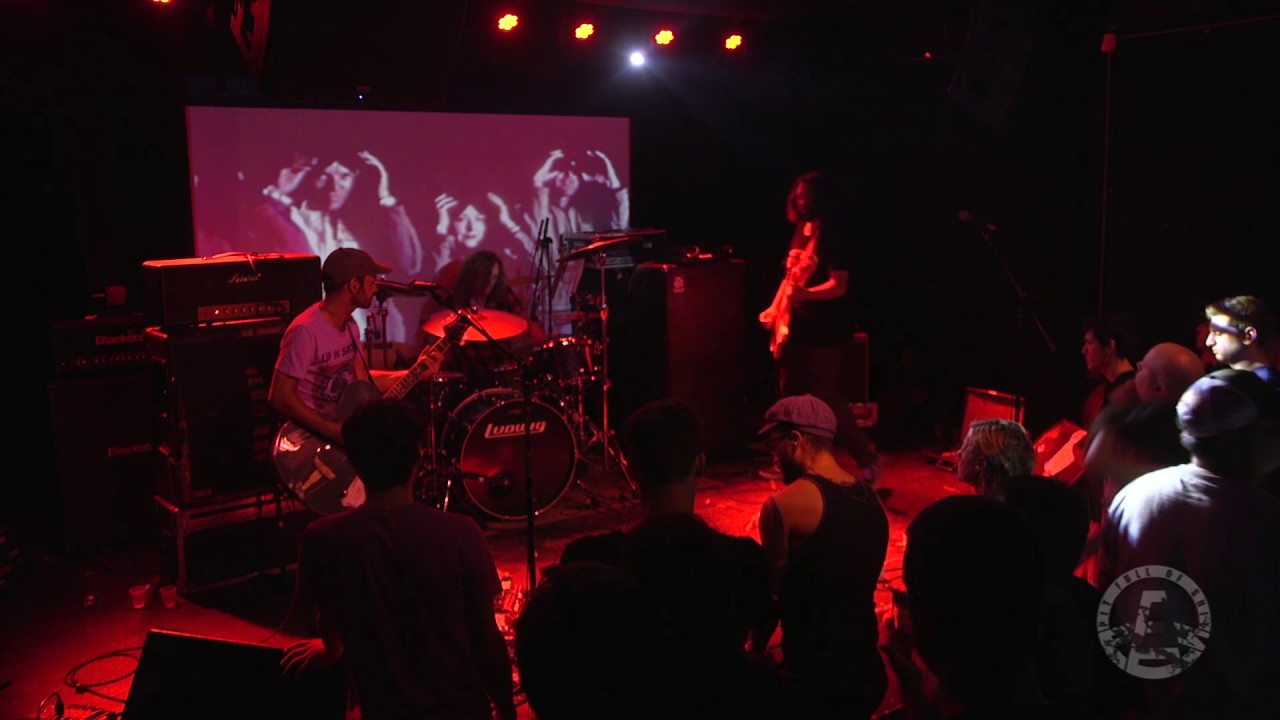