Album Review: ELDER <em>Innate Passage</em>
If Ugly Produce ended at the halfway point, we might be heralding it as a modern masterpiece; we’d also be referring to it as an EP.

At the risk of sounding like a complete and utter enter-appropriate-negative-adjective-and-noun-combination-of-choice-here, I don’t think King Parrot’s albums are designed to exist as immersive listening experiences fraught with layers of experimentation in which listeners will peel back the sonic layers to reveal new elements with each spin for time immemorial. There’s a pretty good chance the quintet from Melbourne don’t enter the rehearsal room or studio with thoughts of flipping the music world on its noggin’ with their thrash/grind compositions. Having a laugh, having more beers, fucking with po-faced seriousness? Yes. Anything similar to what goes through Mikael Akerfeldt’s brain when he sits down to write a record? Nope.

Especially considering that first of all, most people are going to download or stream or do whatever it takes to avoid actually and directly buying a copy of the band's creation, and secondly, the chief focus of King Parrot over the past five years, and seemingly for the foreseeable future, is staying on the road. So, one can look at Ugly Produce as more of a tool to keep them on tour as opposed to being a ground breaking piece of comprehensive art. Instead of the band rehashing the material from their Bite Your Head Off debut and Dead Set follow up in the live arena, Ugly Produce throws some new material into the set, making for a fresh(er) experience when they inevitably hit your neck of the woods (probably on multiple occasions) sometime in the next couple of years.

Live, by the way, is where King Parrot excels and is at its best. You haven’t lived a full and robust life until you’ve paid witness to the unhinged energy its members convey, the between song banter which oozes cutting, Down Under humour and bassist Wayne “Slatts Slattz” Slattery's shit-eating grin and his making come hither eyes at his instrument like he’s trying to seduce it into some back alley rumpy-pumpy instead of playing intense bursts of thrashing grind.

Album number three kicks off with “Entrapment,” a surprisingly textured slice of mayhem that incorporates stop/start riffing, bass slides and spacious strummed chords warring with rickety blasts and vocalist Matt “Youngy” Young’s Draino-drinking screech. “Piss Wreck” adds a chugging and mid-paced anthemic chorus to some whirling, Brutal Truth-type grind with the sing-a-long anthems continuing in “Disgrace Yourself” (which otherwise sounds like a death metal Slayer taking on mathcore), “Ten Pounds of Shit in a Five Pound Bag” (a lethal crossover classic in the making) and “All Hail the Grub” (which weaves in references to hardcore punk and ‘70s rock). If the album ended there, we might be heralding Ugly Produce as a modern masterpiece and all that second guessing talk in the introductory paragraph of this review would be moot; we’d also be referring to it as an EP. As it stands, however, “side one” absolutely trumps the second half of the record during which King Parrot can be heard spinning its own wheels.

To be sure, there’s nothing inherently wrong or bad about “Scattered,” “Now it Stokes Frenzy,” “Numb Skull,” “Die Before You Die” and “Spookin’ the Animals,” the songs comprising Ugly Produce’s second half. It’s just that this album is very obviously top heavy. Think of how many records you own that hardly ever get the B-side spun. Think of how many CDs you have that you rarely make it to the second half of. Think of how you wouldn’t recognise a “deep cut” unless someone pointed it out to you.

Please don’t think that King Parrot is begin deliberately singled out here; this isn’t an uncommon phenomenon and no one is immune. There’s a reason that, when Metallica did all those Black Album anniversary shows a couple years back, they played the album backwards. Metallica is a boring listen at best (yeah, I said it), but can you imagine the en masse anti-climax thousands upon thousands would experience if their evening ended with “The Struggle Within”? All the songs of Ugly Produce’s second half are speedy ragers, but aside from a couple brief flashes in the chorus of “Numb Skull” and the main riff to “Die Before You Die” nothing really delivers a knockout punch. But that’s OK, because even if they decide to end gigs on their upcoming US tour opening for Superjoint (see poster/dates below) with the DRI-meets-doom of “Spookin’ the Animals,” you can still be entirely consumed by watching Slatts do his entertaining thing on stage.

">
Advertisement. Scroll to continue reading.
In this article: KING PARROT

THE WEEKLY INJECTION: New Releases From MASTODON, CHELSEA WOLFE, CRADLE OF FILTH, and More Out Today – 9/22

This edition include wacky guitar frettery, a fruit themed album cover, spookiness, and more! To the metals…Advertisement. Scroll to continue reading. 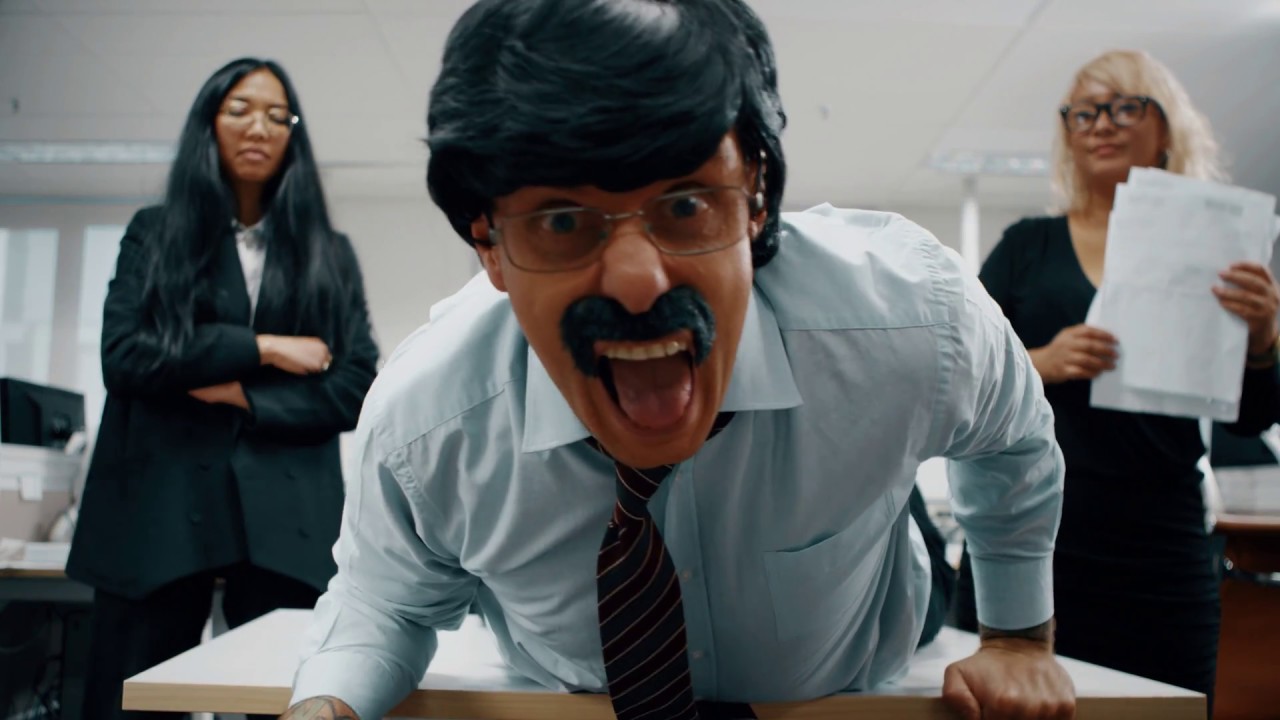 This is how not to handle finding a job.

KING PARROT Violently Kills You Twice On "Die Before You Die"

It's probably about Australia trying to kill you.