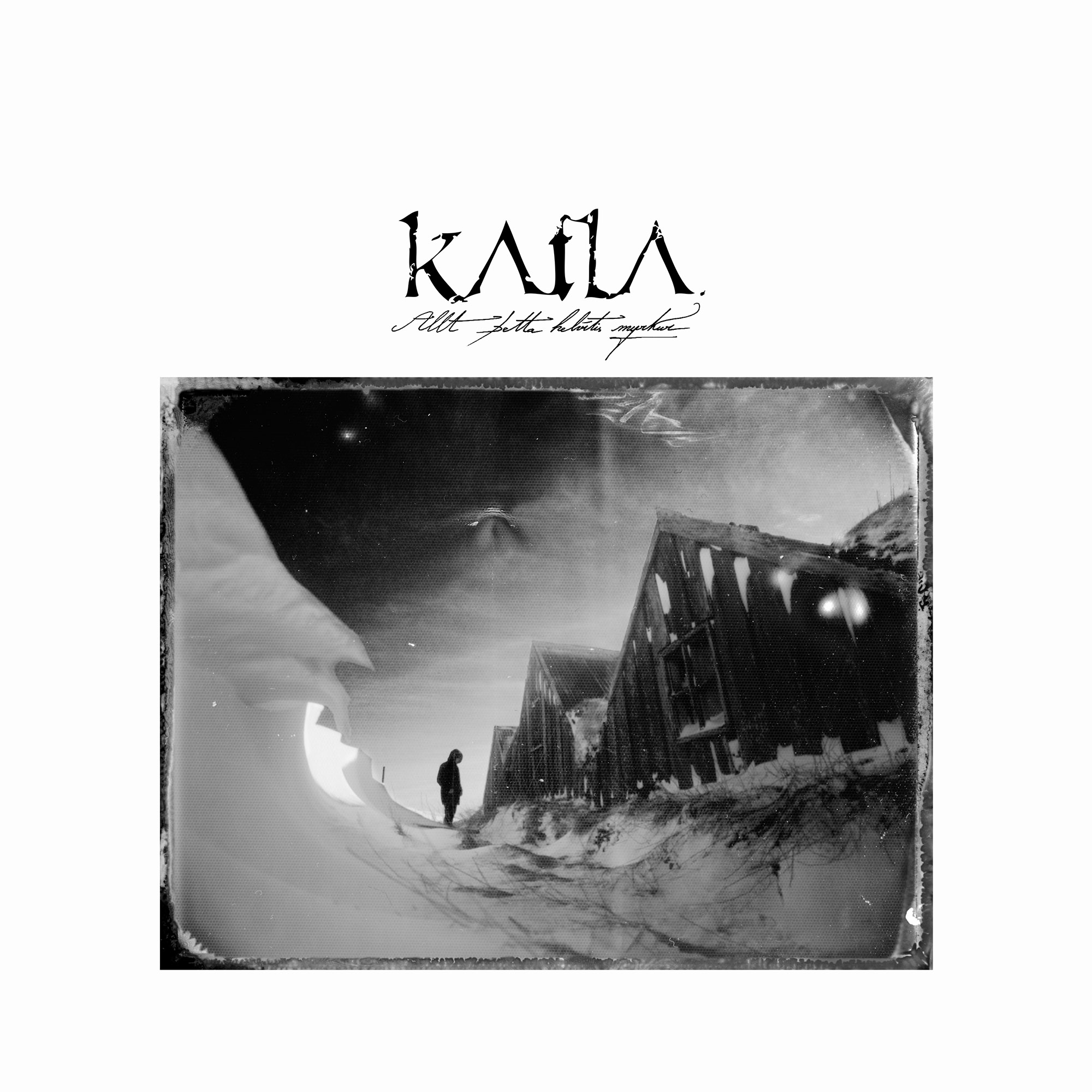 Named after Iceland’s most formidable volcano, atmospheric doomers Katla make their homeland the cornerstone of their expression. The band’s mystical melancholy and crushing heaviness certainly manifested in 2017's Móðurástin (Icelandic for Motherly Love), but the band’s intent fully reveals itself with this sophomore LP. Translating from Icelandic as “All This Damn Darkness,” Allt Tetta Helvitis Myrkur doubles down on the most haunting aspects of its predecessor. Rather than resort to aggressive chest beating, Katla rises to the occasion with melodicism to match the abyssic sonics.

Katla compares this album to a meteorological anomaly known as the Icelandic Low—the center of low air pressure between Greenland and Iceland known for its winter windstorms. The monolithic dronescape of opener “Ast ordum ofar” definitely brings to mind such a cavalcade of pitch-black frost-bite, even without drums. The ghostly singing of Einar Thorberg Guðmundsson (who only sings in Icelandic, for maximum obscurity) cuts through the ambiance with immense passion, immediately commanding attention with his extensive range and full-bodied tonality. Guðmundsson effectively instates Katla as a recontextualization of the lost art of powerhouse doom vocalists, which carries over to the full-band song “Villuljos.”

The song is certainly heavy and depressive, but it plays out more like an ancient elegy than a meat-headed display of misanthropy. Guðmundsson proves himself as both a guitarist and a vocalist (that solo, though!), as drummer Guðmundur Óli Pálmason (ex-Sólstafir) juggles plodding grooves and progressive rhythm changes. Spectral harmonies glide over the glacial chord progressions, but Katla knows when to offer more jagged riffage and chilling arpeggiations into the mix. There’s a fantastical elegance to the proceedings, like the keyboard-driven interlude “Likfundur a Solheimasandi.” Its pure, unadulterated atmosphere calls to mind dungeon synth acts like Old Tower and Thangorodrim.

Katla capitalizes on keyboards as a mood-setter, as the modulative thrust of “Salarsvefn” derives from well placed synth and clean guitar notes. Still, these additions don’t overshadow the thumping drums and distorted guitars, which rear their heads during the song’s blast-beating black metal section. Katla could be described as the doom equivalent of Emperor, in that the keyboard elements aren’t corny or overdone—just like the harsh screams when they occur. The bulk of Allt Tetta Helvitis Myrkur centers on Guðmundsson’s resonant singing, but those screeches lacerate the soul like an icy gale.

While Katla favors a drifting progression, this album comes with its share of riffy ventures like “Vergangur” and “Husavikur Jon.” The former’s nimble guitar leads call to mind a gothic take on prog-doom bands like Elder, while the latter’s propulsive low-end chugs scream trad-doom like newer Age of Taurus. In both cases, Guðmundsson conquers the soul with his authoritative, yet dreary singing, while his guitar and synth ornamentation match Pálmason’s beats in terms of dynamics, chops and emotion.

Backed up by remarkable songwriting chops, Allt Tetta Helvitis Myrkur's aura is as engaging as it is eerie. The 90-second string-heavy intro to “Hvitamyrkur” isn’t uncommon by doom standards, but the six-minute buildup of the 11-minute title track brings Katla’s long-suffering approach to the forefront. Whether it's the exhilarating grit and addictive lead work found in “Hvitamyrkur” or the title track’s basis in neoclassical ambiance, the duo continually diverts from the doom metal without sacrificing the enveloping darkness. Amid expanded acoustics and sweeping arrangements, some well-placed samples of howling wind evoke the shadowy Icelandic outback—like many Scandinavian metal bands have in the past.

Allt Tetta Helvitis Myrkur ends with its longest track, “Svartnaetti,” which encapsulates Katla’s artistic ambitions. A cross between Bathory’s Nordland and the Peacevill Records style doom, the song also takes on a post-rock cadence, crescendoing to a unrelenting blackened barrage of demented rasps and devilish tremolo riffs. And yet, the song finds a way to drop down to an acoustic interlude before throwing its final curveball. One last wall of guitar, synth and disembodied voices seems likely enough, if not for the robotic drum loops almost coming off like neoclassical darkwave! Katla’s ability to bend the rules comes from a firm footing in the time-tested essentials of atmospheric metal.

Katla certainly embodies the essence of atmospheric doom, but not without a unique twist. It’s easy to zero in on the singing as the main draw, but it’s really the full orchestrations that make Allt Tetta Helvitis Myrkur a worthy listen. Katla’s brand of impenetrable darkness is hard to resist, as the band continues to benefit from slow-moving sobriety and inexorable force. 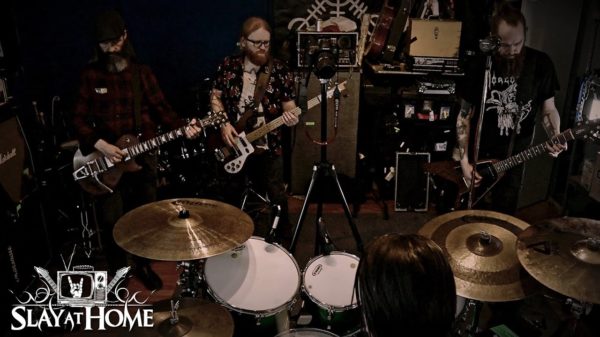 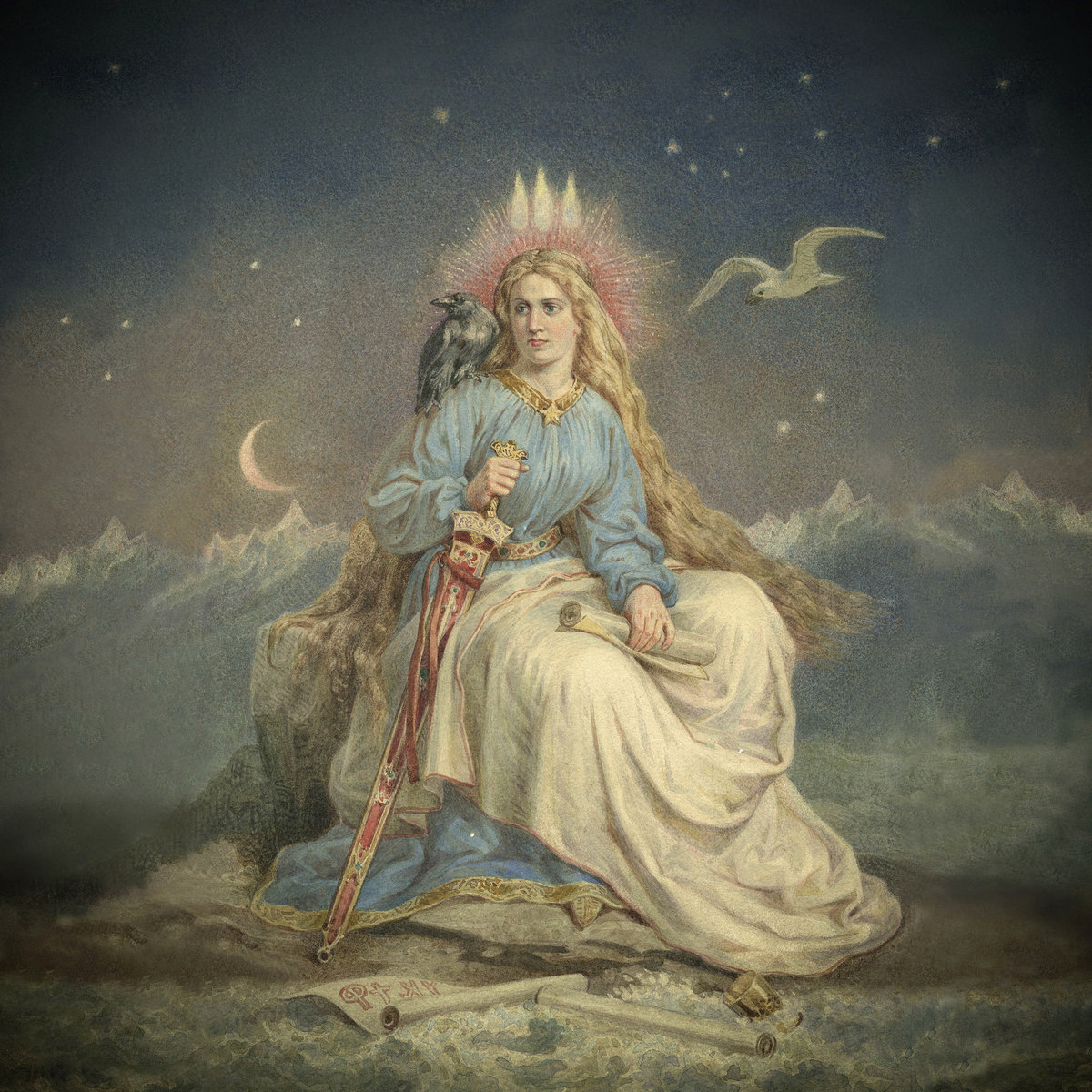 Sólstafir brings its massive arrangements and rustic grit to notably accessible territory, rounded off by some callbacks to a savage past. 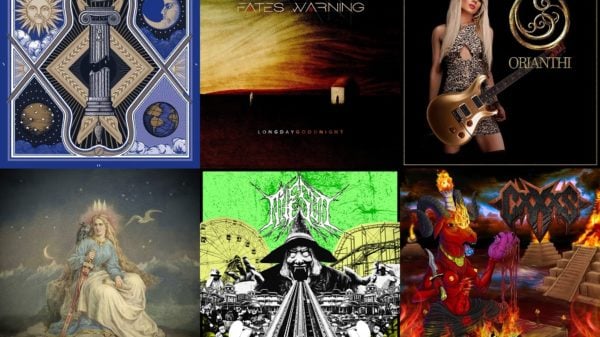 THE WEEKLY INJECTION: New Releases From FATES WARNING, NITESOIL, and More Out Today – 11/6

Plus releases from Celebrity Sex Scandal, Deluge, Orianthi, and Solstafir