Album Review: STRATOVARIUS <em>Survive</em>
As a group maturates and develops, similar to the aging of edible elements procuring quality in exchange for time, so does the sound, body, and soul of the artists touch, and goal.

As a group maturates and develops, similar to the aging of edible elements procuring quality in exchange for time, so does the sound, body, and soul of the artists touch, and goal. With Starmournor being the third full-length album created by Ghost Bath, there has been no shortage of criticizing so far. From the founding origin of the band, to the shoegaze like components from their previous album Moonlover that has been said to copy similar bands in their same sub sub genre. Accusations and facts aside, when the music is presented, and an album formed, the worth and pleasure drawn from music will leave a variety of impressions on a variety of individuals. When evaluating a spectrum of data in a chronological fashion, that knowledge, relationship, and meaning will all factor into the latest fraction of data we have. Starmournor, past the ambivalent phase of exploratory sound, but still simmering in a brew of flux, releasing vapors of premature flavor that has yet to meet with a suspended ceiling that is still out of sight.

From the sometimes predictable riffs in "Ambrosial" (the closing 3 minutes), to the surprisingly progressive tones in "Celestial", Starmournor is faster paced, confident, and sometimes awkwardly riff-happy in guitar solos that may remind you of a power metal anthem of the United States National anthem. Ghost Bath maintains their depressive tone in a more fashionable way than many bands of similar stature. Whereas black metal focuses on depressive tons of agony or hate, Ghost Bath seems to find a tone, acknowledging this pain, while able to find the hope or righteous side of the suffering without projecting the darkness as the soul of their sound. This redeeming sound may not be what black metal listeners are looking for, but as far as a band paving their own way and capitalizing on their obvious strengths (embracing natures reality of pain, and accepting it), I have found it easier to respect their process, and finally see them as a band that I can count on their future releases being as refreshing and original as this album.

Some of my favorite tracks are absent of vocals, taking melodies and soft rhythms of bereaving tones to a rejuvenating climax that swallows the listener's depression instead of heaping it on them. The tracks with vocals continue to have the distinguishing wailing, fuzzy, melodic tones as their previous work. I enjoy the melding of the backing riffs and the vocals as they seem to function as complementary ingredients that, without each other, would leave an unacceptable void.

When picking up this album and looking for shoegaze, some punk influence, or another type of second wave manifestation to which labels so hastily stick, look instead for the patient presentation and nature building experience Ghost Bath has created. Originality has finally been found, and even though it's not a perfect release, its 85% there for what I look for in the spectrum of data in this bands discography. Give it a chance to explain itself to you, and I hope you find the redeeming flow and tone as pleasant as I found it.

Advertisement. Scroll to continue reading.
In this article: Ghost Bath 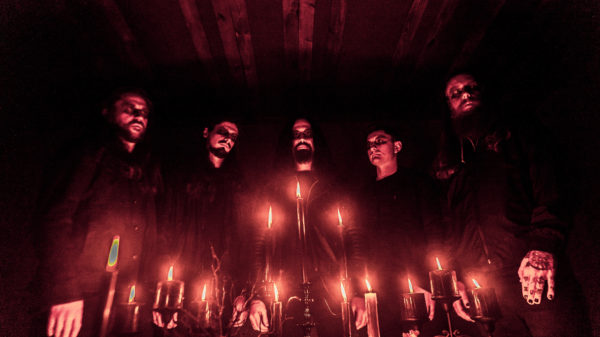