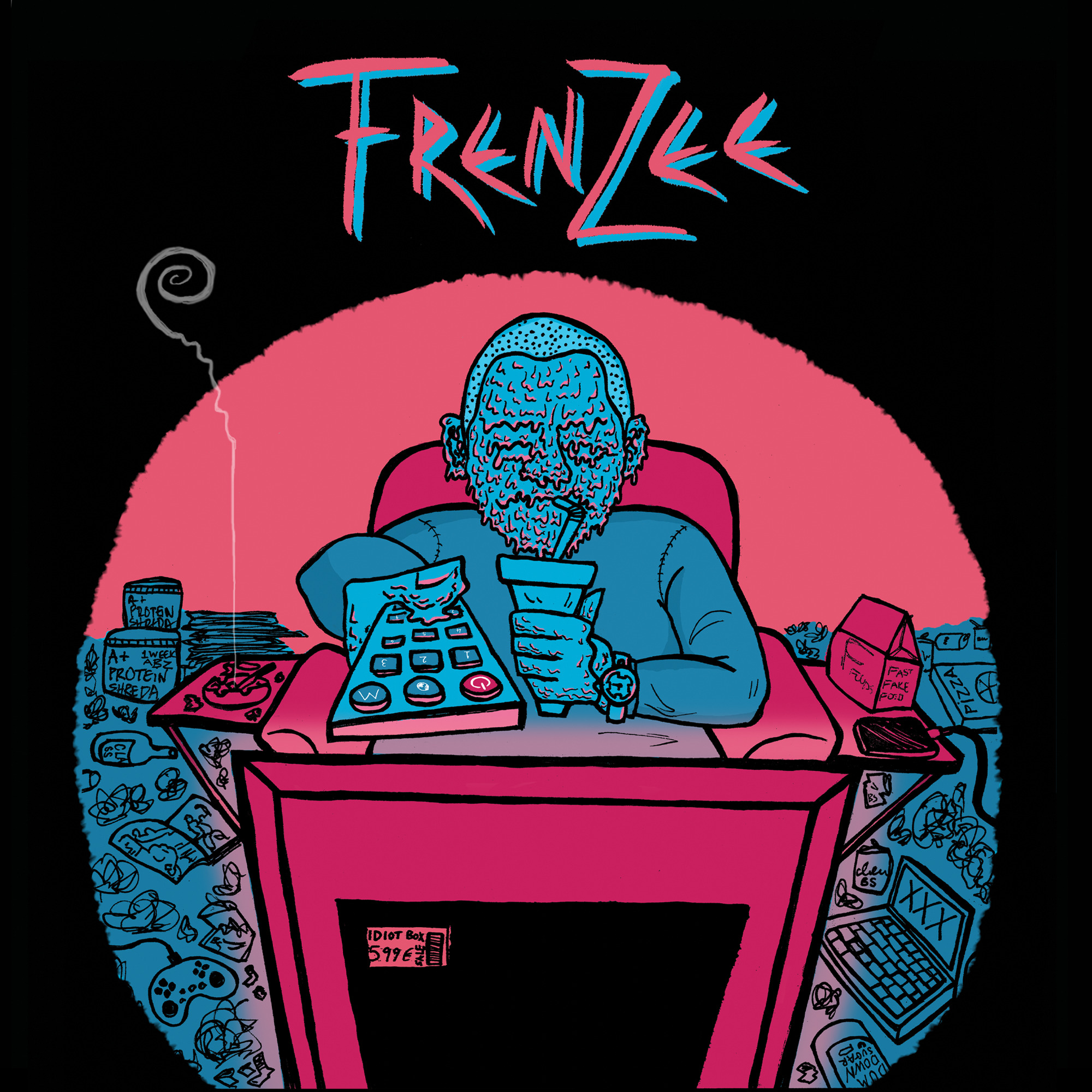 Punk has to be among the most ageless and dependable genres, as it’s essentially been going strong since it formally kicked off around the mid-'70s. While it’s had its fair share of evolutions and differences since then, that original attitude has remained beloved ever since. Case in point: Australian trio Frenzee, whose debut EP—Frenzee—flows like an expectedly joyous and riotous love letter to its forebears. While it doesn’t do anything particularly fresh during its economical runtime (a mere 18 minutes), it’s a good introduction for sure.

Born in Melbourne and raised in Crete (Greece), the three siblings (Adonis, Nick, and Apollonia) grew up listening to artists such as AC/DC, Green Day, Hole, Motörhead, and Rage Against the Machine. Naturally, all of those influences—among others—can be felt on Frenzee, which successfully aims to “deliver some energized punk n’roll tunes full of big hooks and loud guitars.” Engineered, mixed, and mastered by Aristotelis Telis, Nik Chimboukas, and Roger Lian—respectively—it’s a sleekly produced rush of adrenaline that never lets up.

Opener “Abort Mission” immediately sucks you into Frenzee’s world of terse and hooky rebellion. Adonis and Nick make for a dynamic instrumental duo, packing each moment with panicked but fun guitar riffs and percussion (as well as some fiery six-string licks) that can’t help but appeal. Meanwhile, Apollonia is completely commanding, with just the right blend of attitude and approachability to covey welcoming anarchy. As such, the song conjures the tight chemistry of The Who and, oddly enough, the melodic eccentricity of Kim Wilde’s “Kids in America.”

Unsurprisingly, the remaining six tunes stick to that formula fairly closely (for better and worse). Yet, there are some worthwhile deviations to mention. For instance, “Fire in My Gut” and “Frenzy” are built around adventurous guitarwork that owes as much to punk as it does early heavy metal/classic rock acts such as Black Sabbath, Led Zeppelin, and Cream.

Likewise, the vibrantly hyperactive “Say What You Say” prioritizes Apollonia’s playful narrative, effective backing vocals, and an arid jam near the end. Perhaps more than any other track here, it would’ve fit perfectly on the soundtrack for an early Tony Hawk’s Pro Skater game. As for closer “Things I Hear,” it incorporates a tinge of drone/doom metal that sets it apart (at least a little bit).

As alluded to earlier, though, the trio seems entirely content to emulate rather than innovate with the EP. In other words, they pull off their homages fine (and if that’s all they’re trying to do, more power to them), but there’s certainly room for added originality and unpredictability. That’s especially true on “Backstreets” and  “Sane to Insane,” two decent yet undeniably run-of-the-mill entries.

Even though Frenzee does little to separate itself from the legions of punk albums that preceded it, it still provides a damn good time. (Admittedly, that’s partially due to the fact that it doesn’t last long enough to risk becoming stale, which it probably would if it were significantly lengthier.) Clearly, the band has the passion, chemistry, and talent to turn the project into something truly worthwhile; if they’re able to bring increased variety and daringness to their next release, they most likely will.

In this article: Frenzee