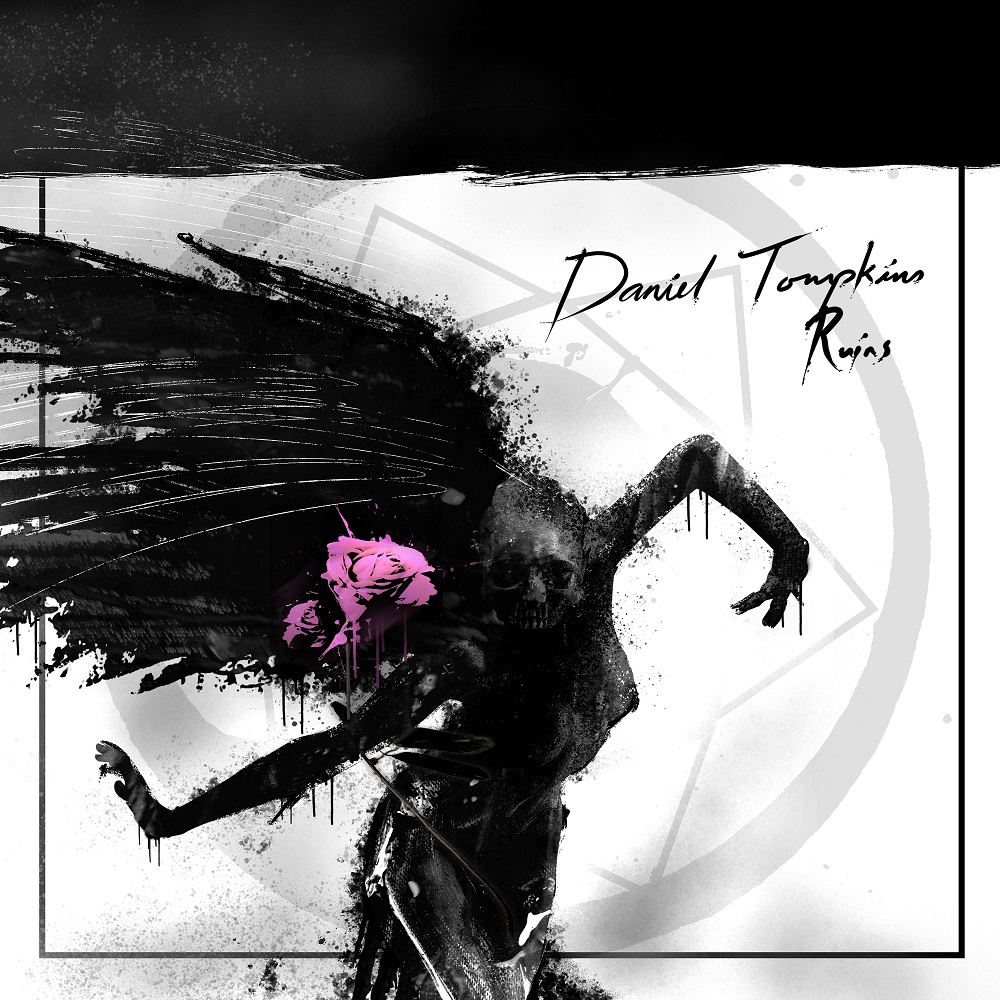 Last year, TesseracT vocalist Daniel Tompkins unleashed his stunning solo debut, Castles. Essentially, it took the template of TesseracT’s most soothing and atmospheric passages and added a bit more electronic flair, pop/rock accessibility, and attractively idiosyncratic nuance. Thus, it shed additional light on Tompkins’ artistic palette while also containing familiar links to his home band. Of course, part of the charm of Castles was its malleability, which follow-up Ruins totally capitalizes on. Comprised almost entirely of reworked tracks from that first record, Ruins is an equally enjoyable—yet decidedly different—sequence that offers refreshingly inventive and valuable new takes on that material. If you’re a fan of Tompkins’ work, you’ll almost certainly dig this one as well.

Castles itself ended with bonus reinterpretations of some of its main tracks, so Tompkins’ was already revising his first collection as he was making and releasing it. Thus, the gimmick of Ruins, while very satisfying, isn’t too surprising. In particular, the new LP is billed as a darker and more aggressive rendition of Castles’ seven songs, with a new piece—“The Gift”—capping it off. (Perhaps most notably in that respect is the use of both clean and guttural vocal styles here.) Along the way, he’s aided by rising guitarist Plini, Trivium frontman/guitarist Matt Heafy, and producer Paul Ortiz (aka Chimp Spanner, with whom Tompkins plays in ‘80s progressive synth-pop band ZETA).

A track-by-track comparison between Castles and Ruins would likely be too tedious, so suffice it to say that virtually every piece justifies the use of a new title to indicate that it should be viewed as a new composition. Specifically, opener “Wounded Wings” is markedly changed from its first form as “Black the Sun.” Whereas that one was significantly moody and sparse—making the most of its emptiness and vocal harmonies for maximum emotion and ethereality—“Wounded Wings” cleverly balances light and heavy elements from the start by placing the chorus and percussion before the verses. Tompkins’ voice isn’t quite as pronounced, either, and there’s a greater emphasis on affective electric guitar work throughout.

Likewise, Castles starter “Saved”—a deeply digitalized and instantly appealing confessional—has transformed into the full-bodied “Empty Vows.” There’s still some robotic production thrown in, but it’s warmer now and better entwined within the more prevalent use of traditional djent instrumentation and hostility. Beyond that, Castles’ broodingly vacant closer, “Telegraph,” is now the hypnotically aggressive penultimate composition, “A Dark Kind of Angel.” In an admittedly reductive sense, much of Ruins feels like an adrenaline-fueled remake of its predecessor—in all the best ways. Plus, its original ending statement, “The Gift” (featuring Heafy), is the most TesseracT-like in terms of embodying the quintet’s beloved pattern of intersecting melodies, cyclical guitar riffs, chilling ambiance, and in-your-face rhythms. It’s also downright demonic at times, which helps separate it from both Castles and TesseracT’s modern aesthetic.

Ruins does precisely what an album of its kind should do: honor the crucial elements of its forebearer amidst adding enough distinguishing features to come across as its own thing. Tompkins already had a great arsenal of songs to work with, and the ways in which he and his collaborators finely tune them for renewed purposes are breathtaking each and every time. Granted, it’s not enough to make Ruins seem like a true sophomore effort (hopefully, that’ll come sooner rather than later); instead, the LP is a comparably worthwhile and representative journey that’s best thought of as a companion to Castles. After all, each record’s self-contained greatness is heightened by the other’s variances, so it’s best to consider them as a joined display of Tompkins’ abilities and potential.

In this article: Daniel Tompkins, tesseract