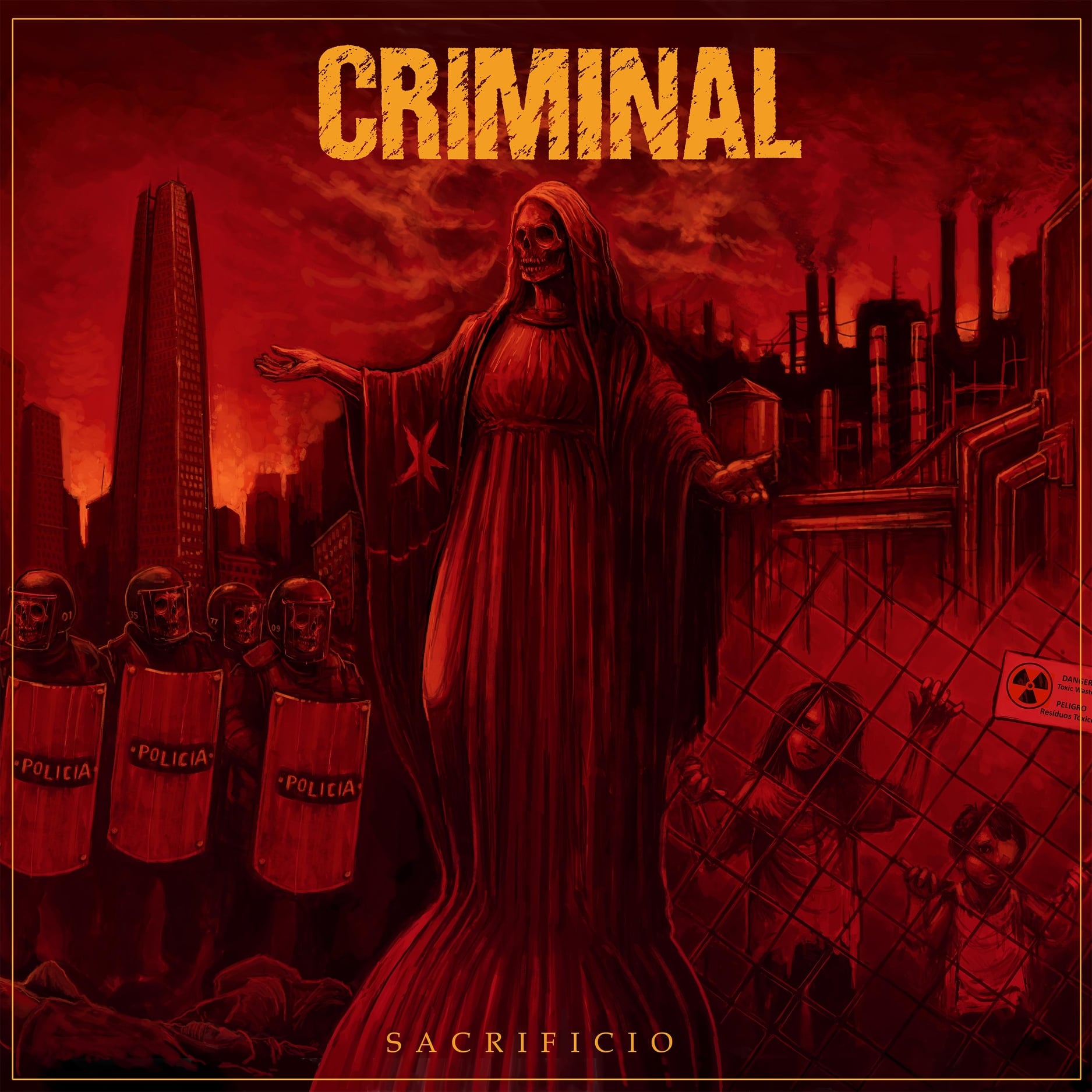 If the name Anton Reisenegger seems familiar to a good number of you, it’s likely via his portfolio, which has spanned 35+ years with Pentagram Chile, Brujeria, Lock Up and other collaborations, projects and onstage fill-ins. But Criminal is the vocalist/guitarist’s longest consistently running, most prolific baby and the common thread that has existed through the comings and goings of other, more popular bands and his residential ping-ponging between Chile and Spain (with a brief spell in Ipswich, England in the early ‘90s). With a mostly Chilean lineup backing him (guitarist Sergio Klein and drummer Danilo Estrella; Dan Biggin is the band’s bass playing Brit), the quartet has embraced the ongoing frustration and discontent with their home country’s politics, corruption and quality of life and poured it into the most ferocious notch of the nine on the Criminal bedpost.

It’s the same anger that exploded in October of 2019 and led to months and months of massive nationwide protests, violence and vandalism by a frustrated citizenry and heavy-handed government/military crackdowns with the result being political system and norms being chipped away at as the constitution is in the process of slowly being re-written and leaders start to put their hearing aids in once in a while to actually listen to the people’s concerns.

In this article: Criminal