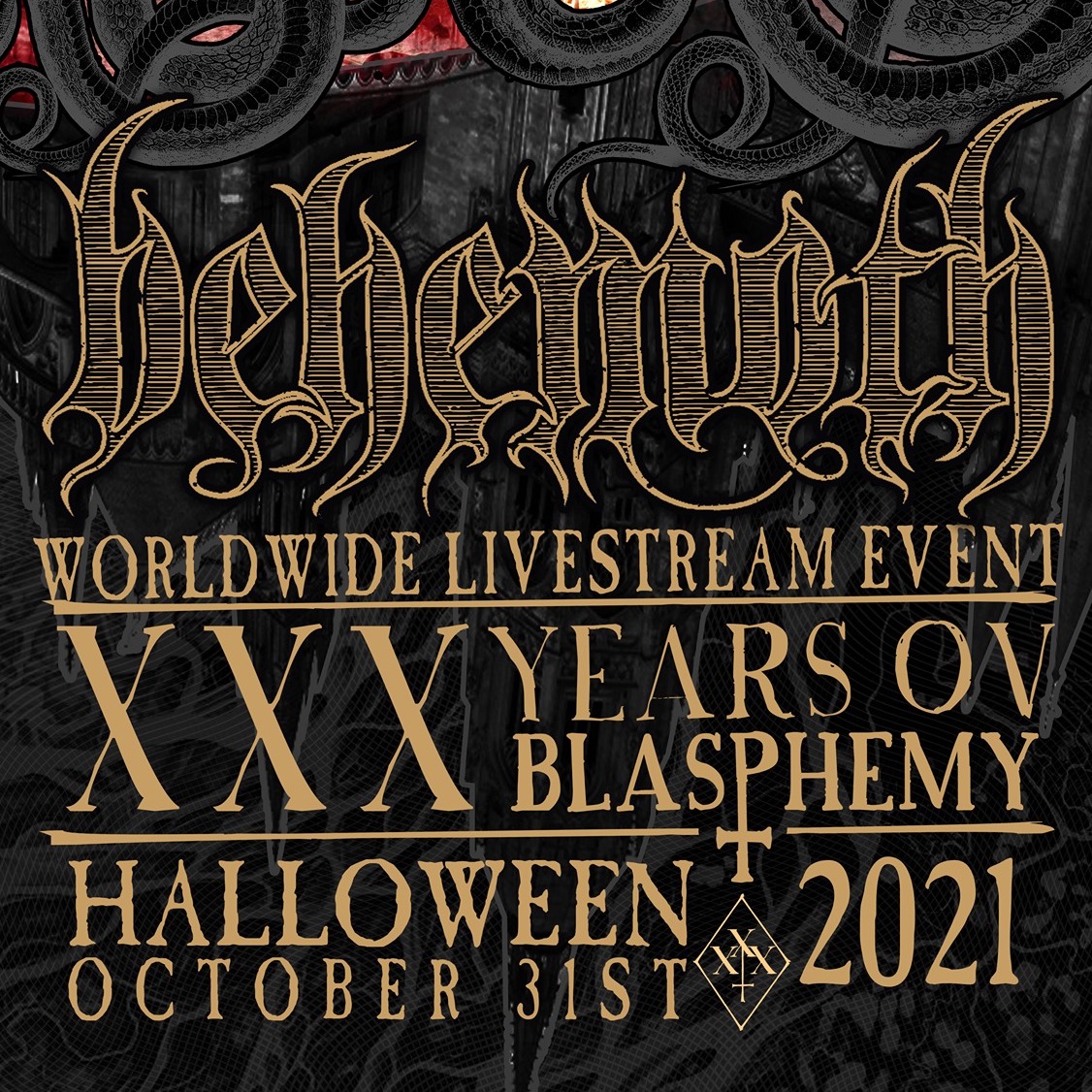 Y'know, Behemoth might be heavy metal's greatest success story. Forming in Gdańsk, Poland in 1991, they've risen to become the face of black metal in the 21st century. Through pitfalls and obstacles (including Nergal's cancer and subsequent recovery) they've never deviated from their path, putting out album after album of increasingly epic pure savagery. Behemoth have outlasted trends, spat in the faces of critics, and dragged black metal kicking and screaming up out of the basement and into the stadium.

The first section, dubbed The Scorched Forest, delves deep into the band's early career. There aren't many 30 year old groups that would be proud of the stuff they wrote when they were teenagers, but Behemoth has every reason to. "Chant Of The Eastern Lands" and "Blackvisions Of The Almighty" (both performed for the first time since they were written in 1993) are on-par with the black metal legends of their day. It speaks to Nergal's songwriting abilities that he could write riffs like Emperor or Mayhem while still in high school. Filmed on a black-and-white backdrop of charred stumps and blowing ash, it's a statement of intent from a group who never lost touch with their roots.

The second set of the night is The Path Of Via Dolorosa. This was the era of black metal dominated by symphonic acts like Dimmu Borgir and Cradle of Filth. The smoke settles to reveal a new set featuring broken crosses, skeletons, and ruined Christian idols as Behemoth launch into "The Ten Thousand Plagues I Witness." As the stage improves, so does the performance. Behemoth were growing into their sound in the 'aughts, moving away from their heroes and carving out their own niche in black metal history. Rarities from 2000's Thelema.6 like "Christians To The Lions" and "23 (Youth Manifesto)" are a great display of their blackened death metal style.

Behemoth's drummer Inferno deserves special applause. He's tasked with recreating the sound of an entire orchestra percussion section. Somehow, he makes it look easy. With his massive kit and top-tier production, he's as much a focus as Nergal is during this set. He crams in drums fills wherever he can and each is a sight to behold. It keeps up the energy as Behemoth drop into their classic "Chant for Ezkaton 2000 e.v."

But of course, this is all just preparation for the main event. Behemoth's final and most impressive set comes from the ruins of a Christian church. Flanked with Rammstein-level pyro and unbeatable acoustics, The Desecrated Temple is another mind blowing experience. It is here where Behemoth confront their critics for the final time.

Black metal has a very frustrating history of success. The purists will always insist that the genre should have stayed underground. Apparently playing to anything more than a basement packed with corpse-painted grimaces is somehow "untrve". Some of this is valid (looking at you, Dani Filth), but in the case of Behemoth, it's entirely unjustified. Demigod and Evangelion are just as brutal as anything you'd expect from a "trve" act. But they are boosted by great production and Behemoth's refusal to settle where they are. Nergal has always reached for the stars, fighting off not just mainstream indifference, but the judgement of his own scene. But through sheer grit and perseverance, he's come out on top. The Desecrated Temple is where Behemoth go from being A Very Big Band to The Biggest Black Metal Band Of All Time.

Ora Pro Nobis Lucifer and Alas, The Lord Is Upon Me spearhead Behemoth's push to the top. They wisely leave out the mellower tracks from I Loved You At Your Darkest, focusing instead on a particularly bombastic "Rom 5:8." Fire blasts out of every part of the stage as the truly hellish intro to "O Father, O Satan, O Sun" starts playing. Backed by the inferno in the ruins of a Christian church, you get the sense that Behemoth are finally happy. This is what they envisioned themselves doing all those years ago.