Album Review: SANGUISUGABOGG <em>Homicidal Ecstasy</em>
Wovenwar is the supergroup of the bands As I Lay Dying and Oh, Sleeper. They were formed from the events in 2013, when AILD vocalist Tim Lambesis was arrested for attempting to hire a hitman to assassinate his wife.

Wovenwar is finally here, and I could not be more excited. Not that I’m happy about all that…stuff…that transpired about a year ago, but more of what has come of it. We’ve gotten past the controversy and heartaches and whatever; can we just get back to the music again? Luckily with Wovenwar, we can most certainly do that.

In case you have no idea who Wovenwar is and the significance of this release, here’s the quick skinny: Wovenwar is the supergroup of the bands As I Lay Dying and Oh, Sleeper. They were formed from the events in 2013, when AILD vocalist Tim Lambesis was arrested for attempting to hire a hitman to assassinate his wife. (We’ve been covering this entire story every step of the way.) Rather than continue AILD with a new vocalist, the rest of the band decided to start a new project with a new name. They then brought on Shane Blay, clean vocalist for OS to be their frontman. After numerous teasers on various social media outlets, tension is released and the world is now able to fully experience Wovenwar.

As a big OS fan and an even bigger AILD fan, I have been on pins and needles to hear this album at length. So first, let’s discuss the music. If you’ve been keeping up with their teasers, then you know definitely what NOT to expect, which is another AILD album. Granted, the instrumental team is exactly as it was on the previous AILD record, but it’s still noticeably different. There is definitely a greater emphasis on melody and catchy choruses and less emphasis on heavy riffs and overall brutality. To sum up the sound of Wovenwar in one statement, it’s AILD if their melodic side siphoned energy from their heavier side.

One defining characteristic of this sound is in Blay’s vocals. Screaming occurs only in a few instances in the entire album. The rest of the time is Blay’s and on occasion Josh Gilbert’s clean vocals. Gilbert handled clean vocals in AILD, so it feels extremely familiar to hear his voice pop up every now and then. But this means that every song has pretty catchy and standout vocal melodies. “Death To Rights” has an extremely memorable chorus as well as the following song “Tempest.” The vocal melodies are especially noticeable on more subdued tracked like “Prophets.”

Guitarists Phil Sgrosso and Nick Hipa are the powerhouses they always have been. Every track is just jam-packed with full and atmospheric textures of distorted guitars and high melodic leads. Since they aren’t as concerned with writing as heavy as possible, it’s given them opportunities to stretch their wings in being more creative to utilizing their guitars in multiple ways. “Ruined Ends” provides a perfect example as they go back and forth from double picking, to high leads, to power chords, and even to guitar solos. “Father/Son” even has the presence of acoustic guitars in one of the more memorable songs in the whole album.

Of course people are already complaining with things like it’s just not heavy enough, Blay needs to start screaming, it’s generic and easy-listening metal, with many many more complaints to come. And most of these complaints I feel are in the context of AILD’s career and their most recent album Awakened. But I can’t even blame these commenters, they have a point. Wovenwar very clearly sounds like a more melodic/less heavy AILD. The very same producer and mixer of Awakened (Bill Stevenson and Colin Richardson respectively) handled the same duties on this album further making it sound just like a “weaker” AILD album.

But it needs to be understood that it’s NOT AILD. They’ve made that pretty clear in talking about the project, and are definitely not trying to reboot or redo AILD with this project, they’re meant to be separate entities. I mean, it is kinda hard to take it that way, especially since Wovenwar is really a supergroup, and those always get more media attention regardless of their actual music.  All it takes is just a couple listens of this album, and the sound of Wovenwar can get engrained in your head alongside the sounds of AILD and OS.

If I were to give the album some negativity, I will say that the greater emphasis on melody has ironically made the songs a little bit too much for one go. The album tends to have a similar energy throughout without too much dynamic contrast. The problem with albums like these is the songs can end up sounding a little too similar, and may even mesh together into a big noisy glob. You can get over this pretty quickly as the tracks truly are fantastic, but it could be a little problematic for some people.

I’m sure that many people, myself included, are curious as to how much of their recent events are touched upon in their lyrics. Obviously, nothing is explicitly stated, so it’s up to the ear of the beholder whether or not there are references. And since they choose their words very carefully, I even sometimes have to stop myself from potentially reading too deep and perhaps just looking for dirt where there is none. For instance, “All Rise” is not only the band’s first single, but also the first track on the album with lyrics, and to me, the chorus was very much reaching out to Lambesis.

And just before in the first verse…

Furthermore, when Hipa explains the meaning of the name Wovenwar, it again feels very much inspired by Lambesis.

“When we're born, we're innocent and blameless creatures with no hatred or judgment…Along the way, personality and perspective get cultivated. Hate, love, and other influences can be woven into you, but you ultimately choose your path. If you recognize the foundations, you can opt to live differently. It's a struggle. That's what the name signifies. It's about recognizing that and choosing accordingly."

Now, I’m not saying that this is irrefutable and damning evidence that Wovenwar was born out of protest of their bandmate, but I am saying that it wouldn’t be difficult to interpret it in that sense.

And again, this could be a completely arbitrary and unrelated explanation to their situation. Perhaps the naming of Wovenwar is just a deep and artistic statement on the human condition and nothing else. But personally, I believe that it definitely has to do with the situation. But not in the gossipy, trying-to-create-waves way, but only because it makes perfect sense. It would be foolish to assume that Lambesis wasn’t on each of their hearts and minds during this new chapter of their lives, and that it wouldn’t bleed into their songwriting. And none of it, if any at all, is attacking or mean-spirited or anything negative whatsoever. All in all, the lyrics are vague enough to never make anything definite and they leave everything to individual interpretation. I could be completely off the mark, but I’ll still interpret it the way their lyrics speak to me personally. And in the end, I feel like that’s exactly what the band wants.

Overall, I feel that Wovenwar completely delivered on what they’ve been teasing. The combination of Shane Blay’s voice with As I Lay Dying’s style of metalcore sounds almost effortless as if they’ve been playing and writing together for several years. Whatever the future may hold for As I Lay Dying, Wovenwar is here for the moment, and have made their presence known. And I feel you might want to get used to seeing them around for quite a while. 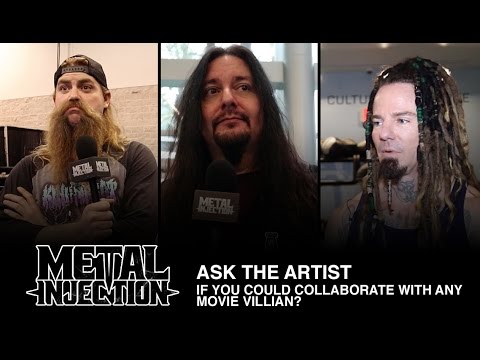 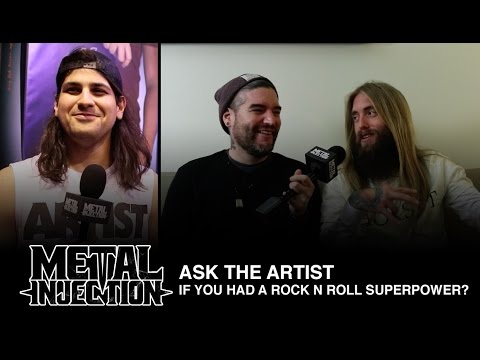 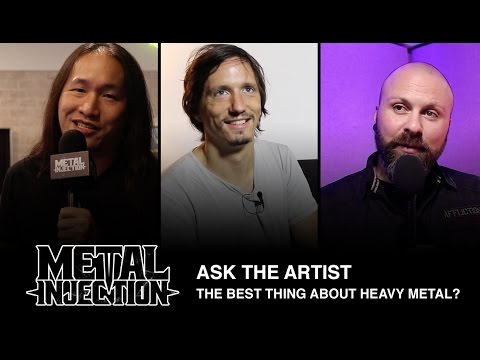