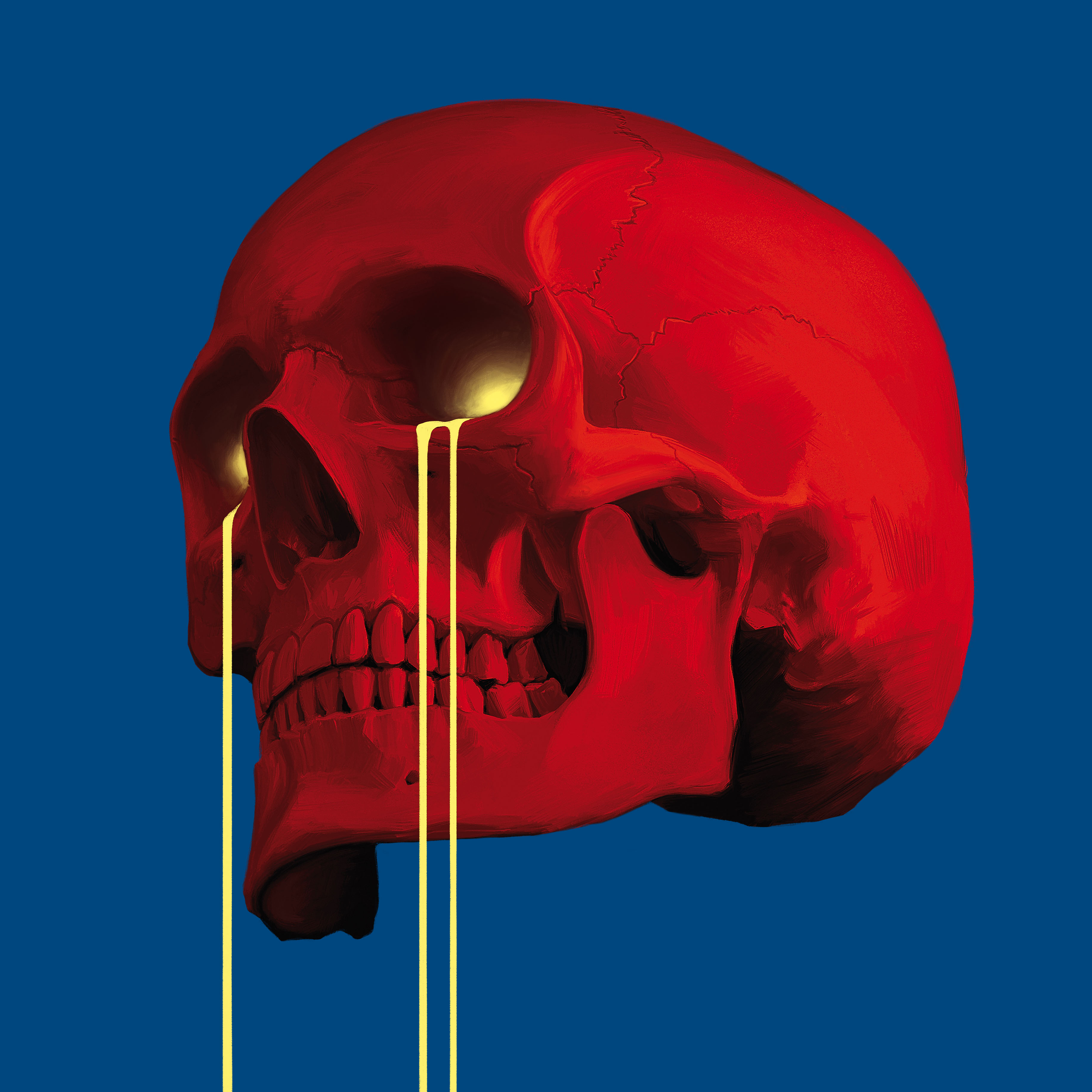 Listening to the more recent music from Germany blackened doomers Valborg may merit a classic Fenriz quote: “How much primitive can you get?” It seems that these guys paved their way from the regal dusk of Glorification of Pain (2009) to the bestial cocophany of Endstrand (2017) with a desire for unrefined rage. The screams got more unhinged, and the drumming and riffs got more simple—trading atmosphere for the sonic equivalent of a demon-possessed grizzly bear beating a poor soul into tomato paste. Against all odds, the proceedings remained strangely infectious, which carries over to Valborg’s latest album Der Alte. It’s arguably even more visceral in its crude bombast, continuing to explore the ruined vista the band’s 20-year journey has brought them to.

Darkthrone allusions notwithstanding, the primal violence of opening cut “Asbach” also establishes a connection to fellow German band Bethlehem—namely through uncomplicated rhythms, eerie dissonance, and maniacal vocal delivery. Indeed, if the depressive suicidal black metal godfathers dove into the bowls of sludge metal, the results wouldn’t be far off from Valborg. This carves a unique niche of unsettling sound, as displayed by the following track “Hoehle Hoelle.” Plodding drums lock in with hair-raising guitar strains, steadily building to a punishing three note riff driven by pounding snare drum hits—topped off by demented shrieks in German.

Given that bassist Jan Buckard and guitarist Christian Kolf share vocal duties, Valborg can easily switch up the vibe on cuts like “Hektor." The guttural vocals take a deeper, throatier tone (not dissimilar to Tom Warrior), as gut-punching chugs evolve into walls of discordant drones and even some harks back to NWOBHM-style riffage. “Sehnsucht nach Unendlichkeit” even starts out like avant-garde post-punk with its monochromatic guitar voicings and protracted percussive buildups. The sense of destitute dread remains, but in more variations than abject aggression.

But make no mistake, Valborg remains committed to making their artistry to the most unforgiving places possible. Take the grimacing distortion and addictive grooves of "Kommando aus der Zukunft," which shares a filthy bass tone with the deeper cut "Der Alte." The former rides the line between Iron Monkey's ruthless brutality and Candlemass' monolithic heaviness, while the former synthesises brooding arpeggios with shrill anti-chords over a staggered three-count structure. In both cases, the glue becomes Florian Toyka's almost industrial approach to drumming. His stark, inexorable percussive attack marches the stripped-back riffage forward, while the vocals augment the dynamics and emotional impact.

To that effect, the militant tom-tom/bass foundation of "Urecho" guides the song through low-end battery to a reverberant meditation of dreary guitar chords, as the vocals fluctuate from moaned spoken word to ear-piercing insanity. Similarly, what can only be described as a mid-tempo bomb-blast beat drives the grating tremolo picking during the one-and-a-half-minute "Attacke." He knows when to go full caveman, and when to charge certain riffs with head-bangable grooves.

Even if they do tend toward a more , by no means do Valborg fall short in the riff department. In fact, it's downright bizarre how a cut like "Die Glut der ersten Stunde" can centre on enough notes to count on two hands without getting old. Part of this boils down to the fact most of these songs don't break the three minute mark, but then, the very next cut "Saturn Eros Xenomorph" essentially centers on the same riff as its predecessor. These guys know how to ride a simple idea for all its worth, reforging them into new weapons ripe for flaying flesh. Speaking of weapons, Valborg comes through with an absolute battering ram with the final riff of "Saturn." It's the epitome of the genuine scariness and bone-snapping intensity that forms Der Alte.

Having 13 songs on a 38-minute album speaks to the get-in-get-out flow Valborg favors. It also shows why "Verdacht im Palast" can stand out for taking its time more than the break-neck precision of "Mortum," even if it's only four minutes long. That's certainly short by doom standards, but maybe that's a a lesson to the genre's practitioners in and of itself. "Verdacht" build and release tension in a shorter timeframe, leaving room for time signature changes and even some disconcerting baritone singing mixed in with a vicious minor-key motif.

Valborg certainly takes a chance by playing more hard and less pretty as they age. Der Alte remains challenging without becoming pretentious. The hand of cards this album deals isn't particularly complicated, but they're decidedly cards that few bands would even think about playing if they were in Valborg's position. At the very least, it's respectable when a band gets more angry at this point in their lifespan.

In this article: valborg 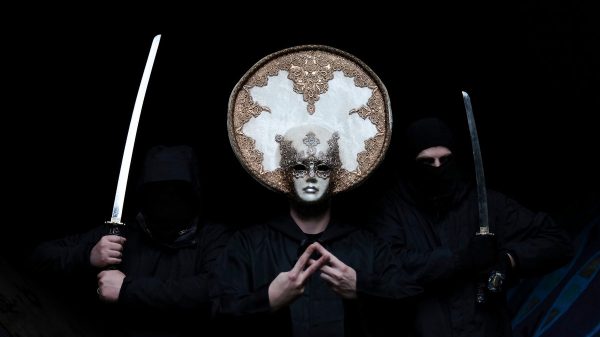 Tech-Death Tuesday: Check Out An Early Stream of Spectrum Xenomorph From LABYRINTH OF STARS (LANTLÔS, VALBOR)

"Spectrum Xenomorph is built upon a Morbid Angel framework accelerated in a Hate Eternal sort of way."