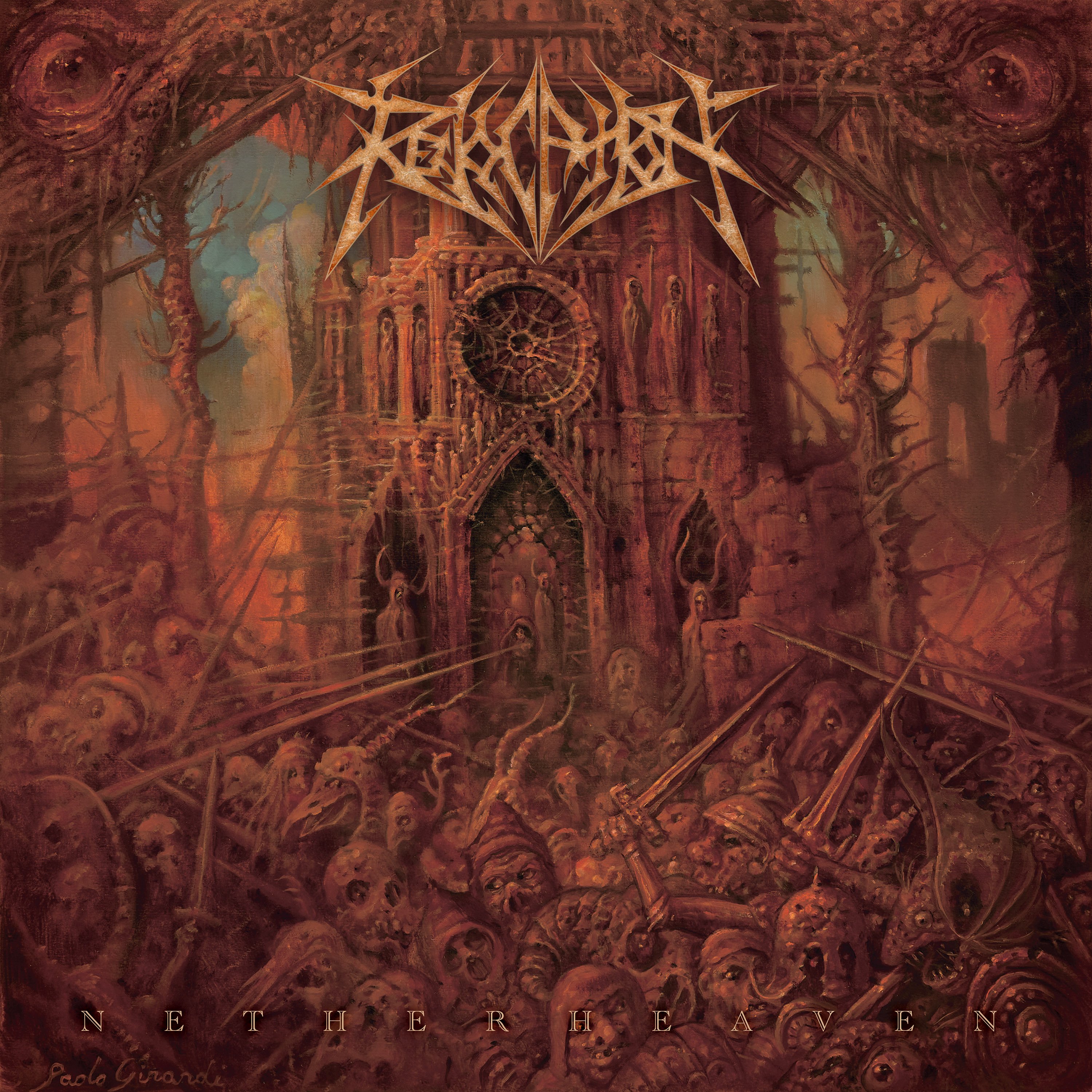 It's always an exciting sign when a band like Revocation, with enough chops to do pretty much whatever they want, decides to make the heaviest music they can. That's the Boston staples' MO for their eighth LP Netherheaven. Granted, the band always maintained a brutal edge to their progressive take on death/thrash metal. But this time, they're throwing all the eggs in the that basket. The results maintain the inventive songwriting that earned Revocation so much respect over the past 16 years, while taking the level of violence to levels seldom heard from them.

Revocation led up to Netherheaven by releasing the first and last track as singles. Indeed, the one-two combo foreshadows an album of nonstop action, powered by three musicians hungry for mayhem. "Diabolical Majesty" charges out the gate with Ash Pearson's unrelenting blast beats and skank beats driving David Davidson's surge of tremolo-picked acrobatics. It's certainly brutal, but maintains evocative songwriting and a striking melodic quotient—not to mention an exhilarating three-count rhythm change and a rip-roaring guitar solo.

Closing cut "Re-Crucified" displays an even bigger power move, featuring vocal performances from the late, great, Trevor Strnad of The Black Dahlia Murder and George "Corpsegrinder" Fisher of Cannibal Corpse. The song rises to this immense pedigree, with some of Davidson's most bewitching riffage. The song shows how harmonised leads and dynamic motifs can keep the bestial proceedings interesting, even if the overall effect remains grabbing the listener by the neck and throttling them.

It's no secret that Davidson knows his way around a solos, but cuts like "Nihilistic Violence" and "Galleries of Morbid Artistry" show how he uses them for more than musical machismo. Amid the latter's mid-tempo melo-death quotient, he actually begins the solo by cutting everything but the spiraling clean guitar dual, tastefully introducing the passage's emotional thrust before the energy explodes back. Conversely, he uses his dexterous shredding to propel the former out of its lurching groove into frenzied speed. In both cases, the guitar solos transcend mere ornamentation, becoming a key factor in pushing Revocation's work from good to great.

Revocation becoming more barbaric doesn't mean they've entirely forsaken their progressive side. The instrumental cut "The 9th Chasm" spotlights the odd time signatures and inventive chord structures these guys built their reputation on. Every musician gets a chance to shine here, including bassist Brett Bamberger, whose beefy town shines through during some mathier sections. Even when "Godforsaken" comes as close to caveman riffs as Revocation can reach, there's always a rhythmic switch up or a dancing lead to elevate the destruction. It's nasty as hell, but far from dumbed down.

No track on Netherheaven feels unnecessary. A tenacious sense of urgency spurs each song to the next, which comes in handy for cuts like "Lessons in Occult Theft" and "Strange and Eternal," as they both near the six-minute mark. It just goes to show that intensity doesn't have to cause a lack of finesse. Davidson knows when to pepper "Lessons" with chaotic fretwork and when to give Bamberger room to flex, just like Pearson knows when to straight for the jugular with percussive whiplash or chop up the arrangement with agile fills and syncopation. "Eternal" brings all of these elements working together during its midsection breakdown. Revocation is really at their best when they lock up for a deliciously headbangable groove, but still provide melodies to remember and chemistry to appreciate.

Netherheaven also stands out for upping Revocation's creepiness factor considerably. "The Intervening Abyss of Untold Aeons" certainly injects the expected adrenaline shot, but the chords have a dissonant edge to match their impact. This also helps Davidson bring a palpable sense of dread to his creative approach to riff writing. Revocation delivers the tight execution of prog/melodic death metal, with a (un?)healthy dose of hellish disharmony.

In a genre where every band wants to tease their newest album as their "most heavy," Netherheaven finds Revocation doubling down on their most ferocious elements. The band achieved impressive levels of power after recording as a three-piece for the first time in 13 years, while maintaining their tech-metal prestige. 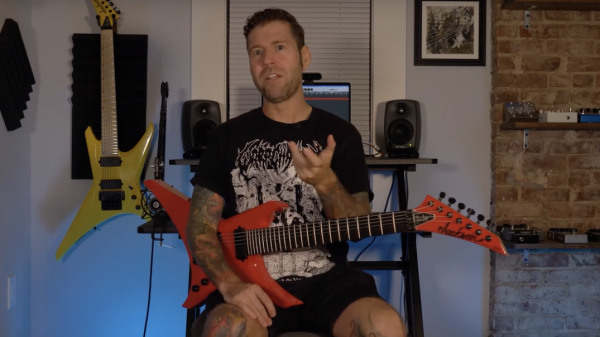