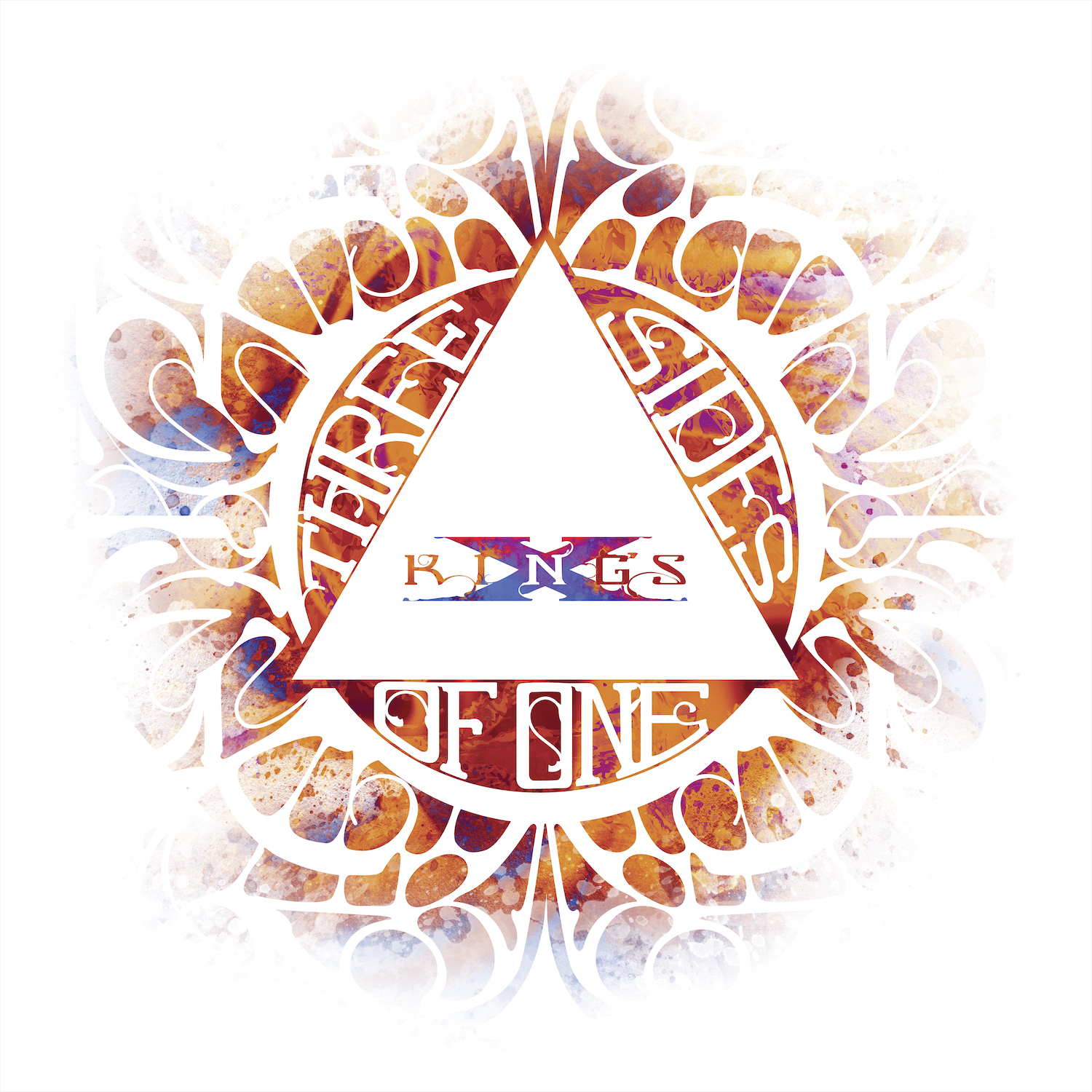 I would love to brag about being a King's X fan from the very beginning but I'm afraid if I did so I wouldn't really be stating the facts. Truth be told, I didn't learn to love King's X until their third record Faith Hope Love which was released (can you believe it?!) 32 years ago. But since then, I've been one of the loyal and faithful. Once this amazing threesome hooks you, you're pretty much dedicated for life. As such, I've religiously bought every record that they've released and I play them all quite often. In a body of work that spans slightly over four decades, King's X have achieved what few bands can claim and that's that they have never changed members and have never released a clunker of a record. All of their releases are distinct, but what ties them all together is the quality of the songwriting and performance.

King's X's previous release was the critically lauded XV, which actually hit the Billboard 200 at #145. That record hit the streets back in 2008. Since then the band has toured a number of times but health issues prevented the trio from being able to work on a LP for a particularly long spell. Nonetheless, the mass of dedicated members of the King's X cult were overjoyed when it was announced that the once-Christian rockers had completed their first proper full length in 14 years with the oh-so-appropriately titled Three Sides of One. Personally, I couldn't wait to cue this one up and as soon as I got the record I immediately cranked in my – just like I did the first time I brought home Faith Hope Love from the CD store back in the 1990s. And just like I did back then, I've been playing it over and over again.

Three Sides of One is a record that truly captures the magic of three very different artists who, when together, create a sound that is much greater than the sum of its parts. With dUg Pinnick's soulful vocals and funk-infused bass, matched with the legendary sound of Ty Tabor's world famous Stratocaster and combined with Jerry Gaskill's signature percussion, we find ourselves with 12 songs and 47 minutes of a vast and varied journey that takes up from the celebratory, to the sad, through the dark and also the uplifting.

One distinct aspect of Three Sides of One that all longtime listeners will notice is that Jerry has the lead vocals on three tracks. This is the most space he's gotten on a King's X record as a lead singer and these include the very Beatles-esque, light and airy acoustic "Take the Time" as well as the bluesy rocker "She Called Me Home" which also features a very signature Ty Tabor guitar solo reticent of the band's heyday.

Speaking of Ty, he mesmerizes in "Nothing But the Truth" with an extended solo that's infused with both Stevie Ray Vaughn and Prince, that is just so emotional and compelling. One of his very best pieces on guitar embedded in a song that so expertly integrates with dUg's standout bass work and impassioned lead vocal.

Some may have worried King's X lost their mojo with being on the creative shelf for so long, however, songcraft displayed in "Let It Rain" demonstrate that they've really lost absolutely nothing. One of their darker tracks that they do so well and it's the little things like how they rest the bass just to have it come right back a moment later with gusto for maximum effect. By the way, listen carefully to the vocals here. dUg is 71 years old! Still sounds like he's in his 30's.

Speaking of dUg's voice that doesn't seem to age, the second single gives fans a number of his signature screams that harken back to the very earliest days of the band. The sunnier "Give it Up" has a monster tone on both the guitar and the bass that will easily satisfy the band's most discerning fans. Not to mention Jerry's steadfast work on the skins.

Overall, this record has a little bit of everything King's X. From rockers like "Festival" to the emotional "She Called Me Home" to the heavy funk with songs like "Swipe Up." It's as if the band took some of the best pieces of their signature songcraft and put them all together specifically for Three Sides of One. Yet nothing is retread or repetitive. The album clearly stands out on its own as unique in their vast catalog. King's X is one of the greatest bands on the planet and their latest release only further cements this and their place in the realm of music history. 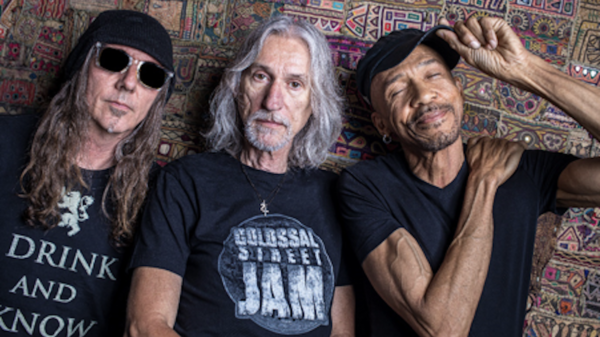 Some of the band didn't feel like they had anything to say. 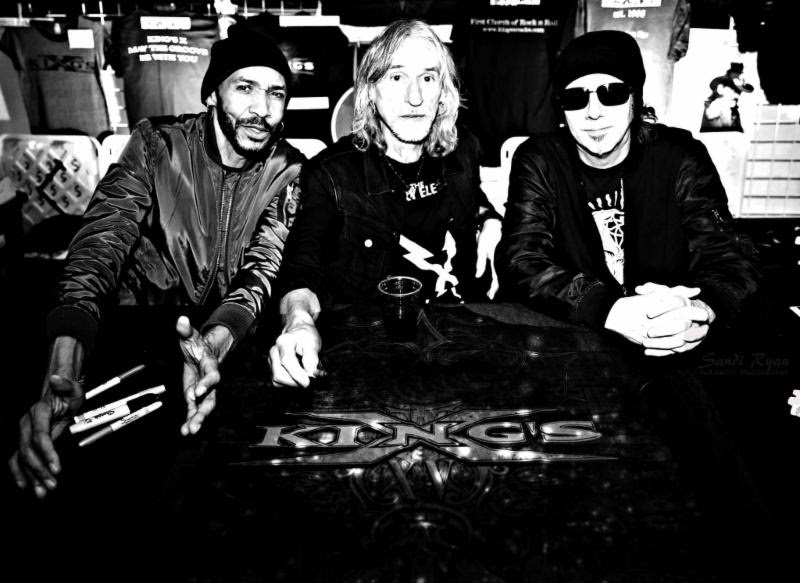 Their 13th studio album will be their first in 14 years.