Last year we celebrated the Collaboration/Supergroup and I was well aware that a few rather interesting ones were on their way. Still on the way, we had The Devil You Know, Correction House and the one I was most excited for: Killer be Killed.

Troy Sanders of Mastodon teaming up with Greg Pucito of The Dillinger Escape Plan already had my interest peaked, since I love both bands. The addition of a former Mars Volta member in drummer Dave Elitch made it seem much sweeter, because if you can hang with Omar Rodriguez-Lopez you can hang with just about anyone.

The one member I was skeptical of was Max Cavalera of Soulfly/ex-Sepultura fame. I have utmost respect for Max and his catalog, but he's just so entrenched in a the groove metal genre that I felt he may have been a detriment to this upcoming collaboration. The album is here and it turned out to be both exactly what I expected and not at all what I expected.

I was anticipating some really great trade-offs from three very unique metal voices and a collection of very diverse songs that touch on what they're all good at musically. While the products of the respective bands of Troy and Greg are very different, their tendency to be crazy and progressive with melody intact is shared. There are plenty of songs, and sections within songs, that sound like dropping a melodic Dillinger chorus into a Mastodon song and vice versa. Max's contributions were exactly what I expected as well. Listening to the songs, I can envision the writing credits perfectly. When a heavy 4/4 headbanging section drops, you know exactly what brain inspired it. I was pleased with it too. It added an interesting dynamic.

I wasn't expecting the result of this collaboration to be this straight-forward. Mastodon are essentially a progressive sludge band, Dillinger are so prog that they are basically a time-signature optional band, and Elitch has a vast back-catalog of crazy bands. There are moments of prog (i.e. sudden jumps in mood, tempo, and/or time-signature etc.), but they're just not as often as I hoped. Instead, they mostly relied on the common trope of verse, chorus, verse, chorus, other thing, chorus. The lead single, "Wings of Feather and Wax," is an incredibly memorable song and has the catchiest hook I've heard in a long while. It is a great song, but it seems formulaic. It makes perfect sense as a single, but doesn't really represent the rest of the record.

There is a lot that works on this album. The song released alongside "Wings," "Face Down," showcases everything each member is bringing to the band. There's groove, proggy atmosphere and controlled chaos weaving into each other in a very interesting way. "Save The Robots" does something similar but manages to transition from singer to singer much better, and essentially sounds like a good modern Mastodon song. "Curb Crusher" has each member stepping into one anther's elements, and it's really cool to hear Max doing something Mastodon-like and Troy fronting a Soulfly-like chunk. Also, "Fire To Your Flag" is the closest one would get to hearing Max or Troy front Dillinger, which is pretty fucking cool.

Then, of course, some things don't work. The prechorus in "Melting Of My Marrow" seems like a groove section that was forced in between a solid verse and fantastic chorus. There are occasional times throughout the album that sound like straight-up nu-metal. I personally am able to forgive them, as they typically lead to something cool, but others may be really put off by this. "Snakes of Jehova" comes to mind for a song guilty of this.

This album is good, but it is way catchier and, this feels like the wrong word but, basic than some may desire. I would certainly insist that WAY more works than doesn't. However, I question if I enjoyed more because it is fun to hear these musicians come together. Would a metal fan that somehow doesn't know who these guys are like it as much as I do? That would be an interesting thing to find out.

In this article: Killer Be Killed 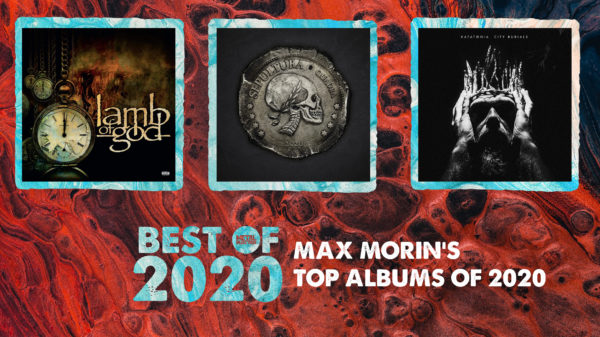 10. KILLER BE KILLEDReluctant HeroNuclear Blast Records One of those rare supergroups that actually deserves the name. You can definitely hear the contributions from...