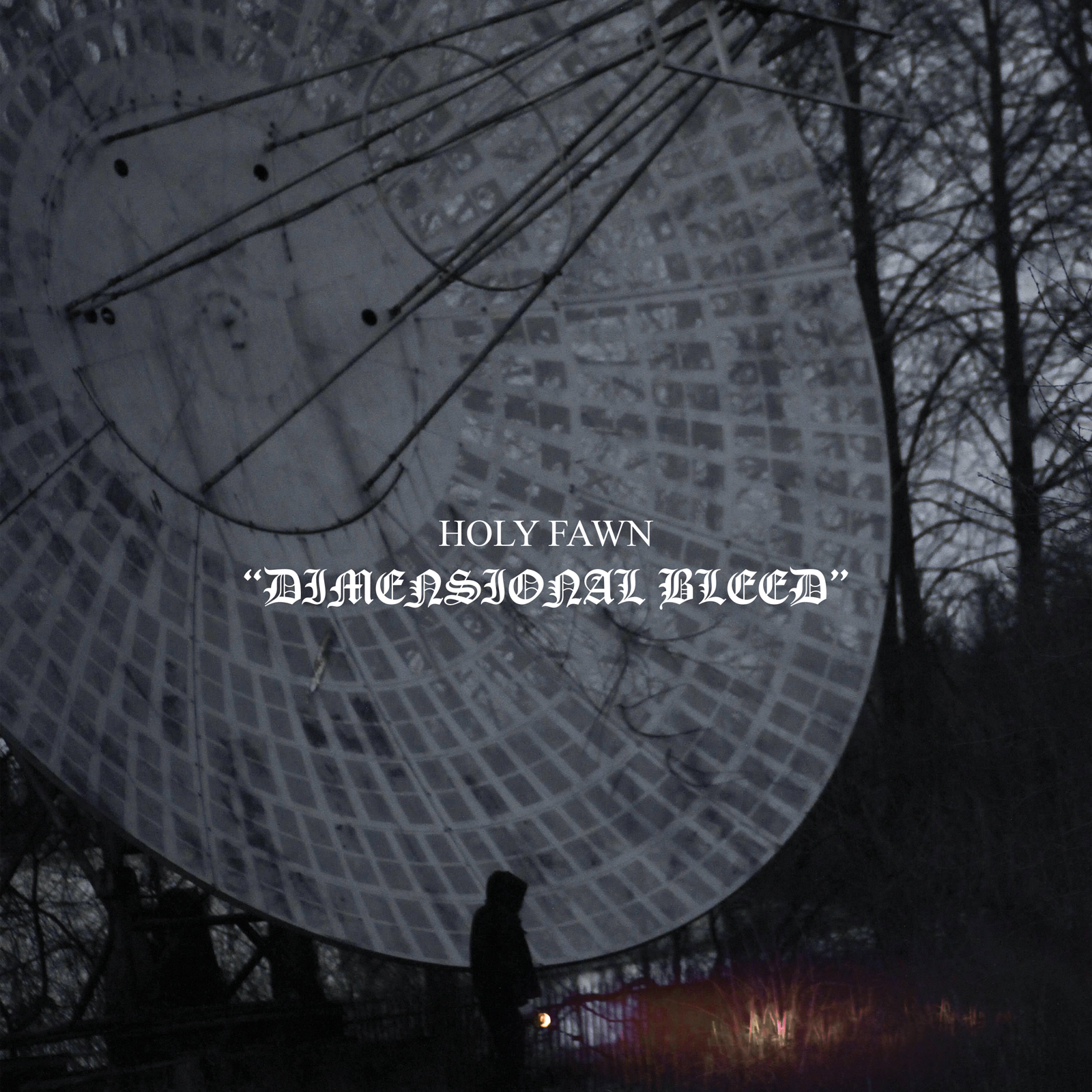 Holy Fawn ("four creatures making loud heavy pretty noises" as they categorize themselves) are experts at producing cathartic chaos. Essentially mixing alternative rock, shoegaze, and metal into fairly resourceful and haunting concoctions, they provide lusciously temperamental soundscapes within which listeners can get easily lost. Dimensional Bleed—the follow-up to 2018’s Death Spells debut LP and 2020’s The Black Moon EP—is a stunning example of that. It ebbs and flows around pure serenity, unmitigated discontent, and everything in-between with a consistently impactful constructions, yielding a generally artful and existential musical experience.

Holy Fawn is comprised of guitarists Ryan Osterman and Evan Phelps, bassist Alexander Reith, and drummer Austin Reinholz. With help from producer and mixer Mike Watts (The Dear Hunter, The Dillinger Escape Plan), they’re able to traverse what Osterman rightly deems as "more creative avenues than… in previous releases." Part of that stems from the increase of what Osterman calls "electronic and tape elements" adding greater sensations of unsettlingly nostalgic ethereality. In other words, much of the music is disconcerting but optimistic, as if it's channeling our deepest fears and brightest dreams at once.

Of course, another important factor is the LP's assorted themes and topics (which include death and the existence of "multiple dimensions and timelines… exist[ing] simultaneously"). Ultimately, Osterman notes, the goal of the project is to "invite listeners to partake in the communion of this never-ending cosmic loop," thereby joining Holy Fawn in the profound unity and expansiveness of the universe. That may sound like a highly abstract and ambitious prospect—I mean, it is—but Dimensional Bleed manages to fulfill it remarkably well.

For instance, unassuming celestial prelude "Hexsewn" kind of merges the affective spaciness of The Contortionist"s Language with the wispy melodies of the considerably underappreciated The Great Depression. It moves along patiently, with angelic timbres decorating evocative reflections ("There is only time / A circular pattern / A hex I abide / There is only time / I’ll find you again / In some other life"). Naturally, some later tunes expand upon the same central vibe, such as the feistier "Lift Your Head," the radiantly hopeful "True Loss," and the eerily soothing and insightful "Amaranthine."

In contrast, just as many compositions—if not more—incorporate harsher vocals and arrangements to evoke, say, the terrifyingly transcendental apexes of Alcest, Deafheaven, Les Discrets, and Kayo Dot. "Death is a Relief" is perhaps the most well-rounded piece of them all, as it connects tonally to predecessor "Hexsewn" while also blanketing its second half with black metal screams and dissonance. Then, both "Sightless" and "Empty Vials" gradually become more apocalyptic and crestfallen before the almost nihilistically dynamic and dark title track reigns with cleverly incongruent singing styles and instrumentation.

Dimensional Bleed is more than just a collection of opulent post-metal songs; it’s an enchanting yet challenging journey for the heart, soul, and mind. True, those who aren’t familiar with—or fond of—slow-burning experimentations like this may find it slightly impenetrable or meandering; however, those who’re seeking such pensive and impressionistic works will undoubtedly discover plenty to enjoy and commend. As long as you go into it with the right headspace, you’ll come away with a lot to contemplate.