Album Review: ORTHODOX <em>Learning To Dissolve</em>
Enslaved were one of the earlier Scandinavian bands to begin rigorously unraveling the increasingly staid black metal template. Though they've been at this "controlled demolition" phase of their career for longer than they were traditionalists to begin with, the Norwegian quintet has never really veered as far from orthodoxy as some of their prog- and shoegaze-smitten peers. Which is what a lot of people like about them.

Enslaved were one of the earlier Scandinavian bands to begin rigorously unraveling the increasingly staid black metal template. Though they've been at this "controlled demolition" phase of their career for longer than they were traditionalists to begin with, the Norwegian quintet has never really veered as far from orthodoxy as some of their prog- and shoegaze-smitten peers. Which is what a lot of people like about them.

Opeth are probably the closest benchmarks, at least in that band's more overtly metallic, less Floyd-ian moments, but there is a sullen element in Grutle Kjellson's clean vocals that recalls Katatonia, specifically that band's empathy for the more downtrodden facets of 90's alt-rock. What separates Enslaved from either, however, is that Kjellson retains an enduring proclivity for traditional black metal vocals that those other bands have largely abandoned, Kjellson mostly reserving the clean vocals as a coloring agent to not only provide a bit of contrast, but also to more deftly put over the more elegant instrumental passages… yes, Enslaved still employ keyboards, and none of that retro church organ business either. They have enough faith in the syncretic unity of their sound that they don't seem particularly bothered that one might mistake their lack of adventurous instrument choices for Dimmu Borgir or Abigail Williams.

Where Enslaved run the greatest risk of disappointing fans of experimental metal is that they're neither musically virtuosic enough to compete with the Opeths or tech death bands of the world, nor outré enough compositionally to get by on atmosphere alone. Instead, the band bravely split the difference, relying on a deceptively simple combination of songwriting acumen and nuanced delivery; yes, even though no one is exactly shredding on their instruments here, the arrangements don't allow for sloppy playing or disengaged chemistry. Execution is every bit as key with Enslaved as it is with any of their time change-obsessed peers. They just happen to be less flashy about it.

That said, the dueling guitar solos on the latter half of album closer "Daylight" display quite a bit of flash indeed, albeit conveyed in a more soul baring, tasteful sense. That track also makes a liar out of my generalization above: Enslaved are, in the end, not above a little shoegaze/post-rock action after all. It's an interesting bookend to track one, "Thurisaz Dreaming", a fairly straight ahead black metal anthem broken up intermittently only by Kjellson's clean, brooding vocals. #unfiltered, y'all.

Those brooding vocals take center stage on "Building with Fire", though the underscore is still emphatically in the symphonic BM vein. Not so with "Nauthir Bleeding", the primary song that triggered my Katatonia comparison above. Fans of that band's epically chill takes on energized serenity will find much to like with this tune, and the band throw in just enough actual black metal to keep it from sticking out like a sore thumb. The nearly 11-minute title track is the rug that ties the whole room together, featuring as it does a healthy dollop of all aforementioned characteristics: epic keyboard swells, point/counter-point vocal styles, lengthy instrumental passages alternating between pomp and atmosphere… occasionally both.

At this point the most legitimate knock against Enslaved is that they've steadily eased off the accelerator on the last few albums, having seemingly hit a comfort zone that stymies further experimentation. An objection to that might be that what constitutes a "rut" in Enslaved's world would be a monumental achievement for most other bands, but it nonetheless might prove a sticking point with casual fans that have never fully engaged the band in the first place. I would argue that even when they're not actively setting the bar for extreme metal, Enslaved even so represent admirable standard bearers for Norwegian exceptionalism. 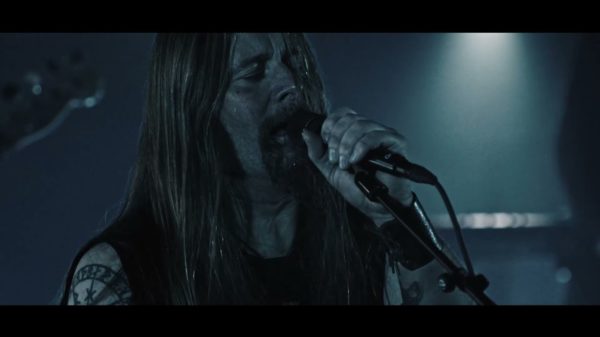