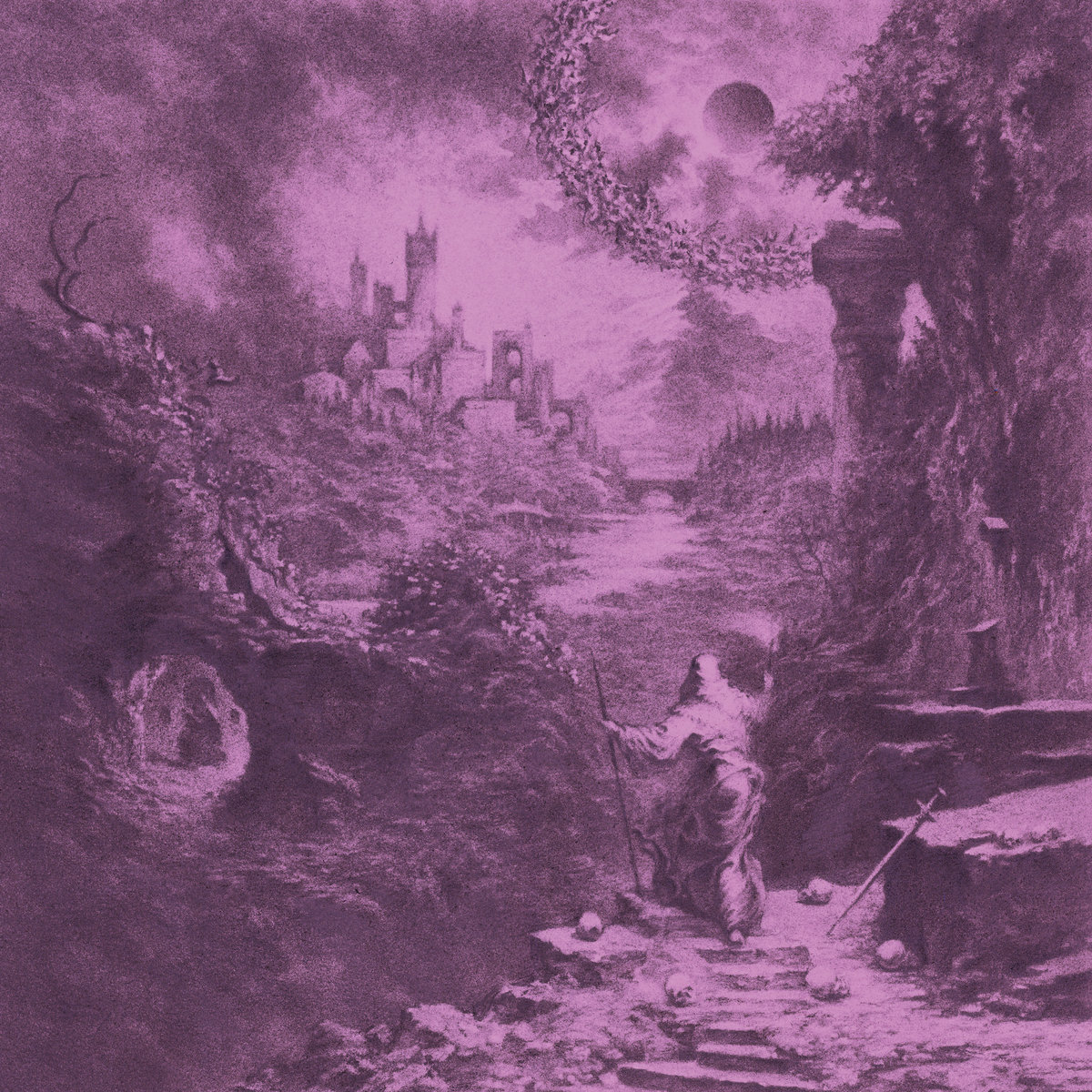 Back in 2019, when Devil Master spread their caped wings beyond Philadelphia's borders, it heralded the second wave of extreme music vampires hailing from the city of Brotherly Love — the first being the late, great Ink & Dagger. They hit an unsuspecting scene and emerged with unexpected popularity that many took an affront to. Because that's what people do when bands appear to be thrust in faces as overnight sensations. Granted, their Satan Spits on Children of Light debut may have seemed like it came out of nowhere, but it actually followed a pair of independent cassette releases (that were compiled by Relapse as Manifestations in 2018) and the massaging of their occult aesthetic and theme through the sewers of Philly's underworld and in the castles up in the hills out by Bryn Mawr and King of Prussia. Maybe, but probably not.

Truthfully, the reason the band captured imaginations, eyeballs and earholes so briskly had to with their talent at absorbing a broad scope of influences and sounds and spitting the result out with their own twist. How could a band that successfully combine everything from '80s English post-punk, first wave black metal, rip ridin' d-beat and horror soundtracks with Japanese hardcore, mid-west skronk, the angular San Diego sound and the NWOBHM not cause a stir? After a streamlining/overhaul of their lineup during the early days of the pandemic which saw the departure of half their original lineup and the drafting in of drummer/keyboardist Festering Terror in Deepest Catacomb (a.k.a. Chris Ulsh of Power Trip and Iron Age) while vocalist Disembody Through Unparalleled Pleasure (a.k.a. Max) become vocalist/bassist, the band is back doing what they do best: creating sounds that have listeners feel like they're hanging out at a black mass after an afternoon spent browsing through dusty record bins and their weird uncle's VHS collection.

With Ulsh being the kit, Devil Master suddenly have a tungsten-solid backbone. His precise hitting, solid groove and beat-pushing tendencies bump up the swinging quality missing on previous recordings. Despite the tub-thumping being a noticeable highlight, it's the lush warble of guitarists Darkest Prince (a.k.a. Francis Kano) and Infernal Moonlight Apparition (a.k.a. John Hades) that open the album with "Ecstasies…" and signals that the band has pulled off refining their filth, adding learned light to creepy darkness and matured such that any implication that Devil Master is little more that a horror show novelty gets wiped away — despite the ridiculous pseudonyms and that they dress like The Hilarious House of Frightenstein never went off the air.

The guitar work's clangy minor-key jangle recalls Bad Brains' Dr. Know, Sacrilege's Damian Thompson and Killing Joke's Geordie Walker as fingers walk up and down, over and across fretboards with open string snags adding texture equal to that provided by power chords in the crimped-hair death punk of "Enamoured in the Throes of Death." "The Vigour of Evil" — gotta give it up to them for using Commonwealth spelling in their song titles, possibly as a way of maintaining an aristocratic sensibility — could have appeared somewhere on Ride the Lightning's B-side as much as it could have on Garage Days Re-revisited, whereas "Acid Black Mass" sounds like Satan jamming with Hüsker Dü before the song makes a glorious step in its closing moments to create an image of Nomeansno tearing through copies of Fangoria instead of The Economist. On the other hand, in one of the album's most insidiously oddball moments, "Funerary Gyre of Dreams and Madness" employs a brief flash of a riff that could fill arenas on its strength. But the band makes the curious song writing decision to let it hang instead of pairing it with an anthemic vocal thrust or other some such flare. Any big name producer would have barricaded them in the control room until the award-winning riff was moulded by an airplay-worthy anthem, but whaddya gonna do?

The rhythm section takes huge steps to make its presence known on Ecstasies of Never Ending Night. Disembody Through Unparalleled Pleasure approaches — nay attacks — his four strings with lead player tendencies, adding a sense of adventure and warmth to the eerie Motörhead-meets-Ink & Dagger-meets-Exhumed gallop of "Shrines in Cinder." "Golgotha's Cruel Song" is equal parts nefarious inkiness and jocular speed metal, like Cliff Burton and his crimson ghost tattoo coming back to life in comic book form as the vocalist/bassist symphonically traipses around his instrument, ducking and weaving between the blistering picking and proton-power drumming. Ulsh's metronomic stamp and stomp makes it's presence known in the shifting cascades and tempos of The Birthday Party-meets-Botch on "Precious Blood of Christ Rebuked" and how the glistening Devo-does-disco hi-hat wrangles the busy guitar riff of "Never Ending Night" toward a sense of purpose.

Some may continue to see this outfit as more gimmick than guts. They're definitely not doing themselves many favors in countering that opinion, what with the assumed names, stage get-ups and their milking of the analogue aesthetic. But if extreme and aggressive music has demonstrated anything over the course of its history it's that if you wrap something up in any amount of face paint, some form of costume and have even the tiniest bit of "mystery," interests will be piqued and people will come out in droves. The good thing about Devil Master and Ecstasies of Never Ending Night is that behind the masks, the band deliver quality and any disappointment comes with the knowledge that none of these guys sleep in a coffin a la ex-Cryptopsy frontman, Lord Worm (a.k.a. Dan Greening).

In this article: Devil Master 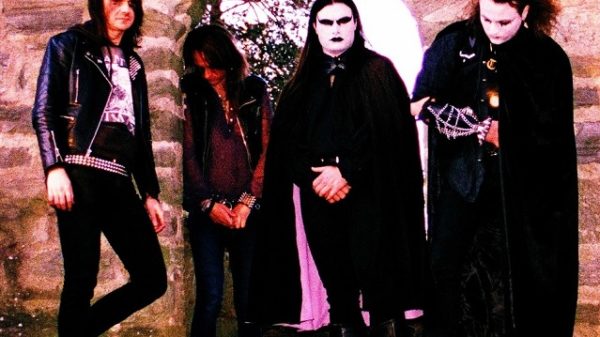 They're touring in support of their album Ecstasies Of Never Ending Night. 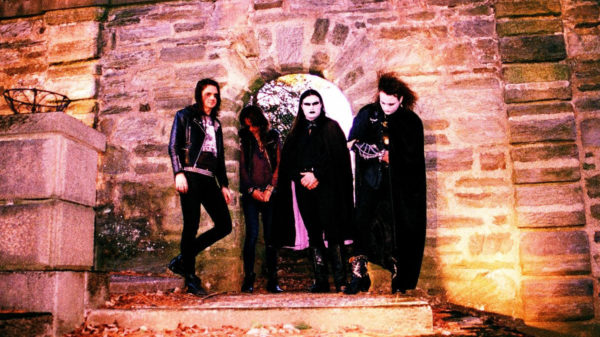 DEVIL MASTER Thrashes About On New Single "Shrines In Cinder"