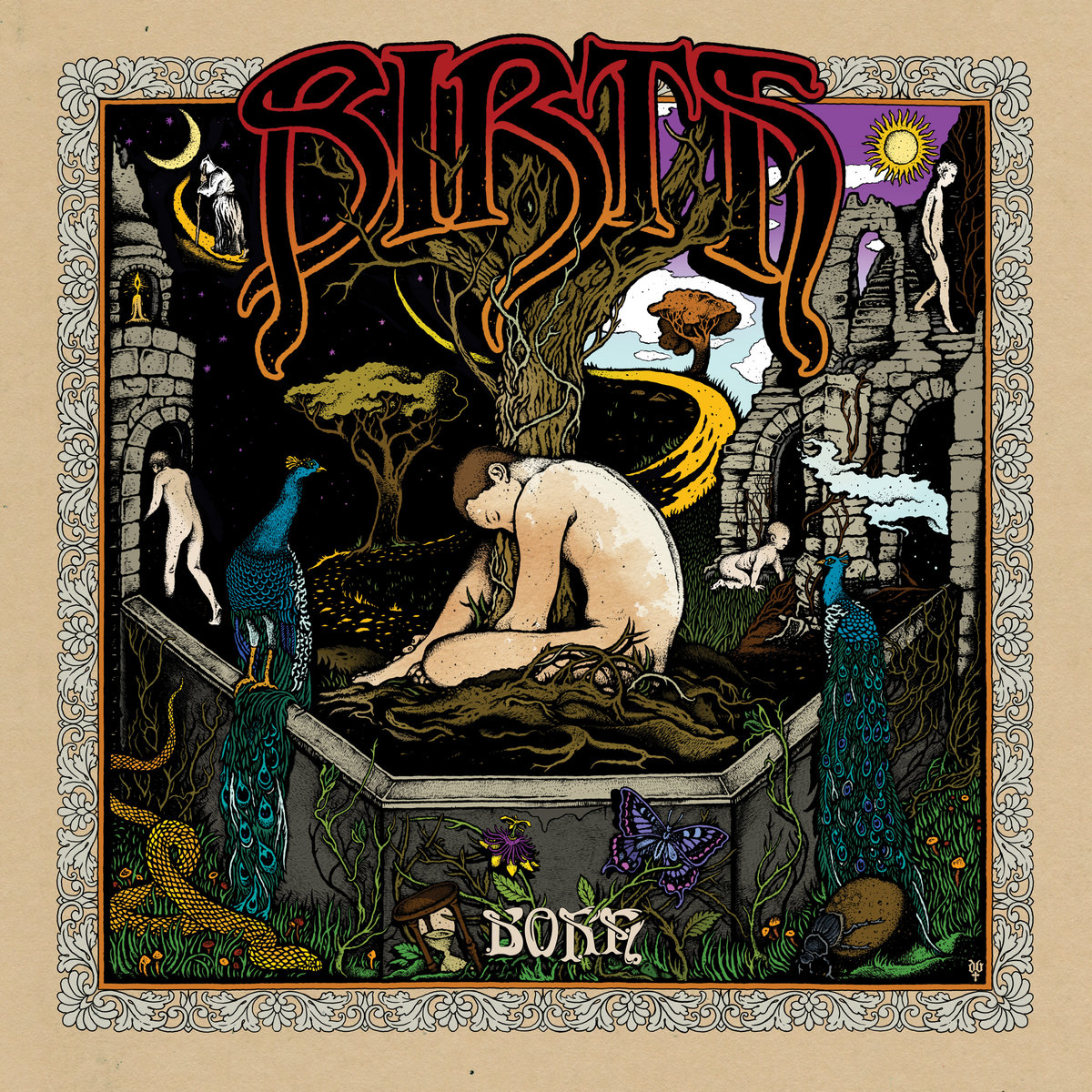 Comprised of past or present members of Joy, Radio Moscow, Sacri Monti, and Astra, Southern Californian outfit Birth are among the newest groups adapting a classic psych/prog rock aesthetic for modern times. Within the first few moments of their debut LP, Born, it's clear that they're also among the best. Evoking the relaxing yet vivid, energetic, and sophisticated vibes of peers such as Wobbler, Black Mountain, Elder, Hällas, and Dead Meadow, Born establishes Birth as a seductively soothing and colorful new prospect within the subgenre(s).

Of the LP’s themes, Riley explains: “I’m a scientist by trade and I read a lot of dystopian sci-fi, which I believe is relevant to many of the events that have been occurring lately. These views feed a dark, spiritual and mystical relationship that I have with scientific thought.”

In particular, the group cites Mary Shelley's landmark Frankenstein as inspiring their investigation into mortality, transcendence, and the compromise between light and dark stimuli. It's a compelling thematic exploration that's filtered exquisitely into—as they describe it—"elegiac mellotron-assisted songcraft, . . . [that] deliver[s] a third-eye-cleansing blast of vibrant progressive rock, replete with grandiose cinematic scope and psychedelic intensity."

Right away, the wordless title track bolsters Birth as imaginative and cohesive musicians. It's centered around entrancingly circular keyboard motifs and mischievous syncopation; before long, multiple layers of additional synths, bass lines, and guitar riffs arrive to coat every remaining inch of aural landscape with melodious cosmic intrigue. Halfway in, things quiet down so that some bluesy guitarwork can steal the spotlight, yet the prior frenzy soon returns.

The arrangements continue to shine during the remaining five pieces, with the devilishly funky and chaotic "Cosmic Tears" conjuring the scorching detours of Jimi Hendrix and modern Opeth. Like "Birth," it's a thrillingly emotional and lively jam that reveals how well the guys compose and perform with a shared vision.

That said, Born is at its best when its sinisterly adventurous instrumentation is complemented by Riley's vocals. That's especially true for "Descending Us," a purifying journey that's perfected by his enthrallingly temperamental outcries. In contrast, follow-up "For Yesterday" leans closer to the calming essence of, say, peak Camel and Renaissance thanks to its jovial acoustic guitar strums and softly sung introspective verses.

Then, the final two pieces—"Another Time" and "Long Way Down"—are sure to delight fans of ELP and the first two King Crimson records (so, basically, anything Greg Lake sang in the early '70s). Like the preceding four tracks, they find the group channeling their stylistic forefathers in clever ways without ever succumbing to blatant emulation.

Born is a terrific slice of heavy psych/prog rock indulgence that's made more impressive because it's Birth's first collection. Each passage is captivating and resourceful, with a striking balance between retro prototypes and contemporary production. Plus, the comparatively concise duration makes frequent playthroughs highly alluring. All in all, then, Birth completely nail what they're going for, so fans of this kind of music will absolutely adore every moment.

Advertisement. Scroll to continue reading.
In this article: Birth