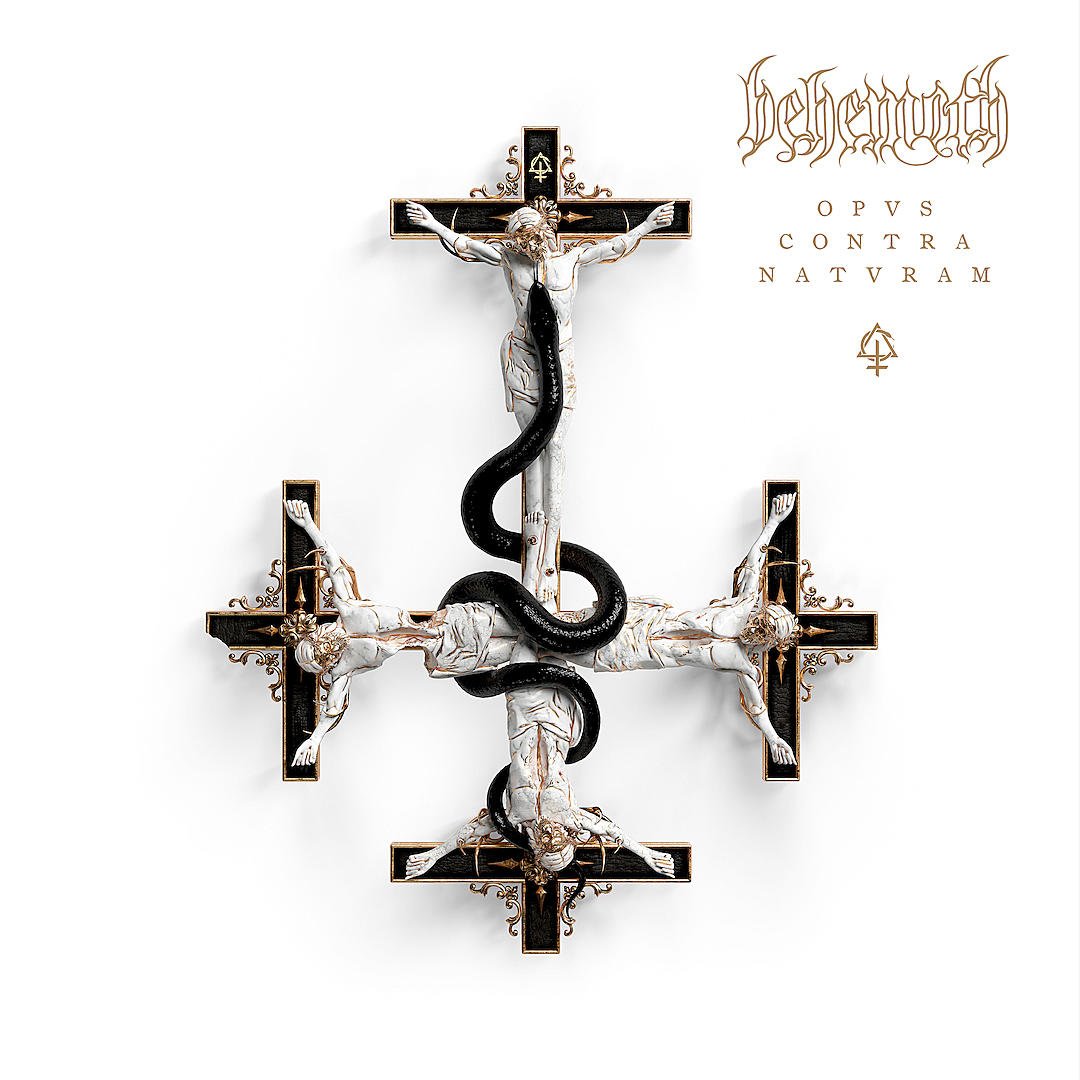 One of the downsides of achieving greatness as a musical artist is that you are always going to be judged against the very best of your own work. Behemoth, back in 2014, released one of the very best extreme metal records in the history of the genre with The Satanist, and many at the time mentioned that it would be a vast and laborious challenge to be able to top it. While their follow-up I Loved You at Your Darkest was a worthy successor, it just didn't have quite the brilliance that The Satanist demonstrated. With the band's newest release, the difficult to pronounce Opvs Contra Natvram, we again find fans questioning if the world's most famous Polish band can live up to the mastery of their past.

After listening to the record a number of times now I do have to say that Opvs Contra Natvram is another solid Behemoth release. Now is going to be seen as the apex of their career? No. But let's understand though that just because this new record doesn't measure up to some of their past brilliance that we need to throw our arms up in the air and lament over any type of demise. The panicked YouTube comments on the videos released so far from the record make it seem like Behemoth has gone the way of the Red Hot Chili Peppers into the world of Adult Contemporary. Luckily, YouTube comments, like most comments on the internet, are generally worthless. While there are (gasp!) slower songs on Opvs Contra Natvram (such as "Ov My Herculean Exile"), Behemoth has hardly turned into some blasphemous version of Fleetwood Mac.

It should be noted that we get a little bit of groove with "Once Upon a Pale Horse" which isn't something we normally associate Behemoth with, but this makes sense as the band started to abandon the practice of having all instruments going at the same time all the time which was their modus operandi for much of their pre-Satanist career. It's followed up with "Thy Becoming Eternal" which is, contrarily, rather grooveless and a bit more reticent of their earlier work (though the audible bass on this particular track as well as few others on the record is a welcome advancement in their overall sound).

Tracks like "Disinheritance," while giving some needed bass in the mix, is standard fare post-2010 Behemoth. It's nothing we really haven't heard before in terms of the sonics. Same issue with "Neo-Sparatacus." Either of these songs could have appeared on the last couple of records, yet they don't really have the same level of novelty and originality as those that did appear on the preceding LPs.

The record's closer "Versus Christus" is certainly a worthwhile track from the band and another one at significantly slower tempo than we're accustomed to. While it's not a bad composition, with a runtime over six minutes I expected something a bit more epic and powerful… something that would leave me wanting more. This particular song seems to just not quite offer enough when compared to previous album closers like "O Father O Satan O Sun!"

Don't get me wrong. I absolutely adore Behemoth. This band is, without any doubt, one of the best there is in the world of extreme metal. However, Opvs Contra Natvram, while very enjoyable, doesn't quite measure up to their past success. There isn't a particular song that really stands out. There isn't a "Blow Your Trumpets Gabriel" or a "Ov Fire and Void" and that's what I was really hoping for. With that being said, the record still offers a great deal of solid metal and tracks like "Malaria Vulgata" and "Off to War!" are songs that most metal bands could only dream of creating.