Album Review: ...AND YOU WILL KNOW US BY THE TRAIL OF DEAD <em>XI: Bleed Here Now</em> 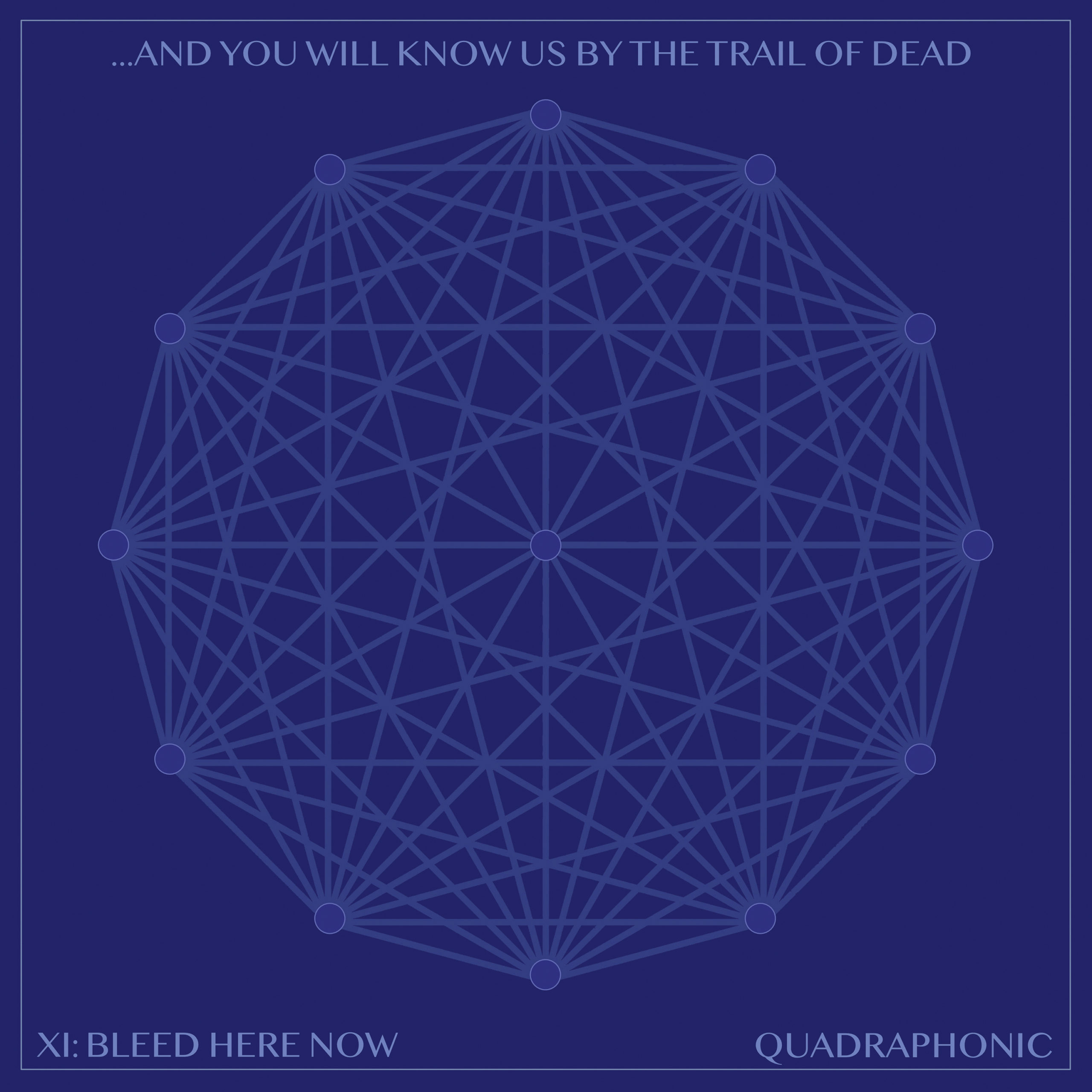 On their last two studio albums—2014's IX and 2020's X: The Godless Void and Other Stories­—Texan outfit …And You Will Know Us by the Trail of Dead doubled down on their contemplative cinematic grandeur. Sure, they still fit within the post-hardcore and alternative rock categories, but their heighted penchant for ambient segues, symphonic embellishments, and conceptual through lines made these works feel markedly striving and magnificent.

Gratefully, XI: Bleed Here Now follows suit. Backed by a new cast of musicians (including Amanda Palmer, the Tosca String Quartet, and Britt Daniel of Spoon), masterminds Conrad Keely (vocals/guitars/piano/keyboards/programming) and Jason Reece (vocals/drums/guitars) craft their lengthiest and undoubtedly most sweeping statement. It's a lot to take in at once, sure, but with its steadily absorbing songwriting and enthrallingly weighty arrangements, it's well worth the investment. In fact, it's probably Trail of Dead's magnum opus (which is no small feat).

Recently, Keely penned an entire essay about the record; in it, he explains that he was "raised by a pair of New Age hippies . . . [and] there was always a copy of Ram Dass's Be Here Now on the coffee table in the living room." However, he didn't fully take Dass's teachings to heart until the 2020 pandemic forced the band into a break and "sudden, overwhelming sense of peace, serenity, and centeredness."

From there, the group decided that they wanted to "reconnect" with the "Golden Age of rock music" production while reflecting on modern times. So, they turned down the chance to record "at some hip, high-tech professional studio" in favor of laying everything down "in a large, old-style Texas barn" on their friends' property. They decided to create their first quadrophonic album, too (so XI: Bleed Here Now sounds incredible).

Near the end of his write-up, Keely also alludes to the thematic aim of the LP: "As always, there is a self-reflection we have continued to develop in our lyrics, and this continues to be tempered and informed by what we see going on around us in the world. Perhaps now more than ever there is a sense that the time for frivolity and mindless decadence has passed, and collectively we are moving into a time when music can't afford to simply distract us into excess, indulgence, and an insouciant indifference to world events. Art has a role to play in the upcoming decade(s): it needs to point humanity towards solutions. Our hope is that by expanding the ways we listen and hear, we expand our own inner (my parents would say spiritual) potential for the problem-solving to come."

Both sonically and symbolically, then, XI: Bleed Here Now is a wonderfully immersive and meditative voyage. Naturally, there are some traditionally rebellious and bombastic outcries, such as the riotously punky "Long Distance Hell," the baroquely calamitous "Protest Streets," the explosively prog rock "No Confidence." In-between, catchier and lighter tunes—like the breezily pensive "Penny Candle" and "The Growing Divide," as well as the erratically swaying duet "Millennium Actress"—provide more poignantly singable and vibrant ventures.

From front to back, the instrumentation on XI: Bleed Here Now is exquisite and wide-ranging, with the typical timbres (namely, electric and acoustic guitars, drums, bass, and piano) constantly finding inventive and unexpected ways to embellish the vocals. The warm six-string strums and percussion of "Field Song" and the Dark Side of the Moon-esque psychedelic sequencing behind "Golden Sail" are but two of the dozens of examples.

What's even more impressive and meaningful, though, is how Trail of Dead employ orchestration, choirs, sound collages, and the like to move within and around songs. For instance, prelude "Our Epic Attempts" is constructed around evocative chants and cathartic dissonance; "Pigments," "The Widening Gyre,"   and "Sounds of Horror" are bizarrely abstract; "String Theme" is a gorgeously moving blend of, well, strings and spoken word excerpts; and "Darkness into Light" is a haunting culmination of strings and piano. Brilliantly, closer "Calm as the Valley" builds upon "Out Epic Attempts" to make the whole 74-minute endeavor seem fluid and everlasting.

XI: Bleed Here Now is a consummate triumph and an unforgettable journey. It's almost certainly Trail of Dead's most mature, expansive, impactful, and resonant creation, with a breathtaking amount of structural and tonal variety embodying dozens of intellectual and musical ideas. Again, it's a bit overbearing at first, but as with any prolonged masterpiece—be it a three-hour film or a 900-page novel—every moment is necessary for its splendor and significance to be completely realized.

Advertisement. Scroll to continue reading.
In this article: ...And You Will Know Us by the Trail of Dead