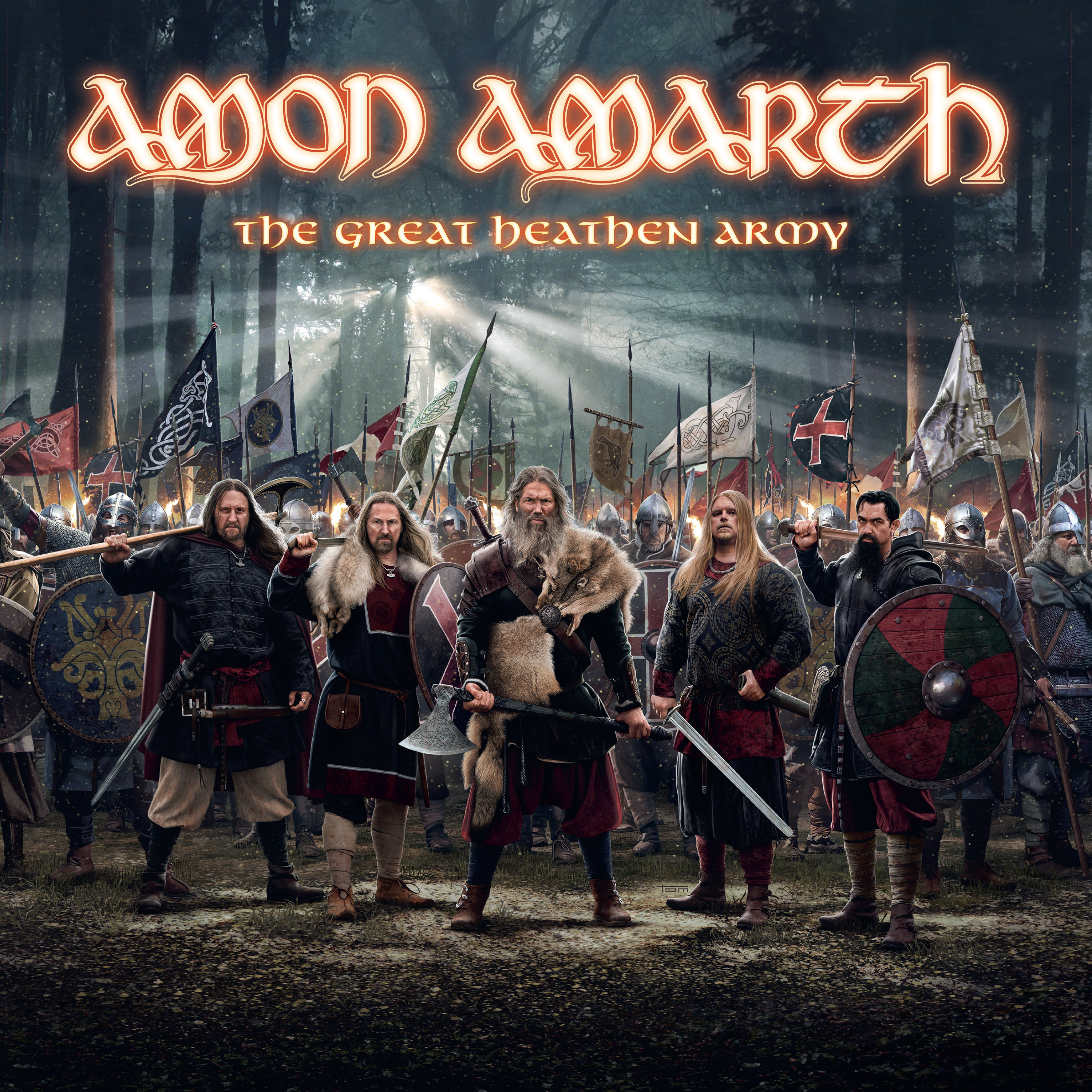 Like countless other bands, the timing of Amon Amarth's latest album was affected by the pandemic. After touring for their 2019 album Berserker was cut short, they returned home and began working on new material a bit sooner than expected. The result is their twelfth full-length, The Great Heathen Army.

The Swedes' brand of Viking melodic death metal has made them one of the genre's most popular and successful bands, known for their rousing live shows. And while they have certainly developed a distinctive sound and style, there are subtle changes from album to album, including this time around.

Frontman Johan Hegg says, "Musically, I would say there are a couple of surprises on there, a little bit of uncharted territory for Amon Amarth. Overall it's one of the heavier albums we've made. There are some dark and heavy songs that are really powerful and in-your-face, but we obviously have some trademark Amon Amarth songs on there as well, and a few surprises. It's a really well-balanced album."

One of those surprises is some melodic singing on "Saxons and Vikings," provided, appropriately enough, by Saxon's Biff Byford. The combination of Hegg's harsh vocals and the catchy and distinctive melodies of Byford make it one of the album's most memorable songs. What makes Amon Amarth albums so appealing is that they contrast heaviness and harsh vocals with memorable riffs and melodic guitars, and that can be heard on every song on the record.

"Get In The Ring" is a strong opener, a mid-paced number with guitarists Olavi Mikkonen and Johan Söderberg delivering melodic leads and solos. "Heidrum" is one of the record's most anthemic tracks, with the opening riff burrowing in your brain and rousing vocals from Hegg.

One of The Great Heathen Army's heaviest songs is "Oden Owns You All," with a melodic guitar solo providing some balance. "Dawn Of Norseman" is the epitome of a Viking song, with some of the album's best riffs. It's also the most dynamic song, with a subdued section halfway through that amps back up in time for a grandiose finish.

Lyrically, there are plenty of tales about Vikings and battles, such as the title track, which recounts the invasion of England by the Viking fleet back in 865. Hegg also uses mythology and history to inspire or relate to modern issues, such as showcasing the power of perseverance in "Find A Way Or Make One."

The production on the album is pristine, thanks to legendary producer Andy Sneap (Judas Priest, Accept, Megadeth). He has produced a couple of previous Amon Amarth albums (2013's Deceiver of the Gods and 2016's Jomsviking). He is able to expertly capture Amon Amarth's power and heaviness, giving it enough polish without sounding overly slick.

There's not a lot of variety in Amon Amarth's vocals, which tends to overshadow what's going on with the rest of the band in terms of musical variety. The Great Heathen Army is consistent and fairly predictable, but it's also well executed and offers a lot more interesting and memorable moments than Berserker, which should please the loyal horde of Amon Amarth fans. 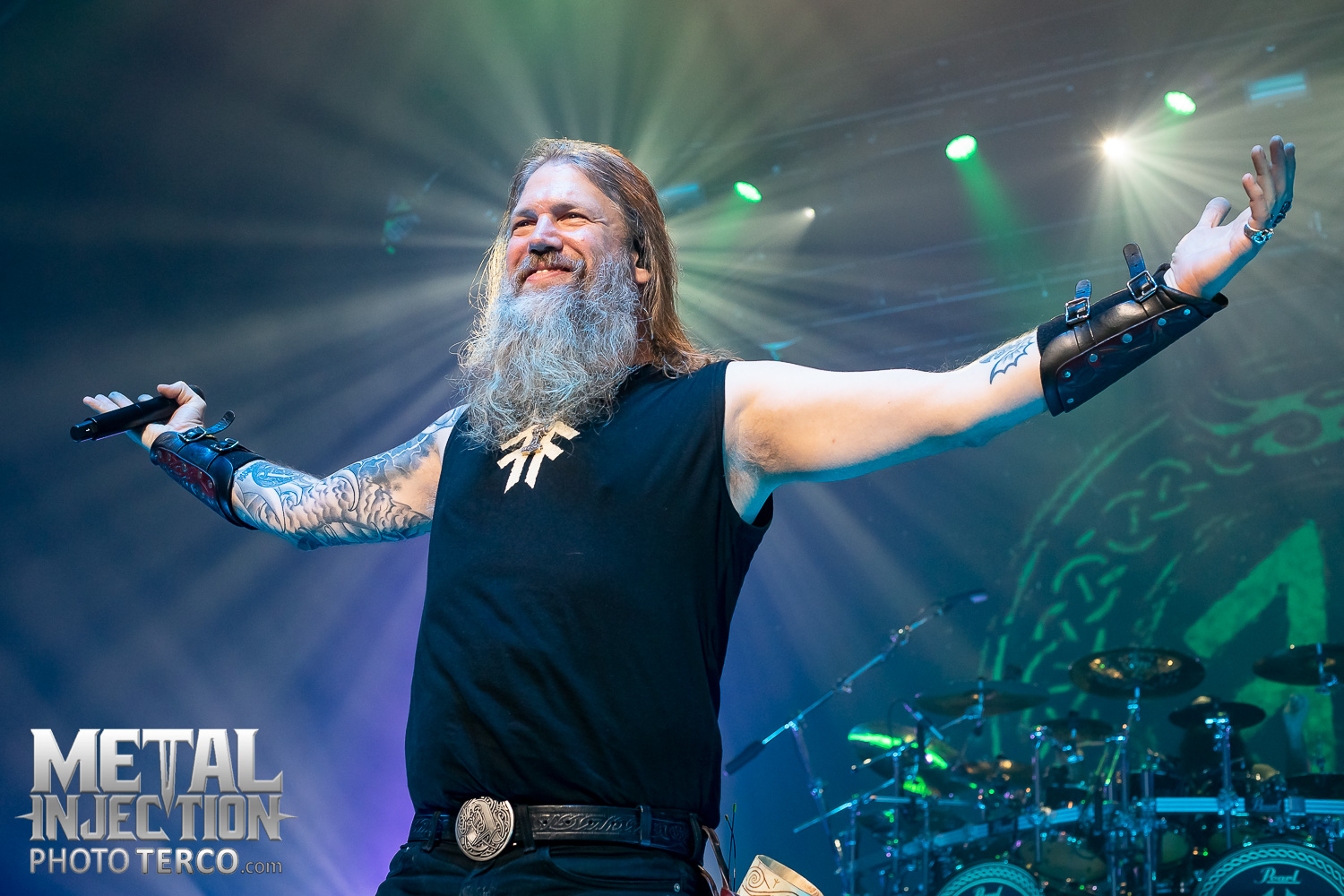 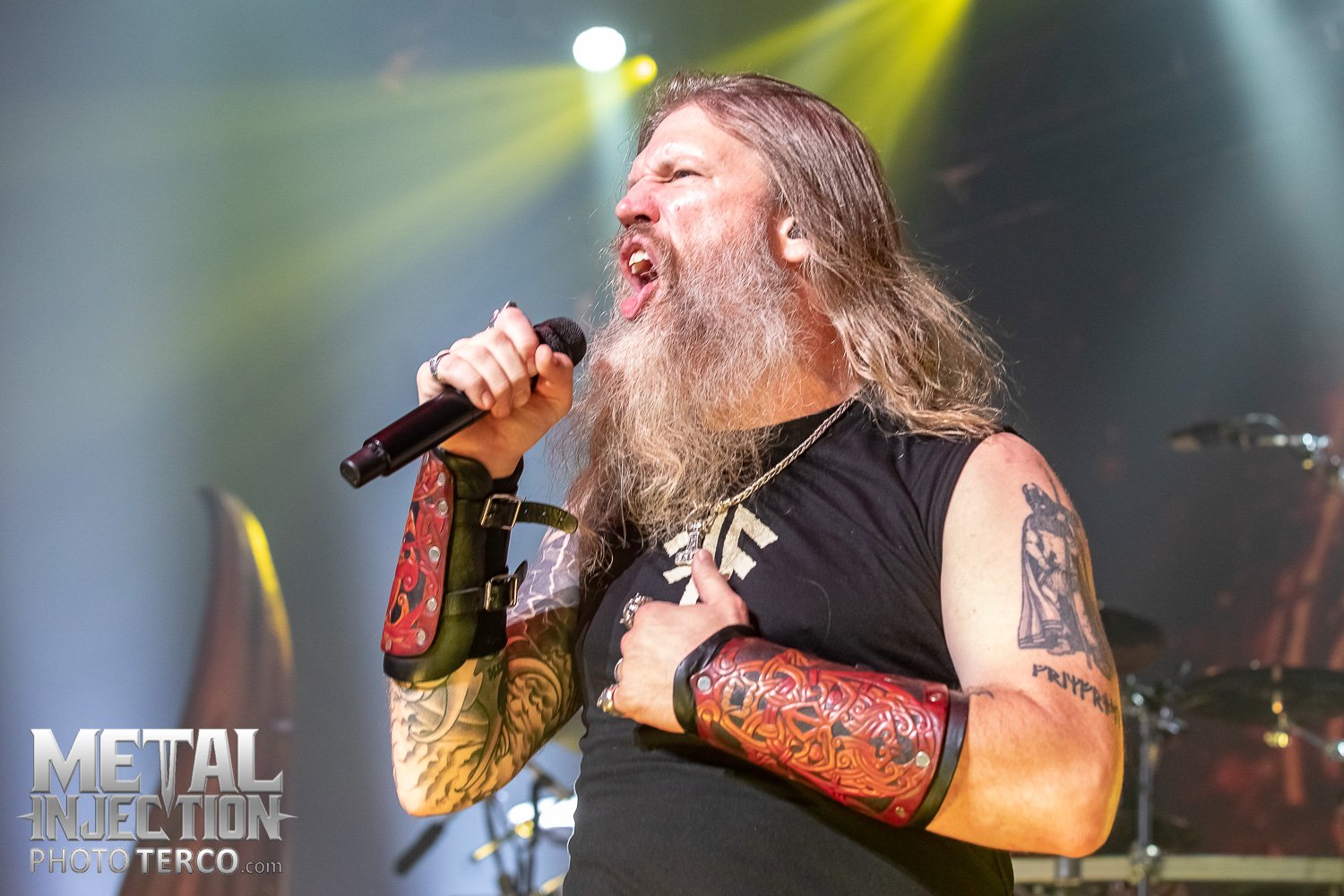