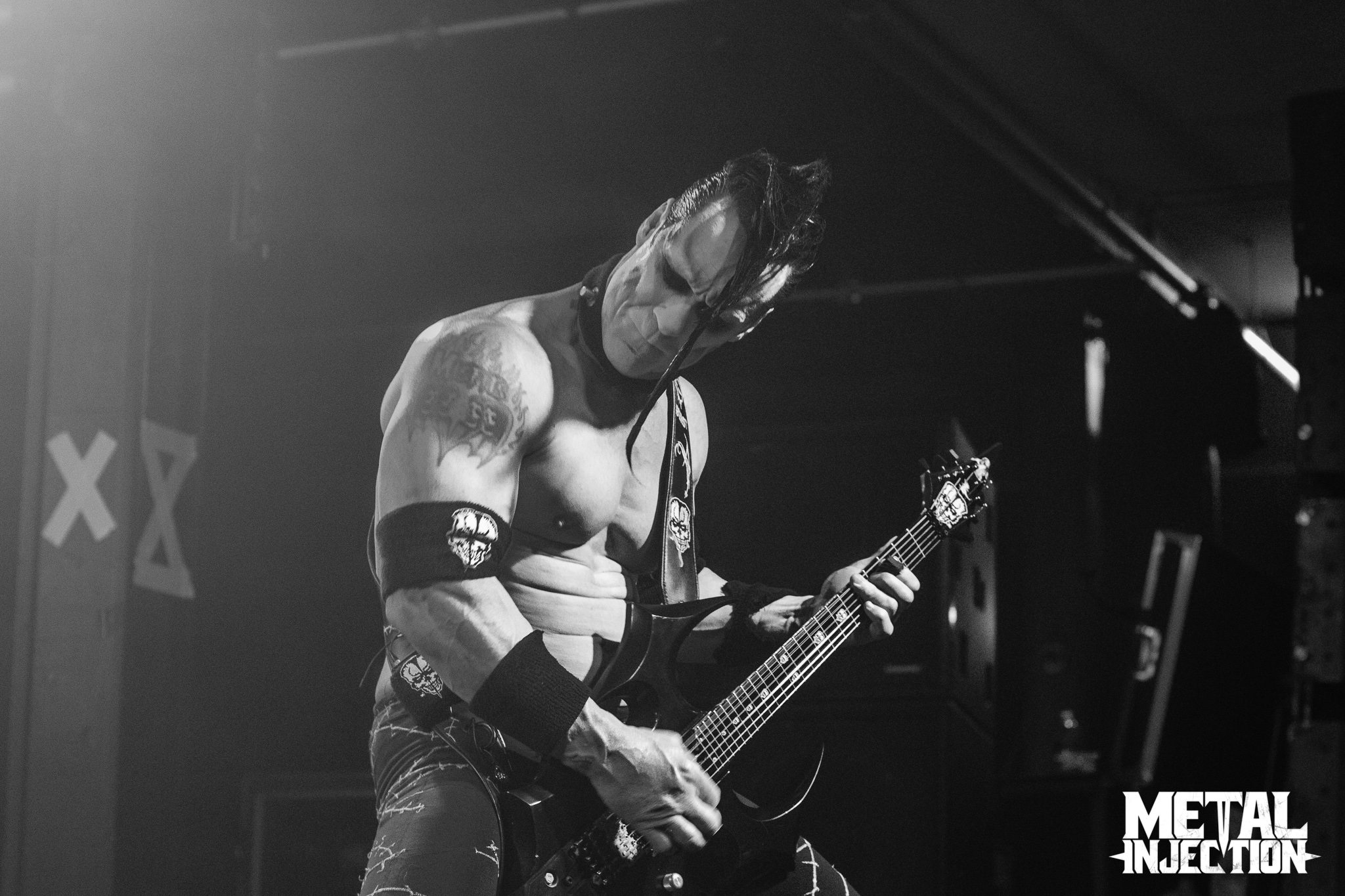 Doyle Wolfgang von Frankenstein. You know who he is. The legendary guitarist with the legendary stage presence from the legendary band, the Misfits. And after an all-too-long two year hiatus from touring, Doyle and his solo project, featuring vocalist Alex Story (Cancerslug), once again donned the giant platform Newrock cruelty-free boots and hit the road. We caught up with them at Reverb in Reading, Pennsylvania on one of the early stops of the Abominate the World: As We Die Tour 2022.

I'm not sure how many times I've seen Doyle live. Whether it's been with Danzig, the Misfits or with his previous project, Gorgeous Frankenstein. Let's say I've seen him every opportunity I can get. There is one unmistakable characteristic with Doyle – and that is you know exactly what you're going to experience. Doyle, with his own vegan-strapped, handcrafted graphite guitar in tow, is going to tear apart the stage like the colossal linebacker that he is. His signature downpick style has not wavered nor has his ability to blow the perfect bubble gum bubble in the middle of a solo. At 57 years young, he has more energy and stamina than many half his age. He owns that stage. He owns that room and no matter what the conditions, he's going to give you your money's worth.

Touring in support of both of his solo records, Abominator and Doyle II: As We Die, respectively, fans were treated to a dastardly mix of tunes from both. This included the blistering "Abominator" – which absolutely rips live – as well as other standouts like "Beast Like Me," "Kiss Me As We Die," and "Headhunter." What added to the experience was the near-perfect sound from the stage, which is difficult to do in a cavernous club like Reverb. Not too loud and not too much bass. Good live sound is way underappreciated.

Alex "Wolfman" Story, perhaps in a nod to Glenn Danzig's choice of attire in his Samhain years, donned an S&M-themed mask for the first few songs which he delivered with his signature swagger and Alabama rebelliousness. Story continues to be the perfect compliment to Doyle on stage and the two interact in a manner that's both familiar and feral at the same time. You also have to love Story's visible Doyle Wolfgang von Frankenstein tattoo.

It appeared to be a mix of fans there with some, including one very young fan up against the rail, wearing Misfits makeup and/or attire and some who were clearly there to see Doyle perform his solo work. There also seemed to be some local metal fans from the surrounding area who were just interested in checking out a show for the first time in months, if not years. While it will certainly take some time to get things "back to normal," it was a good feeling to see familiar faces again at venue that was back to full service.

This tour is your chance to get up close and personal with Doyle with most of the shows in small clubs. This is much more intimate experience than you're ever going to get with him at the large arena shows featuring the Misfits. And while you should most definitely see the Misfits live any chance you get, Doyle is clearly pumped for this current tour and the experience is well worth the price of admission.