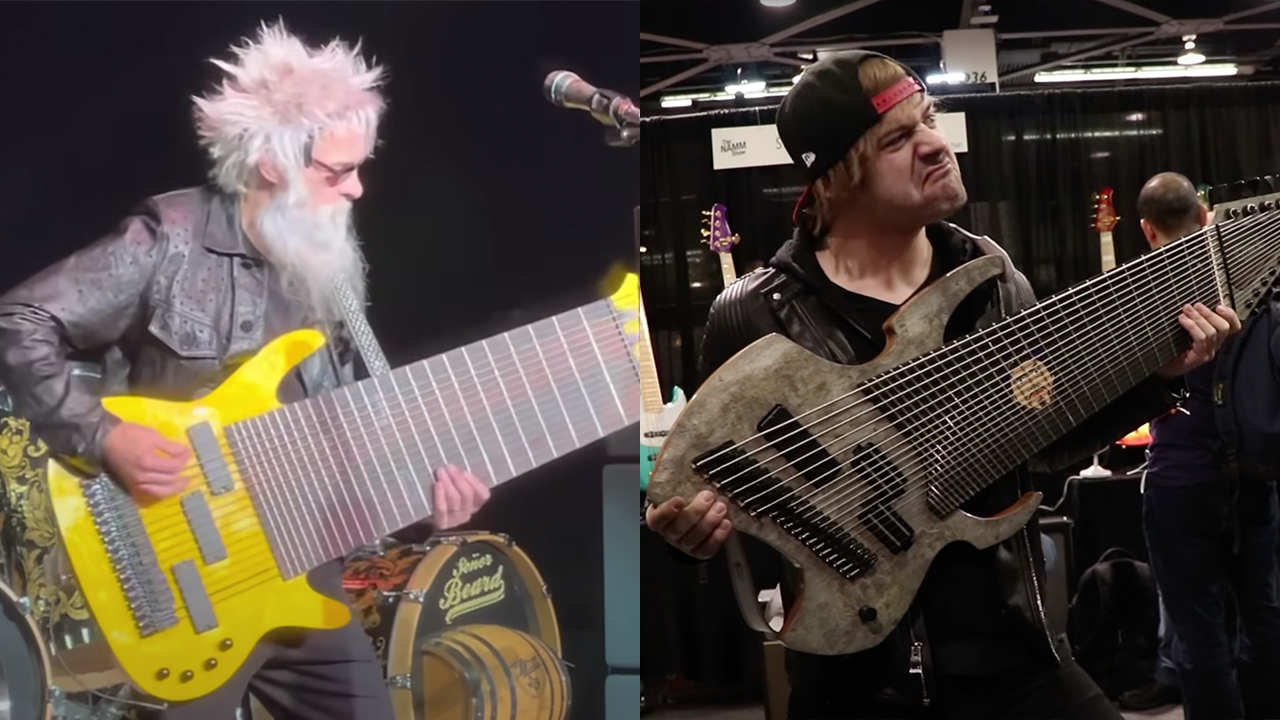 ZZ Top bassist Elwood Francis took the stage on November 5 with a 17-string bass and the Internet took notice immediately. Though if you really zoomed in on the neck of the monstrous bass, you'd notice a faint "JD" inlay at the 12th fret. This led everyone to assume that the bass was some kind of cheap knockoff of Jared Dines' signature 18-string Ormsby, which makes sense considering Francis said he only bought the bass after seeing a photo on the Internet somewhere.

Now Francis has addressed the bass being a knockoff in an Instagram post, confirming it's just some goofy Chinese knockoff and that he hopes Dines isn't pissed about it.

"Well now… I thought I’d use this bass once or twice for no other reason than amusement. It’s such a strikingly absurd instrument. We’d all laugh and then move on to something else.

"However, it’s gotten too much attention to not talk about the guy that actually came up with the idea: Jared Dines. The bass I play is a Chinese made POS. It’s a mid copy of something he plays and he’s probably all pissed off. I don’t know if he designed it but the cat’s an amazing musician and sees me playing simple ass bass lines that I could play with one string, while he has worked up music to make use of the damn thing. Dude has moved beyond the 17 string and I’d suggest checking him out just to see what he does with it. I just hope he has a sense of humor."

Dines has since responded and is completely cool with it. "Not pissed at all!" he said. "I thought the picture of you playing it was photoshopped at first. I love that it’s real! Guitars are modified and remade all the time, I’m glad you had fun with it." Which honestly is the best attitude to have about the situation – concepts are just concepts, even when they're outlandish. Plus the Ormsby and whatever Francis has don't exactly look identical, and the only reason I'd imagine this all came up is because of that "JD" inlay.

Oh and yes, Francis had a great sense of humor about it too, adding "Dude, I cannot believe you play these things!! We thought it was a joke but then find out about you and watched some videos. Bravo motherfucker!! The jokes on me cause I have play that bootleg piece of shit."